Unused vaccines headed to one billion – North needs to act 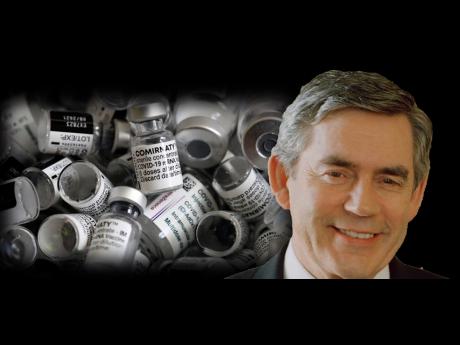 EDINBURGH – With low-income countries in Africa and elsewhere still imploring rich countries to stop stockpiling millions of unused COVID-19 vaccines, there are still real doubts as to whether the United States and Europe will honour the promise made at this year’s G7 summit to vaccinate the world by the end of 2022.

For many months earlier this year, Western governments could at least say that there was not enough vaccine supply to meet global demand. But, we are now producing 1.5 billion vaccines every month. As I write this, around 300 million doses of vaccines are lying unused, hoarded in warehouses or on their way to fulfil delivery contracts that have been monopolized by Western countries. As a result, the World Health Organization’s September 2021 goal of vaccinating at least 10% of the population in every low-income country – the basic level needed to cover health workers and the elderly – remains unrealized.

According to a major study by the research firm Airfinity, the number of unused doses will reach one billion by this December. To put that staggering figure into perspective, it is enough to meet our year-end goal of vaccinating 40% of the African population.

Making matters worse, Airfinity shows that if we do not act, 100 million unused vaccine doses will have passed their expiration dates by the end of this year. And if we cannot airlift surpluses to where they are needed on a schedule that preserves a two-month shelf life, this figure could rise to 241 million. Either way, that is near-criminal wastage.

Exaggeration comes easily to politicians. But it is no overstatement to say that unless more vaccines, diagnostics, and treatments are made available to the Global South, there could be at least one million more COVID-induced deaths over the next year.

We know that more than 100,000 lives have been saved in Britain, owing to the administration of fewer than 100 million vaccine doses. Allowing 200 million or more doses to be wasted is thus tantamount to condemning hundreds of thousands of unvaccinated people in low-income countries to unnecessary suffering or death.

The upshot is that at Biden’s vaccine summit this week, more lives hang in the balance than at any other peacetime gathering that I can recall. If the West does not deliver the necessary supply of vaccines to the rest of the world, low-income countries will have little reason ever to trust it again. Failing to transfer millions of surplus doses to those in desperate need would be a grotesque failure of the most basic test of human solidarity and decency.

And so for world leaders convening at the UN this month, the stakes could not be higher. We are at a make-or-break moment to mitigate the monstrous, unforgivable vaccine inequality that has prevailed so far.

The data compiled by Airfinity suggests that 200 million doses can be transferred immediately to the COVID-19 Vaccine Global Access (COVAX) facility and the African Vaccine Acquisition Trust for distribution across Africa and other low-income countries. That would be enough to meet the WHO’s 10% target for every country. Moreover, Western countries can send the same amount of additional doses – around 200 million – to COVAX each month thereafter. That would be enough to address Africa’s deficit of nearly 500 million doses, ensuring that some 40% of the continent’s population is vaccinated by the end of the year, in line with the WHO’s goal.

We have seen how vaccine nationalism leads to inequality, wastage, and far too many avoidable deaths. Not only is this approach self-serving; it is self-defeating. The longer the disease is allowed to spread in low-income countries, the greater the likelihood that it will develop new variants that will come back to haunt even the fully vaccinated.

This basic truth lies at the heart of pleas that have been building this week from African leaders, former heads of state and government, the Pandemic Action Network, and groups like The Elders. NGOs and faith leaders in the Global South have issued statements calling for immediate action to prevent an epic moral catastrophe.

In a global health crisis born of a highly infectious and communicable disease, there is no alternative to collective global action. This week’s vaccine summit represents the rich world’s best chance to show that it means what it says.

Gordon Brown, a former prime minister of the United Kingdom, is United Nations Special Envoy for Global Education and Chair of the International Commission on Financing Global Education Opportunity.