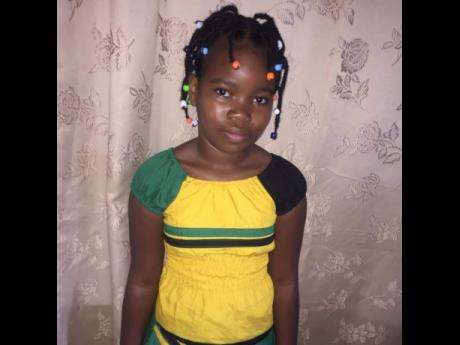 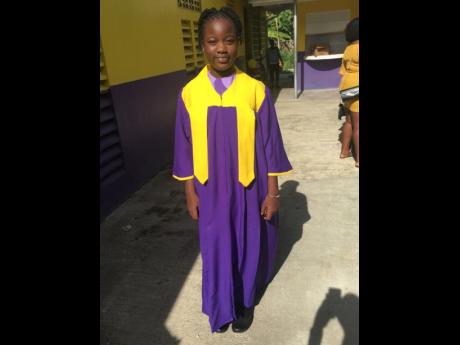 There were tears and screams of joy in St Thomas and all over the country on Friday as nine-year-old Phylisa Prussia was found in Arcadia, St Thomas, on Saturday following a two-day search. Moments after she was found, news spread that there had been a second abduction from the community: 13-year-old Winshae Barrett.

A DESPERATE plea for the safety of her abductor was the first thing that reportedly left the trembling lips of an obviously traumatised nineyear-old Phylisa Prussia, when she was found in Arcadia, St Thomas, on Saturday following a two-day search.

Hundreds of people had been combing various sections of St Thomas and Portland since the young girl vanished from her home in Bath, St Thomas, on Thursday evening.

CCTV footage had shown her being led away by a man armed with a knife.

Yesterday, there were tears of joy as Phylisa was found in bushes in Arcadia, miles away from her home.

A police officer, who was among scores of cops who partnered with residents of nearby communities in the massive search operation, said that they had visited Arcadia after reports that a person of interest in the case was spotted in the area.

“We went to Arcadia where we saw the suspect, but he eluded us,” said the cop. “We followed the track, which led us to a bamboo root where we saw two jelly weh cut, we see a cheese bread bag, box drinks box and two cut cups. So I said to the team, ‘The child is not dead. The suspect is feeding her’,” he shared.

Trailing footsteps along muddy pathways which led deeper into the woodland, the search party would later come upon the frightened nine-year-old.

“When mi guh into the woods, mi see the victim standing, trembling like a leaf and I shouted, ‘Phylisa! Phylisa!’ and ran and hug her up. I said, ‘What happen, baby?’, and she looked at me and said, ‘Please don’t kill him. Please don’t kill him. He said someone hurt him and he’s not going to hurt me. He’s going to protect me … . He wants to take me to Portland’.”

Revealing that he is also from the Bath community and also has a young daughter, the tearful, obviously tired cop shared that his response to her was simply, “Everything is going to be alright.”

“It was a huge community effort, led by the police and community support from other agencies – Child Protection and Family Services Agency (CPFSA), Jamaica Defence Force, Fire Brigade and other agencies. It takes a lot of work, but everybody stuck it out, particularly the community,” he shared, adding that a major search effort was still on to locate the suspected abductor, who has another matter pending in the courts.

When the young girl was rushed to hospital, family members and well-wishers erupted in applause.

“We hunt bush in a water boot. We tell wiself seh we nah give up until we find her and we finally did, and we are happy, overjoyed right now. We had to walk seven miles in much woodland, but God worked it out that we find her,” said cousin Sheryll Jones. “We give thanks to everybody that helped us search, their prayers and support … . We can sleep tonight.”

CPFSA CEO Rosalee Gage-Grey said the agency had been providing counselling support to the family, even as they assisted in the recovery efforts.

“This event has been a traumatic ordeal for the entire family. Our first responders visited with the family on Friday, and have been on the ground as part of our multiagency efforts to find Phylisa. Our officers will continue to offer the necessary intervention to her and family,” Gage-Grey said in a release.

TRIUMPHANT CELEBRATIONS of the successful two-day search mission to locate abducted nineyear-old Bath resident, Phylisa Prussia, were abruptly cut short in the St Thomas community when another family in the Bottom Yard area raised an alarm that 13-yearold Winshay Barrett had now vanished.

Reports are that, some time after 5 p.m., the teen had accompanied her older sister to the back of their yard to feed pigs.

Upon catching water at a pipe on the property, the sister raised her head to realise that Winshay was nowhere in sight.

A further search confirmed that the teen had gone missing.

The girl’s mother fainted upon hearing the news and was rushed to hospital.

The news intensified search efforts which were still ongoing to locate a suspect in Phylisa’s abduction.

Several soldiers and police officers, who were earlier deployed in the earlier mission, were now engaged in the efforts to locate Winshay.

Superintendent Allison Byfield told The Sunday Gleaner that she was unable to confirm allegations that the suspect in Phylisa’s abduction may be connected to Winshay’s disappearance.