A fall from Grace 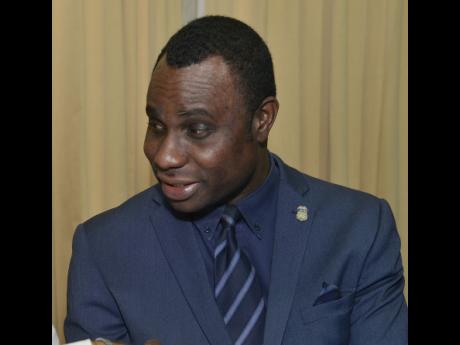 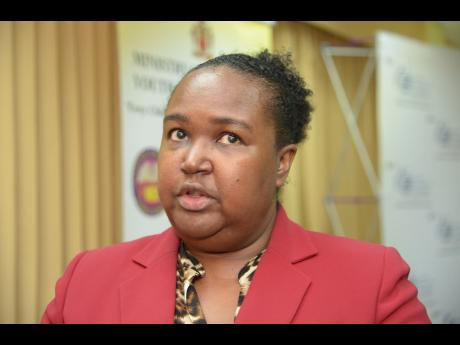 With $124 million unaccounted for, there needs to be a serious probe into the operations of the Ministry of Education. Based on the findings of the Auditor General, Pamela Monroe Ellis, shared that both Dean-Roy Bernard and Dr Grace McLean, have failed in their duties.

Minister urged to call in cops as Bernard, McLean under scrutiny for $124m spend

WITH THE Ministry of Education unable to account for how $124 million in taxpayers’ money was spent by the Cecil Cornwall-chaired Joint Committee on Tertiary Education (JCTE), Auditor General Pamela Monroe Ellis has recommended that Portfolio Minister Fayval Williams ask the police or an anti-corruption agency to further investigate the matter.

Bernard is currently involved in a court battle with the Government after he was transferred from his substantive post as permanent secretary to the Ministry of Finance and the Public Service.

The auditor general reported that on January 4, 2017, Bernard wrote to the commissioner general of Tax Administration Jamaica requesting a taxpayer registered number (TRN) for JCTE, which was granted the following month.

The TRN enabled the direct transfer of funds from the ministry to the JCTE.

After obtaining its TRN, the JCTE informed the HEART/NSTA Trust of its own banking credentials for a current account held in the name of ‘JCTE’ at a commercial bank.

Subsequent payments to JCTE from HEART/ NSTA Trust and the ministry were made to this account.

Monroe Ellis said that based on information provided by the executive director of the University Council of Jamaica (UCJ) , Bernard held a meeting on June 26, 2017, with JCTE executives and the UCJ to seek clarity on the role of JCTE.

However, the records revealed that the permanent secretary facilitated the issuance of a TRN to JCTE in January 2017 despite being uncertain of the committee’s role.

26, 2017, meeting with Bernard, the council took a decision at a meeting in June 2017 to “maintain an arm’s length relationship with JCTE”.

Monroe Ellis revealed that based on HEART Trust’s financial records, $75 million was transferred to JCTE between September 2017 and September 2018 to train 250 students in the Occupational Associate Degree (OAD) programme.

At the same time, the decision to transfer funds directly to JCTE in order to fund a unit within the education ministry was questionable, said Monroe Ellis, given that the project charter gave management responsibility for the programme to the ministry via the Centre of Occupational Studies (COS).

The auditor general reported that the HEART/ NSTA Trust could not confirm that the $75 million transferred to JCTE was utilised to provide funds to COS in the ministry as stipulated in the project charter. McLean indicated that the ministry did not receive any funds from JCTE. As uncovered in the auditor general’s report on the Caribbean Maritime University in December 2019, JCTE funded an “appreciation dinner”for Bernard in November 2017 to the tune of $434,114.

The party was held the same year the permanent secretary took the decision to facilitate JCTE being assigned a TRN, thus enabling the direct transfer of funds to JCTE from amounts deducted from OAD tuition grants in addition to other transfers.

At a meeting at the office of the auditor general on January 6, 2020, with Cornwall and McLean, the JCTE chairman told Monroe Ellis that he had formed a private company called JCTE Limited in February 2019.

He argued that his company, JCTE Limited, replaced the Government’s special advisory committee (JCTE), and on that basis he had no legal responsibility to provide the requested information to the auditor general.

In her probe, Monroe Ellis found that between February 2019 and June 2020, the education ministry, under the leadership of McLean, transferred sums totalling approximately $75.9 million to JCTE using its TRN. The auditor general reasoned that based on Cornwall’s arguments, his private company would have obtained government funds under false pretence.

“If the ministry is accepting the position of the chairman that the ministry did business with a private entity, then this is a matter which must be further investigated

to determine whether a fraud has been committed by a private institution using a TRN for a government institution to receive money under false pretences,” Monroe Ellis argued.

In response to an earlier request to the acting permanent secretary in November 2019 for access to JCTE records, McLean shared correspondence from Cornwall.

The letter stated, among other things: “We reiterate that the JCTE is a private entity and do not, under any circumstance, have the legal authority to tender any such documents to the ministry.”

However, Monroe Ellis said she informed both Cornwall and McLean that her department’s focus was restricted to the operations of JCTE, the advisory committee, and not the private entity which was established in February 2019, as all transfers of funds were executed using the government-designated TRN issued.

Monroe Ellis further argued that JCTE Limited had no legal basis to obtain money from the Government.

The guardian of taxpayers’ money declared that neither Bernard nor McLean sought to determine whether there were legal grounds for transferring millions to JCTE.