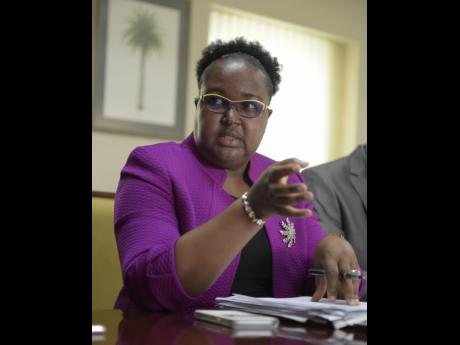 Sending Grace McLean on leave is the first step in trying to fix the many issues that seem to be plaguing the Ministry Of Education. For some, this should have happened two years ago with the arrest of the former minister, Ruel Reid. Now, the Government has the opportunity to make radical changes and start fresh. The education ministry has not been delivering, and it is unfair to the people of Jamaica.

A fresh start for education?

THE GOVERNMENT’S decision to send Dr Grace McLean on leave is an important, if belated, first step towards winning public confidence for any investigation into the quagmire of cronyism, corruption and incompetence that seems to pervade Jamaica’s education establishment.

Dr McLean, the education ministry’s acting permanent secretary, should have stepped aside two years ago, in the wake of the arrest of the former education minister, Ruel Reid, and Auditor General Pamela Monroe Ellis’probe of the Caribbean Maritime University (CMU).

That earlier investigation suggested that not only may a corrupt cabal have been operating under Dr McLean’s nose while she was the chief education officer, but that she might have been subject to conflicts of interest during the goings-on at the CMU. Then there were her flaccid, unconvincing performances at the hearings of Parliament’s Public Administration and Appropriations Committee (PAAC) into various lapses in fiduciary probity at the education ministry and its agencies.

Having missed that, and other earlier opportunities, to signal that it is deadly serious against even the perception of corruption, the Holness administration now has a chance to do something radical – and potentially game-changing.

It might consider abandoning the education ministry and creating a new institution, with fresh leadership and a transformative mission for teaching and learning in Jamaica. The point is, the education system has not delivered. Jamaica cannot continue to merely plod along.

Accountability, though, has to be the starting point of transformation. That is why Ms Monroe Ellis’ suggestion that the findings of her report into the Joint Committee for Tertiary Education (JCTE) be referred to the police, “or a designated anti-corruption agency”, should be robustly pursued.

HOW DID IT HAPPEN?

Beyond the auditor general’s determination that approximately J$200 million of taxpayers’ money appears to have fallen into a black hole (without the accountable people being able to say why or how), it will be useful to understand how an advisory body to education ministers, the JCTE, morphed into a wholesaler of education services, before being hijacked and transformed into a private body. All of this happened without any of the watchdogs noticing and raising an alarm. Or, they may have been, at least at the start, entirely complicit.

In 2016, for reasons not adequately explained – although we are sure it made perfectly good sense to those who fashioned the scheme – the Government’s training arm, HEART Trust, entered an agreement with the JCTE for the training of some HEART students at tertiary-level institutions that were members of the JCTE. That year, there was another agreement between HEART and the JCTE.The latter’s members would deliver associate degree training to students, paid for by HEART.

As the auditor general noted in this report, as well as in an early audit of HEART, the chairman of the JCTE, Cecil Cornwall, was a member of the HEART board that agreed to the deal. Of the 19 institutions that delivered the training, the one privately owned by Mr Cornwall wrangled the most students, earning 16 per cent (J$102.3 million) of the J$649 million spent on the project. Mr Cornwall’s institution also earned other smaller sums from HEART on other training projects.

There is another twist to this saga. While the education ministry’s Centre for Occupational Studies was named in an agreement as the manager for one of the programmes, for which it would receive 20 per cent (later reduced to 10 per cent) of what HEART paid to finance the project, that money would reach the ministry via the JCTE. Those payments, based on HEART’s ledgers, generated J$75 million, according to the auditor general’s report. But the education ministry has no record of receiving the funds. At the same time, the education ministry transferred J$124 million to the JCTE for the same project.

There are three further seriously damning revelations in the Monroe Ellis report.

First, up to 2017, before the JCTE had completed its metamorphosis into a private professional body, the University Council of Jamaica (UCJ) provided secretariat services to the advisory council. Funds for the JCTE passed through the UCJ’s accounts – until Dr McLean’s predecessor, Dean-Roy Bernard, caused the Tax Administration of Jamaica (TAJ) to issue a Tax Registration Number (TRN) to the JCTE. It is a government policy for its agencies to possess this unique number to conduct business. The assumption, therefore, is that the TRN that facilitated the business activity of JCTE is government property.

However, according to the auditor general, when Mr Cornwall was asked to supply financial records of the JCTE, as part of this probe, he declined. He argued that it was a private entity, which, in 2019, he had registered as a professional organisation called JCTE Limited. Yet, between February 2019 and June 2020, the education ministry transferred nearly J$76 million to JCTE using the education ministry’s TRN.

Finally, despite being alerted to the anomaly, the education ministry, between April and June 2020, transferred a further J$11.2 million to JCTE. Dr McLean’s explanation: the ministry was awaiting a legal opinion on its partnership with the council. “The ministry could not have acted based on word-ofmouth information given at the meeting,” she wrote.

Even before this fiasco, and the myriad other scandals that have involved the education ministry in recent years, education in Jamaica was not in a good place. Around 40 per cent of primary-school students enter high school ill-prepared for secondary education, and many of those who cope need significant shoring up. Fewer than 20 per cent of Jamaican students pass five Caribbean Secondary Education Certificate (CSEC) subjects in a single sitting. This is now exacerbated by the COVID-19 pandemic.

It is hard for anyone to claim that taxpayers get good value for the J$115 billion a year (13.3 per cent of this year’s national Budget) allocated to the education ministry. A fresh start, with new people, may be worth considering.