MP Paulwell all set to visit US with new visa 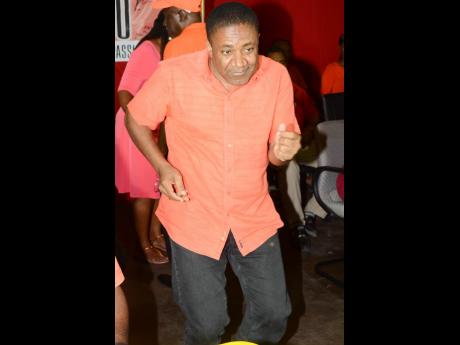 Phillip Paulwell is all set to travel to the US. The MP's visa was revoked two years ago with no explanation. Paulwell says there was no information on why his visa was revoked and that he even reached out to influential persons in the US.

PAULWELL GETS BACK VISA

THE UNITED States has reissued a visitor’s visa to opposition lawmaker Phillip Paulwell just over two years after it was revoked.

The Kingston Eastern and Port Royal member of parliament confirmed on Tuesday that he’s now in possession of the travel document from the US Embassy in Kingston.

“The American embassy has seen it fit to return my 10-year, multiple [entry] visa, unrestricted, and I want to express appreciation to them for the level of professionalism in relation to the processing,” Paulwell told The Gleaner.

He added: “It was a difficult experience for me knowing that I had not done anything to warrant my visa being revoked, but I did continue to have good relations with the embassy.”

Paulwell is scheduled to travel to the US on Thursday.

It does not contain any annotation, a feature of the restored visitor’s visa for government Minister Daryl Vaz, who, along with Paulwell, had his visa revoked in 2019.

He was later issued with a diplomatic visa. Controversial former US Ambassador Donald Tapia has claimed that Vaz’s visa was unfairly revoked and acknowledged lobbying intensely, including writing to US senators, for the decision to be reversed.

Paulwell explained that he still does not know why action was taken against him. The US authorities do not comment on individual visa cases.

“I have been in touch with friends of mine overseas who are influential and they weren’t able to determine a reason,” said the former government minister who, up to recently, was chairman of the Opposition People’s National Party.

He acknowledged rumours that the visa was yanked because of alleged close relations with elements of the anti-US Venezuelan leadership or alleged links with community dons in his constituency.

Paulwell said he applied for the current visa after his American lawyers wrote the US authorities in March. He said the officials indicated that he just needed to submit an application.

The impact of the loss of the visa was not

too significant, Paulwell said, noting that the restriction only impacted seeing some members of his family.

Tapia told The Gleaner that shortly before he took up the post in August 2019, complaints were made against Vaz and Paulwell while the Portia Simpson Miller-led People’s National Party was in office.

Tapia also claimed that Opposition Spokesman Peter Bunting, while he served as minister of national security, requested that Vaz be investigated.

But those claims have been discredited.

The Major Organised Crime and Anti-Corruption Agency denied receiving any such instruction, saying also that it never had any discussions with Bunting on the issue.

Similarly, the Jamaica Defence Force said it conducted no investigations as it had “no jurisdiction” in that regard.