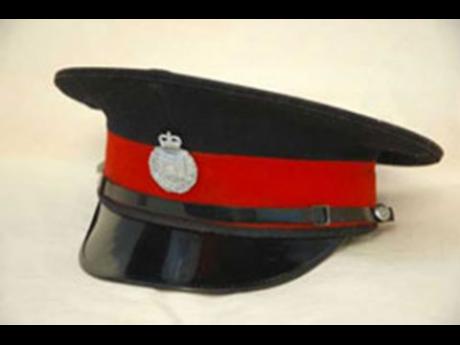 The police are seeking nine former members of the force. The men are said to be wanted for various crimes with corruption being common among them. Some of the cases are said to be over a decade old and at least five of the men are believed to be in the US.

Law enforcement hunting ex-cops on the run; five believed hiding in US

JAMAICA'S CHIEF prosecutor has ruled that criminal charges be filed against a former police constable whose arrest of an elderly man for gun and ammunition offences was undermined by video footage.

Leroy Laud, 61, the taxi operator who was jailed for nearly two years before the video evidence brought an end to his trial, has also filed a lawsuit against the State seeking damages for malicious prosecution and false imprisonment.

However, charges have not yet been laid against the ex-cop, who The Sunday Gleaner will not name, because local lawenforcement authorities have not been able to locate him, multiple sources have revealed.

He reportedly resigned from the Jamaica Constabulary Force following an exposé by The Sunday Gleaner on the Laud case and amid a probe by the Independent Commission of Investigations (INDECOM).

The ex-constable was one of three cops who arrested Laud on July 27, 2017 after a wild chase through the streets of Ocho Rios in St Ann, which ended when the taxi operator was cornered in a shopping plaza in Bucksfield, The Sunday Gleaner reported in February last year, citing court documents and sources.

INDECOM confirmed on Friday that the probe was completed and a report sent to the Office of the Director of Public Prosecutions (DPP).

“The DPP advised that one officer is to be charged,” said a spokesperson for INDECOM, who did not disclose the offence.

“That matter is still being progressed.”

The Major Organised Crime and AntiCorruption Agency (MOCA) is also searching for nine former cops who have been listed as wanted mainly for corruptionrelated offences.

Some of the cases span more than a decade and five of the former law enforcers are believed to be residing in the United States.

“Typically, we would put them on the INTERPOL list, as many of them are usually overseas,” said MOCA press officer Antoinette Morrison, disclosing one of the methods used to apprehend fugitive ex-cops.

INTERPOL is the International Police Criminal Organization that publishes a list of fugitives wanted by law-enforcement authorities across the globe.

At the top of the MOCA wanted list is Wayne Richard Webster, a former special constable who is being sought on a bench warrant for breaches of the Corruption Prevention Act after absconding bail on July 15, 2005, according to MOCA.

The list also includes Marian Beecher, who resigned from the Jamaica Constabulary Force in December 2008, five months before the DPP's office ruled that she should be charged with breaches of the Larceny Act.

Oshane Thompson, another ex-cop who was involved in the Laud case, has since been convicted of murder for the shooting death of popular St Mary entertainer Kriston Pearson, also known as 'Instaboss', during a dispute at a party in the parish on May 17, 2017.

He was sentenced on Friday to life in prison and ordered to serve 20 years and eight months before he is eligible for parole.

Laud admitted, during an interview with The Sunday Gleaner, that at the time of his arrest, the Toyota Probox motor car he was driving was loaded with 14 plastic bags of ganja, weighing approximately 129 pounds.

The traffic stop was captured by a closedcircuit television system installed at a business place near the scene of the arrest and turned over to INDECOM.

The documents obtained by this newspaper included an entry that was made in a police station diary a day after the arrest, which detailed the cop's account of what transpired. It made no reference to any gunfire.

The diary entry indicated that Laud had been charged with possession of, dealing in and trafficking ganja, as well as dangerous driving.

But, according to his attorney, Gaunique Williams, only 30 pounds of ganja was presented a week later when her client pleaded guilty to the drug charges, for which he was sentenced to two months in prison and a fine of $169,000.

Video footage of the traffic stop was turned over to INDECOM, which later acknowledged that it was “aware of a discrepancy in terms of the amount [of ganja] that was in the vehicle and what was reported”.

Two days after Laud's arrest and amid word of a probe by INDECOM, a second entry was made in the station diary, the documents revealed.

The 61-year-old was then charged for illegal possession of firearm and shooting with intent based on claims by the three cops who apprehended him that they twice came under gunfire from a male passenger inside his car during the chase.

The cops acknowledged firing at the Probox because they feared for their safety, but said the gunman managed to escape before Laud's vehicle came to a halt.

After nearly two years in jail awaiting trial, Laud was freed by a judge in the St Ann Circuit Court in January last year after prosecutor Adley Duncan offered no evidence against him.

Duncan, a deputy director of public prosecutions, outlined in court that a review of the video footage revealed a number of “inconsistencies” with the cops' account of the circumstances that led to Laud's arrest.

As an example, he said, a report by the police Scene-of-Crime Unit confirmed that there was no damage to the car in which the then cops were travelling.

Further, Duncan told the court that this was inconsistent with the then cops' account of how the chase transpired “when there are so many bullet holes from the police to the accused man's car”.

“And the spent shell recovered only matched the police guns, even though they say someone else was firing. No other spent shells were found,” he insisted.

In addition, he told the court that the cops, in their account of the arrest, did not disclose that one of them left the scene of the arrest in the Probox and returned minutes later before calling scene of crime personnel to process the area.

“The video has them driving the vehicle away with the ganja and driving it back,” he said.

Laud said doctors have diagnosed him with a severe case of acid reflux that has been blamed on the poor treatment while in custody.

“Stress an me nah eat pan time an dem ting deh,” he said during the interview on Friday, referring to the medical opinion he received from his doctors.

“Me a go doctor from me in deh, enuh … but it get worse since me come out.”

He claimed, in his lawsuit, that the three former cops acted unlawfully and without reasonable and/or probable cause when they arrested, detained and “maliciously” prosecuted him for the gun offences.

“In all the circumstances, the first, second and third defendants actuated malice in causing the indictment to be proffered against the claimant,” the lawsuit said, referring to the three former cops.

The lawsuit was filed in November last year and lawyers for the State have since applied for more time to file their defence.

The Attorney General's Chambers (AGC), in its application made on January 20 this year, explained that the nature of the defence to the lawsuit will depend on instructions that “ordinarily” require an investigation by the Office of the Police Commissioner “regarding the allegations raised”.

It said instructions were requested from the commissioner's office through a letter email on December 17 last year.

However, the AGC said it has been advised that the investigation is still ongoing and that the delay was caused by the outbreak of COVID-19.