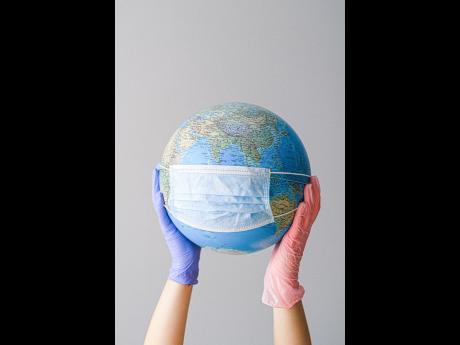 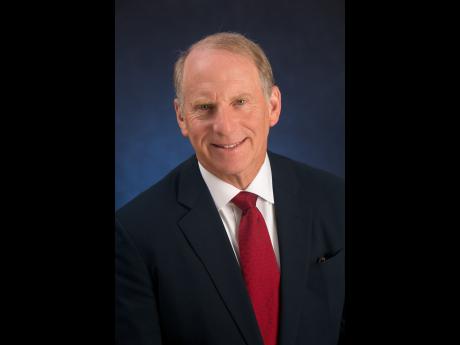 Richard Haass is President of the Council on Foreign Relations.
1
2

NEW YORK – My book, A World in Disarray, was published five years ago this month. The book’s thesis was that the Cold War’s end did not usher in an era of greater stability, security, and peace, as many expected. Instead, what emerged was a world in which conflict was much more prevalent than cooperation.

Some criticised the book at the time as being unduly negative and pessimistic. In retrospect, the book could have been criticised for its relative optimism. The world is a messier place than it was five years ago – and most trends are heading in the wrong direction.

At the global level, the gap between challenges and responses is large and growing. The COVID-19 pandemic exposed the inadequacies of international health machinery. We are entering the third year of the pandemic, but still do not know its origins, thanks to Chinese stonewalling.

What we do know is that more than five million people, and more likely 15 million, have died. We also know that some three billion people (many in Africa) have yet to receive a single dose of a COVID-19 vaccine. And we know that the ongoing pandemic has reduced global economic output by trillions of dollars.

Climate change has advanced. The world is already more than 1° Celsius warmer than it was at the start of the industrial revolution and is on course to get warmer. Extreme weather events are more frequent. Fossil fuel use is up.

Governments have pledged to do better. Their performance remains to be seen; in some cases, including China and India, the world’s two most populous countries, the pledges are noteworthy for their lack of ambition and urgency.

Cyberspace remains akin to the Wild West, with no sheriff willing or able to set boundaries on acceptable behaviour. There is not even the pretence of global cooperation. Rather, we see technology outpacing diplomacy, with authoritarian governments going to considerable lengths to wall off their societies while violating the cyberspace of others to sow political discord or steal technology.

Nuclear proliferation continues. North Korea has increased the quantity and quality of its nuclear arsenal and the range and accuracy of its missiles. And, in the aftermath of the unilateral US decision in 2018 to exit the accord that placed temporary ceilings on Iran’s nuclear capabilities, the Islamic Republic has gone from being a year away from possessing a nuclear weapon to just a few months or even weeks.

Great power rivalry is more pronounced than at any time since the Cold War. US-China relations have deteriorated rapidly, mostly owing to increased Chinese repression at home, trade and economic frictions, and China’s growing military strength and increasingly assertive foreign policy. Against a backdrop of growing economic competition and possible conflict over Taiwan, it is unclear whether the two countries will be able to cooperate on global challenges like public health and climate change.

Russia is arguably even more disaffected with the world order. Three decades after the end of the Cold War, President Vladimir Putin, seemingly ensconced in power for the foreseeable future, is set on stopping or, if possible, reversing NATO’s reach. Putin has shown himself to be comfortable using military force, energy supplies, and cyberattacks to destabilise countries and governments he views as adversarial. The immediate target is Ukraine, but the strategic challenge posed by Putin’s Russia is much broader.

Other developments also offer reason for concern. More than 80 million – one in every hundred people – are displaced. Many times that number are enduring what can only be described as a humanitarian crisis. The Middle East is home to several ongoing wars that are simultaneously civil and regional.

Democracy is in retreat in much of the world, not just in dramatic cases such as Myanmar and Sudan, but also in parts of Latin America and even Europe. Haiti and Venezuela are essentially failed states, as are Libya, Syria, and Yemen. Afghanistan appears on its way to again become a world leader in terrorism, opium production, and misery.

There is one other critical factor: The United States is in greater disarray internally than it was five years ago. Political polarisation is at an all-time high, and political violence has emerged as a serious threat. The peaceful transfer of political power following elections can no longer be taken for granted. This internal reality has in turn accelerated America’s pullback from global leadership after three-quarters of a century. No other country is able and willing to assume this role.

To be sure, some positive developments deserve mention: the rapid creation of vaccines that dramatically reduce vulnerability to COVID-19; new green technologies that reduce reliance on fossil fuels; growing cooperation between the US and several of its partners to push back against a more forceful China; and the simple fact that, so far, great power rivalry has not descended into war.

What would it take to avoid a future defined by disarray? A short list would include widespread vaccination against COVID-19 and new vaccines effective against future variants; a technological or diplomatic breakthrough that would dramatically reduce the use of fossil fuels and slow climate change; a political settlement in Ukraine that promotes European security and an outcome with Iran that prevents it's becoming a nuclear or even near-nuclear power; a US-China relationship able to put in place guardrails to manage competition and avoid conflict; and a US that managed to repair its democracy sufficiently so that it had the capacity to focus on world events.

As always, little is inevitable, for better or for worse. What is clear, though, is that trends will not improve by themselves. Innovation, diplomacy, and collective will are needed to turn things around. Unfortunately, the last two are in short supply.

Richard Haass is President of the Council on Foreign Relations.