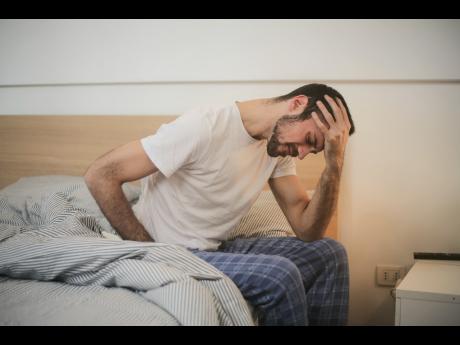 A man suffered painful blood clots after COVID-19 infection The anonymous case study - cited in the Clinical Case Reports, a medical journal - tested positive for the disease and reported experiencing mild symptoms but was left with some unfortunate trouble in the bedroom afterwards.

Three weeks later, he tried to engage in some afternoon delight - after a dry spell prompted by his diagnosis - but was prevented by severe penile pain that went from his groin to his bum.

His pain became more extreme while holding an erection,  and three days later, he took his poor todger for inspection by a urologist, who mandated an ultrasound, which highlighted thrombosis in his manhood.

After two months and a 15mg daily blood thinner prescription, there still was a smaller clot remaining, but his symptoms had largely dissipated.

Medical experts believe this poor fellow is not the only one to have suffered from this affliction as blood clots can occur after contracting the coronavirus, especially if you have been hospitalised.