How to use economic sanctions wisely 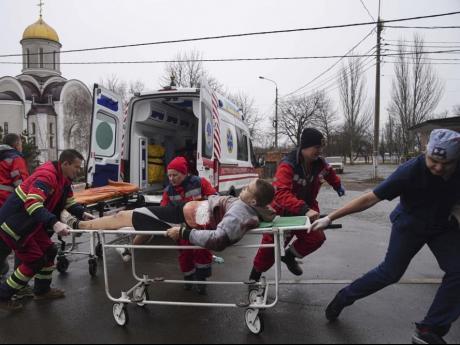 WASHINGTON, DC: To help Ukraine while avoiding a nuclear confrontation between NATO and Russia, the United States and its allies have attacked the Russian economy with trade and financial sanctions on a previously unimaginable scale. But is it the right scale, and are these the right sanctions?

Trade sanctions are prohibitions on exports, imports, or other international transactions – including airline landing rights, asset sales, shipping rights, and port privileges – with a targeted country. Blockades are a well-known wartime sanction, but countries employ sanctions in peacetime as well. The idea is to coerce the targeted country to alter its behaviour, by preventing it from enjoying the benefits of exchange with the rest of the world.

The use of sanctions intensified after World War I, when governments, led by US President Woodrow Wilson’s administration, agreed to address international disputes through economic measures instead of military action. This preference for sanctions over violent conflict resumed after World War II and has become more entrenched ever since. By 2020, the US had imposed sanctions on more than 10,000 entities – 10 times as many as in 2000 – many of them connected to North Korea, Cuba, and Iran. These measures have largely come in the form of prohibitions (or limitations) on trade with the target country.

Sanctions differ from tariffs. Whereas tariffs are usually intended to influence output and employment in the country that imposes them, sanctions’ primary purpose is to change another country’s behaviour through the coercive power of economic hardship.

Historically, sanctions have had only limited success, and their effectiveness has varied widely depending on underlying conditions. When other countries refrain from participating in sanctions, the target country can evade a sanctions regime by doing business with, or arranging trans-shipment through, the holdouts. Until 1991, the Soviet Union regularly played this role by continuing to trade with United Nations-sanctioned countries. Moreover, new smuggling methods and other means of sanctions evasion have emerged over time, making enforcement a constant challenge. The longer sanctions are in place, the more ways businesses and others will find to evade them.

The situation changed in the 1990s, when the UN Security Council started endorsing sweeping sanctions against specific countries. In 1990, it imposed a financial and trade embargo on Iraq in response to its invasion of Kuwait. US sanctions barred American companies from all transactions with entities in Iraq, and additional “secondary sanctions” targeted any activity with companies continuing to do business with Iraq, as well as goods or services with components made in Iraq. Such primary and secondary sanctions can be highly costly for targeted countries, but they have not persuaded governments in Cuba, Venezuela, or North Korea to change their ways.

When Russia invaded Ukraine in late February, US President Joe Biden’s administration announced harsh sanctions on trade with Russia, along with unprecedented financial prohibitions, and most other countries took similar measures. For example, Russian banks have been excluded from the SWIFT financial messaging system for international payments. As a result, Russians cannot use their reserves, receive payments for most exports, or pay for their imports in anything other than rubles or through another payments system.

The effects of these sanctions have been sweeping. Although China has been building its own Cross-Border Interbank Payment System (CIPS), SWIFT still handles the vast bulk of international payments today. Amiyatosh Purnanandam of the University of Michigan has described the barring of Russian banks as “a non-violent nuclear attack on Russia’s economic system.” In response, Russia has been seeking other channels to receive and make payments. For example, Russia has been pressuring India for a rupees-for-rubles arrangement under which it can export oil in exchange for other goods.

But the true extent of the damage to the Russian economy will depend in large part on the European Union, Russia’s largest trading partner. If Europeans stopped importing oil and gas from Russia, the harm to Russia’s economy would be rapid and severe. The problem, of course, is that an energy boycott would entail extreme hardship for Europe as well. Although the US and other countries could help soften the blow, they probably could not make up for the reduction in supply. Moreover, a significant reduction in Russian oil and gas exports to the EU would result in sudden dramatic increases in hydrocarbon prices globally, hitting all energy-importing countries.

While the horrors of the Russian invasion have induced strong public support for sanctions, the question is how long the sanctions can usefully stay in place. The longer they are in place, the greater the risks to the international financial system. As Russia seeks alternative trading and financing patterns, and as other countries start to worry more about their own exposure to potential US sanctions, the SWIFT system will be undercut. If the sanctions regime is relatively short-lived, the hit to SWIFT could be contained. But if China accelerates its CIPS development, the longer-term consequences for the international financial system would be more significant.

Countries that support an open international trade and payments system should recognise these longer-term risks and take whatever measures they can to limit the duration of and fallout from financial sanctions. They can start by supporting the multilateral cooperation and coordination needed to ensure that the sanctions against Russia succeed. But they should also make a firm commitment to increase the supply of oil and gas to EU countries in the meantime and to remove the sanctions when hostilities end.