Is diplomacy between Russia and the West still possible?

Published:Wednesday | May 11, 2022 | 8:11 AMRichard Haass for Project Syndicate
Previous Pause Next 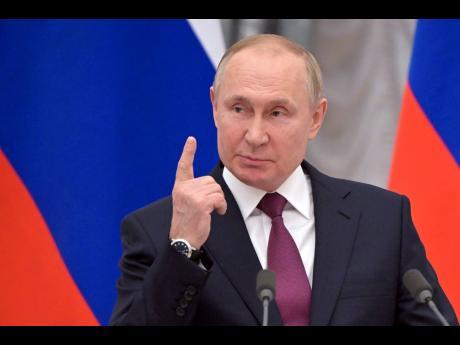 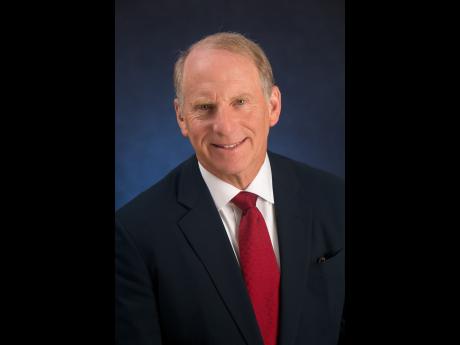 Richard Haass is President of the Council on Foreign Relations.
1
2

NEW YORK: Amid more than two months of intense media focus on the war in Ukraine, one story was largely overlooked. In late April, the United States and Russia carried out an exchange of prisoners. Russia released an American (a former marine) whom it detained some three years ago, while the US released a Russian pilot imprisoned over a decade ago on drug smuggling charges.

What makes the exchange noteworthy is that it took place at a time when Russia’s brutal invasion of Ukraine has brought relations with the US to their lowest point since the end of the Cold War. The US has opted to avoid direct military involvement in the war, but it is doing a great deal to affect its trajectory, including providing Ukraine with large quantities of increasingly advanced arms, intelligence, and training so that it can successfully resist and potentially defeat the Russian forces. The US has also taken steps to strengthen NATO and impose severe economic sanctions on Russia.

The war is likely to stretch on for some time. Although Ukraine’s fundamental interest is to end the war and prevent more death and destruction, President Volodymyr Zelensky’s desire for peace is conditional. He seeks to regain territory that Russia occupies and ensure the country’s sovereignty is respected so that, among other things, Ukraine can join the European Union. He also wants those responsible for war crimes to be held accountable.

Russian President Vladimir Putin, for his part, needs to achieve an outcome that justifies his costly invasion lest he appear weak and be challenged at home. There is little chance that a peace could be negotiated that would bridge the gap between these two seemingly irreconcilable positions. It is far more likely that the conflict will continue not just for months, but for years to come. This will be the backdrop for US and Western relations with Russia.

One possibility for the West would be to link the entire relationship with Russia to Russia’s actions in Ukraine. This would be a mistake, though, because Russia can affect other Western interests, such as limiting the nuclear and missile capabilities of Iran and North Korea, and the success of global efforts to limit the emissions that cause climate change.

The good news is that, as the prisoner exchange demonstrates, profound differences over Ukraine need not preclude conducting mutually useful business if both sides are willing to compartmentalise. But protecting the possibility of selective cooperation will require sophisticated, disciplined diplomacy.

For starters, the US and its partners will need to prioritise and even limit their goals in Ukraine. This means renouncing talk of regime change in Moscow. We need to deal with the Russia we have, not the one we would prefer. Putin’s position may come to be challenged from within (or he may succumb to reported health challenges) but the West is not in a position to engineer his removal, much less ensure that someone better replaces him.

Likewise, Western governments would be wise to put off talk of war crimes tribunals for senior Russian officials and stop boasting about helping Ukraine target senior Russian generals and ships. The war and investigations are ongoing, and the Russians need to see some benefit in acting responsibly. The same holds for reparations.

Similarly, although Russia will likely find itself worse off economically and militarily as a result of initiating this war of choice, the US government should make clear that, contrary to Secretary of Defense Lloyd Austin’s remarks, America’s goal is not to use the war to weaken Russia. On the contrary, the US should underscore that it wants the war to end as soon as possible on terms that reflect Ukraine’s sovereign, independent status.

As for the war in Ukraine, the West should continue to provide support for Ukraine and prevent escalation by avoiding direct combat. The Kremlin, though, should be made to understand that this restraint is premised on its not widening the war to a NATO country or introducing weapons of mass destruction, at which point such self-imposed Western limits would disappear.

The West also should consider carefully its war aims and how to pursue them. The goal should be that Ukraine controls all its territory, but this does not necessarily justify trying to liberate Crimea or even all of the eastern Donbas region by military force. Some of these goals might be better sought through diplomacy and selective easing of sanctions. But, until Russia’s behaviour changes, sanctions should not just remain in place but be extended to cover energy imports that are funding the Russian war effort.

Diplomacy is a tool of national security to be used, not a favour to be bestowed, and it should continue to be pursued with Russia. Private meetings between senior civilian and military officials of Western countries and Russia should resume, in order to reduce the risk of a miscalculation that could lead to confrontation or worse, and to explore opportunities for limited cooperation.

It may well be that constructive relations with Russia do not emerge until well into a post-Putin era. But this in no way alters the West’s interest in seeing that relations do not fall below a certain floor in the interim.

Richard Haass is President of the Council on Foreign Relations.