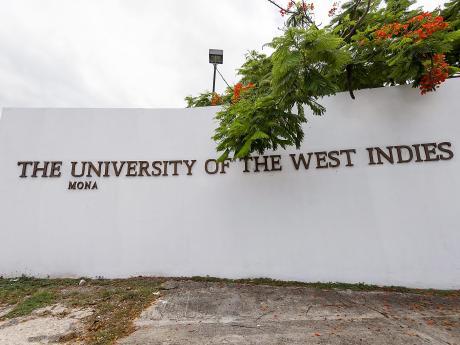 Students and staff at The UWI Mona campus are concerned about their safety as a female student was sexually assaulted on the campus. The guild president is asking for revamped security measures and she is also requesting that special arrangements are made for the victim to complete her exams.

UNIVERSITY OF the West Indies’ (UWI) Guild President Danielle Mullings has appealed to the Mona Campus administration to implement comprehensive, long-term security plans to mitigate against attacks in the wake of the sexual assault of a female student on May 5.

Concerns among the female population on the 653-acre campus have heightened, said Mullings, as students returned for face-to-face instruction amid a retreat of the coronavirus pandemic.

The guild president has requested another review of campus security in order to identify vulnerable areas that may require increased patrols. She also urged administrators to have further consultations with the student community.

“As guild president, and not only guild president but also a woman, it is disheartening to hear that this is happening on campus, ”Mullings said in a Gleaner interview.

The UWI issued a statement on Tuesday confirming the 2 p.m. assault of the student in a restroom in the vicinity of the Annex and Senate buildings.

Both campus security and the Jamaica Constabulary Force are investigating the matter.

The university said it has offered psychosocial support for the student.

Since the incident, The UWI’s security team said it has increased monitoring of restrooms, adding that lavatories in extremely remote locations will be kept closed until further notice.

The UWI will also be clamping down on loitering.

Despite an announcement that The UWI will be incorporating more technology into its security services, including the installation of additional surveillance cameras and panic alarms, the guild believes that more sweeping reform is needed.

“I think that’s a good start, but I think that overall, we have to look at who we are allowing on our campus,” said Mullings.

She has called for enhanced verification and tracking of visitors to the campus.

Mullings is particularly alarmed that the May 5 assault occurred in the vicinity of the Annex and Senate buildings, where key administrative offices are located, which she expected to be better guarded.

“If that can happen there, what can we say about the rest of the university space in terms of security?” the guild president asked.

She has also requested that special exam arrangements be made for the student.

Professor Ian Boxill, deputy principal, sought to assure the student community that their well-being was the university’s “top priority”.

“We have reached out to the family of the student and will continue to dialogue as we continue to support our student in this difficult time,” Boxill said.