Lack of water affecting livelihood in some communities 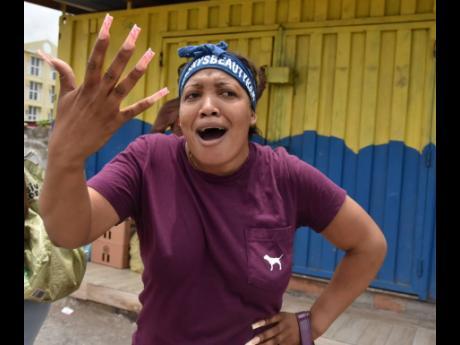 Residents in some Kingston communities say the lack of water is the norm for them. They complain that they go up to three weeks at a time without water and they have to visit standpipes with containers to transport the water home. The lack of the precious commodity is also affecting businesses in the communities.

Strike or no strike, thousands thirst in endemic water crisis

HUNDREDS OF thousands of Jamaicans breathed a sigh of relief Wednesday as restive staff of the National Water Commission (NWC) returned to work at 11 p.m., turning on valves that had left taps dry for almost 48 hours, cripping households, businesses, and public services.

But the hunt for water is nothing new for many of Kingston’s underserved low-income communities like Majesty Gardens, which has long grappled with frequent lockoffs. This latest round of woe has lasted three weeks.

That’s a grievance that affects householders in neighbourhoods like Riverton, Seaview, and Cockburn Gardens, where residents hauled buckets and bottles Wednesday to standpipes that ran dry.

That angst caused locals like Angela Poyser to threaten to barricade roads in protest of the further inconvenience.

“You haffi block di road fi get water or else we nah go get attention,” she said.

Poyser, a fruit vendor, has been unable to earn a living because of the unsanitary conditions crippling the community.

“Me can’t touch the fruits dem ‘cause me no have no water,” she said, holding aloft a one-litre bottle she had been able to fill before the national lock-offs took effect.

As a result, her fruits spoiled, with a swarm of flies commandeering her stall.

“It’s not everybody can buy water ‘cause [there] is no job, no job, no money ... so who can’t afford it a go suffer,” she said, pleading for the prime minister’s intervention.

That intervention came Wednesday in a statement by Andrew Holness from a government retreat where he urged NWC employees to get back to work and that they had got the State’s attention. More than 2,000 workers, including managers, had withdrawn their services.

A back-to-work agreement was forged after 16 hours of talks over two days, involving five trade unions.

Minister of Labour and Social Security Karl Samuda had offered a flicker of hope in a parliamentary address Tuesday when he declared that water had been restored to a “great degree”.

But that statement proved to be far from reality, as NWC President Mark Barnett and many of the utility’s 500,000 customers confirmed that supply systems were still shut down.

Anger has been boiling over in Majesty Gardens where running water is sometimes a luxury and the stench of unflushed toilets a familiar frustration.

Not being able to take a bath or do laundry has added to the stress.

“We dirty! We nuh clean ... . All we need is water; that’s all we want,” said resident Norma Moffat.

For others, safety and security is an ongoing concern.

“How much miles away! We can get lick down, shot can fire, ‘cause a different community we go inna go full water. A stray we a stray!” exclaimed a resident.

Despite Kingston and St Andrew being fire hotspots, Emeleo Ebanks, public relations officer at the Jamaica Fire Brigade, said that the operations of that fire department were not unduly affected by the water lock-off.

“The thing is, things have been pretty good,” said Ebanks.

“I guess we’ve been lucky.”