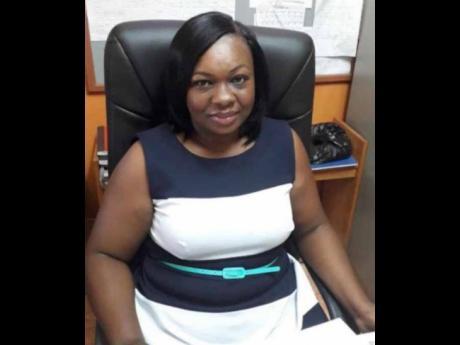 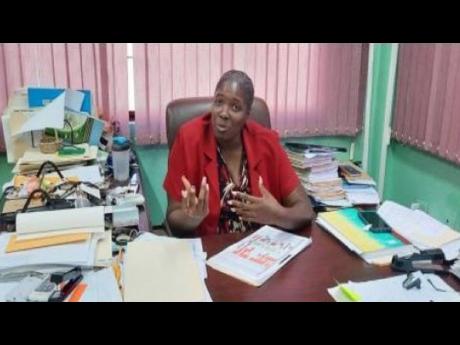 Members of the Vere Technical and Duncan All-Age school communities are in mourning following the deaths of senior educators. Both women were hailed for their outstanding contributions to their respective institutions.

Vere Tech in dismay at sudden death of headmistress

GRIEVING STUDENTS, colleagues and community folk gathered at the Vere Technical High School in Clarendon yesterday, struggling to come to terms with the death of Principal Antoinette Banton-Ellis, who died suddenly on Thursday evening.

Sources told The Gleaner that Banton-Ellis, 49, had complained of not feeling “too well” and sought medical attention at a private facility some time after 5 p.m. on Thursday. After not feeling any better when she returned home, the educator was then taken to hospital, where she died on arrival.

Yesterday, well-wishers joined members of the school community to share fond memories of the late educator, who was also a former principal of Beulah All-Age School in New Longville, Clarendon.

Banton-Ellis, who had been at the helm of Vere Technical since 2017, was described by colleagues as a hard-working and compassionate leader.

Upon arriving at the hospital, Lewin said that his worst fears were confirmed by grieving relatives, who said Banton-Ellis’ body had already been transported to the morgue.

When he arrived at the morgue, he met other colleagues, who wept uncontrollably.

“It was just devastating for members of staff, members of the community. [Her death] was a shocker and is still a shocker to everybody,” Lewin said of the educator who was committed and dedicated to the betterment of the school.

Banton-Ellis, he said, showed great interest in the holistic development of students and staff members alike.

“She saw this institution as a part of her family. It is a tremendous loss to the institution. [Thursday] night when we went down to the funeral home, you could actually feel what persons were feeling. The students are devastated, so what we have to do is carry out the healing process,” Lewin told The Gleaner.

Barrington Richardson, the director of Regional 7 within the Ministry of Education and Youth, said BantonEllis was “a dedicated educator who had given over 32 years of service to educating the nation’s children”.

Richardson said that the ministry would be providing grief counselling and psychosocial support to the school family.

Edward Wright, chairman of the school board, said Banton-Ellis was relentless in her efforts to better the school.

“You can’t get a harder worker. All our interactions were focused on improving Vere Technical High School. I just want us to focus on ... all the good things she has left us with, and the things that she has accomplished, and we will use that to strengthen us to try and further her legacy,” said Wright.

Eulogised as a sport enthusiast, Banton-Ellis was hailed by student athletes, who noted that she also had a word of encouragement.

Also at the school on Friday to give support was Keith Wellington, president of the Inter-Secondary Schools Sports Association and principal of St Elizabeth Technical High School.

“She was someone who was very passionate about seeing Vere getting back to their glory days [in sports]. I’m feeling heartache. As a young principal, she’s someone I thought had a really bright future,” Wellington told The Gleaner.

A graduate of the St Joseph’s Teachers’ College in Kingston and the Western Carolina University in the United States, Banton-Ellis was mother to two girls.

THE DUNCANS All-Age School in Trelawny has been plunged into mourning after acting Principal Ann Marie Johnson Lindo collapsed and died about 3 o’clock yesterday afternoon.

Johnson Lindo, whose substantive post is vice-principal but has been acting while Principal Michelle Gilzene is out on sick leave, had just attended a principals’ meeting at the Hague Primary and Infant School in the parish and was walking towards her vehicle when she collapsed and died at the spot.

Gilzene told The Gleaner that she was rattled when she got the phone call.

“I am not well, so she represented me at the meeting. When I got the news, in my sick self, I drove to Hague as if trying to tell myself it is not so,” she said, trying to process the still-fresh tragedy.

“Annmarie was a very devoted teacher. She was passionate about the teaching of mathematics. A devout member at the Spicy Hill Seventh-day Adventist Church, she allowed herself to be led by her Christian principles,” Gilzene added, before being too overcome by grief to continue speaking.

“She was just at the vehicle door to get into her vehicle to leave when she collapsed. There was a fireman on spot who caught her, she did not get to hit her head on the floor,” a colleague told The Gleaner, adding that although an ambulance arrived within 10 minutes, by then, Johnson Lindo had died.

“I have known her since the days when we attended Seventh-day Adventist camp. From those early days as a teenager, she looked forward to that day when she would graduate from college as a teacher. I know she went to Sam Sharpe Teachers’ College but I don’t remember which year. I am of a broken spirit,” he told The Gleaner.

Bennett said that following the tragedy, all the principals who attended the meeting and had already left returned to the location in shock. They were led in a prayer session by Education Officer Fabian Wainwright, who was one of the presenters at the meeting.

Natanish Hines, past president of the Optimist Club of Falmouth, said Johnson Lindo was a valuable member of the organisation.

“Ann was a chartered member of the club. In whichever committee she was placed, you could put your pot on fire feeling sure she was going to give of her best,” Hines said.

The Gleaner understands that prior to working at Duncans, Johnson Lindo was the mathematics coach in the Ministry of Education’s regional office.