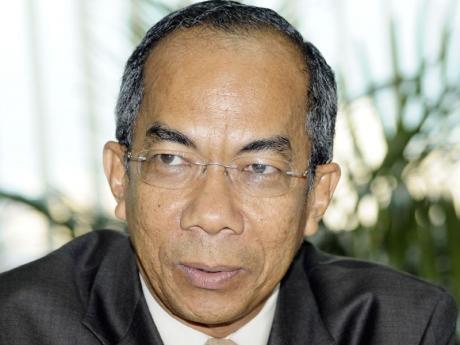 There is place for social intervention

While it may be out of place for security forces to negotiate with criminals, other groups should engage them in an effort to encourage behavioural change. Though not ideal for upstanding citizens to interact with the lawless, the security forces need all the support they can get.

IT IS entirely acceptable for persons, priests, social workers, researchers, and related institutions to engage criminals, hoping to persuade them to alter their ways. That is what they do. And there is value in such interventions.

However, promises of changed behaviour, conversion even, are not of themselves atonement or vindication for past misdeeds, especially for serious crimes, such as murder, rape, and extreme violence. In other words, these kinds of interventions, as useful as they often are, should not be seen as an alternative to the criminal justice system, or an outsourcing of the State’s obligation to maintain law and order.

It is in this context that this newspaper understands, and supports, the efforts of preachers such as Bishop Rowan Edwards, who said he has, and remains willing to negotiate with criminals.

Such a posture is neither new nor unique to Jamaica. For instance, more than three decades ago, the Roman Catholic priest, the late Father Richard Albert, was interceding with notorious gangsters like Nathaniel ‘Natty’ Morgan and Wayne ‘Sandokan’ Smith, both of whom are long since dead. Sandokan was cut down by the police in 1988, while Natty Morgan was killed by fellow criminals in 1990.

The question of whether the State and its institutions, especially law-enforcement agencies, should negotiate with criminals, and what ought to be the basis on which civil society groups engage the underworld, was recently put back on the national agenda by Homer Davis, a junior minister in the Office of the Prime Minister. Mr Davis suggested – but quickly recanted in the face of public criticisms – that the police negotiate with criminal gangs, especially those in the northwestern parish of St James, to end their internecine violence.

As we indicated when Mr Davis made his suggestion, this newspaper was instinctively uncomfortable with the idea, fearing its potential for compromising the constabulary as an institution of law enforcement, and what it implies about the parity between criminal gangs and critical organs of the State.

This, however, does not mean that there is no place for the State in both structured and informal criminal diversion programmes. That is why we strongly disagree with National Security Minister Horace Chang’s disinterest in such programmes. It is also why we appreciate the efforts of Bishop Rowan Edwards, the head of Lighthouse Ministries, who is active in St Catherine, a parish badly plagued by criminal violence.

The church, Bishop Edwards told The Gleaner, was willing to engage with criminals in the effort to gain peace. Added Paul Mason, another evangelical church leader in St Catherine: “We commend and endorse the Government’s position of not negotiating with criminals, but the Church is prepared to do that.”

Secular law, even as it promotes rehabilitation, balances that with punishment – the paying of a price for not adhering to society’s declared norms. The State maintains a raft of institutions to ensure that the system works and that transgressors are held to account, lest no one is held to account and society descends to anarchy.

The church leaders like Bishop Edwards, and social workers, are not bound by the essentially adversarial posture between the State’s law-enforcement agencies and criminals. The philosophical and moral bases of their interventions intersect, but they are not exactly the same. The starting point for Bishop Edwards, and others who intervene in troubled environments, is saving lives (and souls). It is not, in a secular sense, of holding transgressors to account. Parsons and social workers, in doing their jobs, may have to rub shoulders with people who have done bad things.

We would prefer it not to be that way, and that we lived in a country where social dysfunction was minimal and the need for special interventions was little. That, unfortunately, is not the case – as is reflected by Jamaica’s high rate of homicides, urban decay, poor educational outcomes, and large numbers of unattached youth.

Dr Chang often laments that Jamaica, as one analysis pointed out, spent $387 billion on social intervention programmes in the decade to 2018, but with relatively little impact on crime. The figure for murders, for example, still remains at over 1,400 annually. If half of that money had been spent on the police, he argues, the murder rate would be half the current number.

This money might, indeed, have been more efficiently spent, especially given the poor monitoring of those programmes that are funded by the Government, as the analysis noted. But Dr Chang might consider an alternative, if not quite counterfactual, narrative: What might have been the situation if there was not the expenditure?

No doubt, spending on equipment and technology for the constabulary would have probably enhanced its efficiency. But so, too, would be a change in its deeply embedded culture of corruption, which requires a different kind of institutional intervention. The bottom line is that there are many things to be addressed – the economy, education, health, urban decay, political garrisons, corruption in the public bureaucracy, etc – for Jamaica to fix the dysfunction that drives crime.

Social interventions like Bishop Edwards’, as well as those at whose spending Dr Chang blanches, will have to take place even as the other matters are addressed. Or, the situation would probably be far worse.