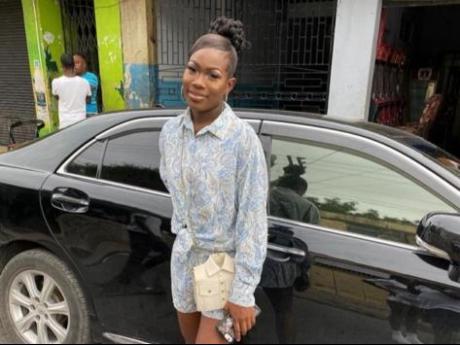 A grade 10 student was shot in the head hours before her exams.
Her brother said that family members were distraught as she held a special place in their hearts. The father of her four-month-old baby was instructed to turn himself over to the police.

‘She was everything to me’

DENHAM TOWN resident Veron Nelson lost his 17-year-old sister Devonise Nelson to a vicious gun attack on Sunday, breaking a special bond between them, having shared both parents, unlike the rest of their siblings.

Devonise, a student and mother to a four-month-old baby boy, was shot in the head about 11:30 p.m.

“She still go school. A today (yesterday) she has test,” Nelson said of the Denham Town High School grade 10 student.

Drawing strength from other relatives gathered at their North Street, Kingston home yesterday, he told The Gleaner that he and Devonise had a close relationship.

“She was everything to me. A five children mi mother have and my father have four and she a di only one ... we have the same mother and same father,” said the grieving brother.

A budding entrepreneur, Devonise had reportedly started a small jewellery business. Plans were also in train for Devonise, Veron and another sibling to migrate to the United States with their father.

“From she had the baby, she was making plans for him. My father, now, did a do something for me and her and my next big brother, but it never come through yet, so she end up mek him put the baby name on it. So it was the four of us,” Nelson said, noting that his father is in a state of shock.

According to Nelson, he was at a political rally in St Elizabeth when he got the news that his sister had been killed, but initially thought it was another sister who lived overseas. He was blown away when more direct information came.

“Mi a say this could never real. Mi a say a must a prank. Mi a say, ‘My little sister dead?’” Nelson told The Gleaner.

The police have are seeking Eric ‘Brando’ Murdock, the father of Devonise’s child and an uncle, Tevin Cross, both of Water Street, Kingston addresses for questioning as they probe the murder, which took place in the Block 4 area, which is in proximity to a security post as the wider community is under a zone of special operations.

Senior Superintendent Michael Phipps, head of the Kingston Western Police Division, said that Murdock and Devonise had previously interfaced with the Community Safety and Security Branch on matters concerning domestic issues and were at the station less than two weeks ago.

Up to June 20, the division had recorded 31 murders since the start of the year. This represents a 44.6 per cent reduction when compared to 2021, when 56 persons were killed during the corresponding period.