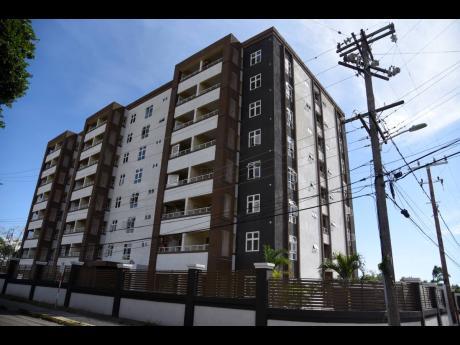 Prime Minister Andrew Holness says that despite the controversy surrounding Phase One of the Ruthven Towers project, the National Housing Trust will be moving forward with phase two. He says it is important to provide the units for those who can afford them.

NHT to press ahead with Ruthven Towers Phase Two

PRIME MINISTER Andrew Holness announced Wednesday that the Government will go ahead with Phase Two of the controversial Ruthven Towers development.

Last year, critics lashed the developer, the state-owned National Housing Trust (NHT), over the high price for the units – which ranged between $27.7 million and $37.7 million – charging that the state agency had strayed from its mandate to provide affordable housing.

Speaking at Wednesday’s handover ceremony for the 86 units in Phase One of the New Kingston development, Holness said after the public uproar, the Government re-evaluated its decision to ensure that the project fits within the mandate that has been given to the Trust, which is to build 70,000 houses for low-income earners.

He said after careful consideration, the Government has decided to complete Phase Two, which will provide 234 units to the market.

The prime minister hinted that although the price of the units stirred outrage, he had a responsibility to listen to the cry for housing despite his desire “to be everybody’s friend”.

“Popularity can carry you so far and no more, you have to do what is right, and what is right is to have all houses that can be built, have them built, within our financial resources and within the law so that people from all walks of life in Jamaica can benefit,” Holness stated.

The NHT has stated that it plans to build three more towers in Phase Two as well as amenities, such as a swimming pool, tennis court, and meeting rooms by 2024.