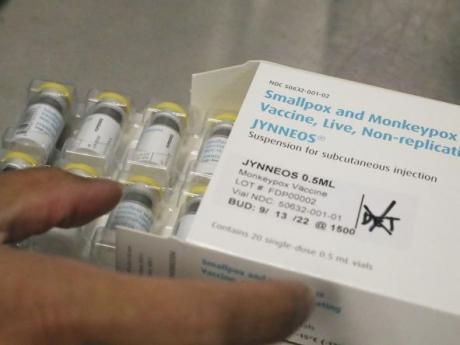 While there is a lot to learn about monkeypox, it is important that the Christopher Tufton-led Ministry of Health and Wellness develop a campaign geared towards educating the public on the disease. Leaving people to draw their own conclusion from the sea of information can result in them making decisions that can be detrimental to the country. They need to be educated on the correct precautionary measures.

Learn from HIV with monkeypox

AS CHRISTOPHER Tufton indicated, there is no compelling logic at this time for Jamaica to close its borders or impose undue restrictions on visitors in response to the outbreak of monkeypox, which, a week ago, the World Health Organization (WHO) formally designated a public health emergency of international concern.

However, Dr Tufton, the health minister, must quickly outline a strategy to prevent the disease from taking hold in Jamaica, which must include a robust system of testing, supported by the appropriate message so that people who suspect that they are infected, or display its symptoms, are not afraid to present themselves for testing. In other words, the message of an anti-monkeypox campaign needs components against discrimination and stigma.

In this regard, there ought to be much to call on from decades of accumulated knowledge in dealing with HIV/AIDS. Which means, too, that Jamaica must avoid its own, and the world’s, mistakes of the early days of AIDS.

So far, there are fewer than 25,000 reported cases of monkeypox since the current outbreak began in May. While approximately one in five of the cases are in the United States, more than 70 countries have had infections. The vast majority of these countries are ones that historically, have not reported the disease. So the current spread is truly global, justifying the decision of the WHO’S director general, Tedros Adhanom Ghebreyesus, to act early despite the preferred caution of the organisation’s emergency committee in declaring monkeypox a health issue of global concern. Dr Tedros hoped to get ahead of the curve and avoid the criticism the WHO faced for its initially slow response to COVID-19.

“We have an outbreak that has spread around the world rapidly through new modes of transmission, about which we understand too little and which meets the criteria for the international health regulations,” Dr Tedros said.

The Gleaner’s concern, in the context of prevailing attitudes in Jamaica, is that the vast bulk of the current monkeypox infections are among gay men and other men who have sex with men. The presumption, we fear, like in the early days of the HIV/AIDS epidemic, is monkeypox being posited as an inherently gay disease.

In still largely homophobic Jamaica, that could lead to bad consequences. If the health communication around this disease is not handled properly, monkeypox in Jamaica could be pushed underground. Indeed, the latest UNAIDS report on the state of HIV, globally, offers insight into potential pitfalls and why messaging with respect to monkeypox is critical.

While Jamaica’s rate of new HIV/AIDS infections declined substantially in the 10 years to 2021, four decades after the disease emerged on the island, discrimination and stigma against people with the virus remain strong. The United Nations disclosed in this week’s report that 48 per cent of the Jamaicans who have HIV face discrimination and stigma because of their status.

Indeed, for 38 per cent, fear of stigma caused them to delay testing for HIV, while 30 per cent said they put off treatment because they worried about being ridiculed and/or discriminated against. “According to surveys, 83 per cent of transgender women and 65 per cent of gay men and other men who have sex with men experienced verbal abuse in the prior 12 months, with nearly half of transgender women experiencing physical violence,” the report noted.

Moreover, over a third of Jamaicans internalised the society’s stigma in that they reported being ashamed because of their HIV status. Further, more than one in 10 HIV patients said they encountered discrimination in healthcare settings.

To be fair, the Jamaican health authorities, with the support of civil society and HIV/AIDS advocates, have done much in recent years to change these negative dynamics. They have had decent success. Nonetheless, large pockets of prejudice and ignorance persist, which helps to push HIV/AIDS underground.

Indeed, many people do not get tested, or delay treatment for HIV, out fear of being stigmatised, or worse, being labelled gay or lesbian. Therein lies a potential danger in responding to the monkeypox virus.

The health authorities, therefore, have to develop a narrative that counters the society’s prejudices about sexuality and encourages people to be tested for monkeypox. That message has to make it plain, too, that this disease does not only present in the extreme form in which it is popularly shown. You need not have extreme bumps and rashes all over the body to be infected with the virus.

One upside is that monkeypox does not spread as easily as COVID-19. It generally requires closer contact between people, which lessens the possibility of health workers being overwhelmed by waves of the disease. Perhaps. Additionally, the current existing vaccines against the disease were ones developed for smallpox, which is of the same family. So the vaccine sceptics and conspiracy theorists do not have as open a field – as was the case when new drugs were being developed for COVID-19 – on which to campaign against people being inoculated against monkeypox.

Now it is for Dr Tufton and his team at the health ministry to say what they are doing to get their hands on these vaccines, which, admittedly are not now in huge supply, and what, if any, programme is being put in place to have Jamaicans inoculated.