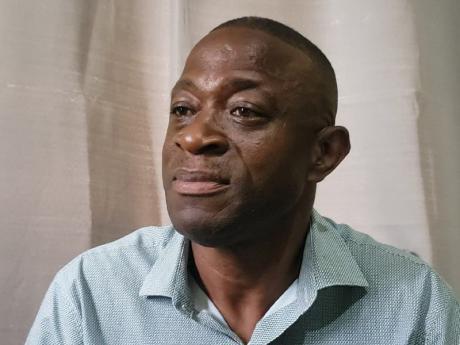 Statements made by J.C. Hutchinson, a senior deputy leader of the JLP, have raised questions about the embattled George Wright returning to the party. While there has been no confirmation, some people have started to express their disappointment.

Wright’s return to JLP is from ‘source of substantial standing’

HARRY MORRELL, the man who marshalled George Wright’s victorious campaign in the 2020 general election, has all but confirmed the embattled member of parliament’s return to the fold of the governing Jamaica Labour Party (JLP).

At the same time, Dr Horace Chang, deputy prime minister and general secretary of the JLP, would neither confirm nor deny Wright’s return to the party. Even as Patricia Donald Phillips, gender advocate with Advocate Network Jamaica, has expressed disappointment at news of the Westmoreland Central MP’s possible return.

Speaking to The Sunday Gleaner, Morrell suggested that recent comments on the issue from J.C. Hutchinson, a senior deputy leader of the JLP, would have come from decision-makers in the inner circle of the party’s hierarchy.

Morrell was responding to Hutchinson’s statement at a meeting of party supporters and executives in St Elizabeth recently that Wright, now an independent MP, is on leave and will soon return to the party.

“I am truly guided by whatever comments my deputy leader makes, I would not add or subtract anything,” Morrell stressed.

“Whatever comments you hear from him (Hutchinson), I think it would have been from a source that is of substantial standing,” Morrell said on Friday.

Wright became the centre of public attention in April last year after a video surfaced of a man brutally beating a woman, including with a stool. On the day of the incident, April 6, both Wright and his partner Taneisha Singh filed separate assault reports with the police, which they later decided not to pursue.

Wright, a first-term MP, later resigned from the JLP, but remained in Parliament as the representative for Westmoreland Central. Singh remained a member of G2K in Westmoreland.

Quizzed as to whether Wright is a fit and proper person to continue in politics and to be the JLP’s representative, given the domestic abuse dispute, Morrell said he was not qualified to judge him.

“He (Wright) has neither accepted nor denied the accusation. Who am I to go further to say anything? Where is the evidence? I will not speculate in any way,” he retorted.

In the meantime, while attending a civic ceremony to celebrate Jamaica’s 60th year of Independence in Montego Bay yesterday, Dr Chang told The Sunday Gleaner that “we don’t have an application from Mr Wright at this point in time”.

Hutchinson, who has political responsibility for the JLP’s Area Council Four, which covers the parishes of St James, St Elizabeth, Hanover and Westmoreland, last week bragged to Labourites of the party’s sweep of Westmoreland in the September 3, 2020 general election.

“And the third MP, the independent Labourite who everybody knows that he has taken a short leave from the labour party and he will soon be back, George Wright, the third person who won on the labour party ticket,” the senior deputy leader declared during a recent Myersville divisional meeting of the party at the Nain Basic School in St Elizabeth, to rally support for Delroy Hutchinson, the party’s standard-bearer in the upcoming local government polls.

Donald Phillips is expressing disappointment with the governing JLP over the likelihood of Wright returning to the fold.

“We are deeply disappointed at that possibility because we believe that the actions that are really required are for the parliamentary committee to deal with the matter,” said the gender advocate.

“That having not occurred, certainly, we are disappointed if he were to be returned without that process being dealt with.”

Six months ago, the embattled MP was swiftly rebuked and turned away when he showed up for a JLP meeting at the Godfrey Stewart High School in his constituency while a private session of Area Council Four was underway. He was evicted on the basis that he was no longer a member of the party.