All are welcome at the Climate Club 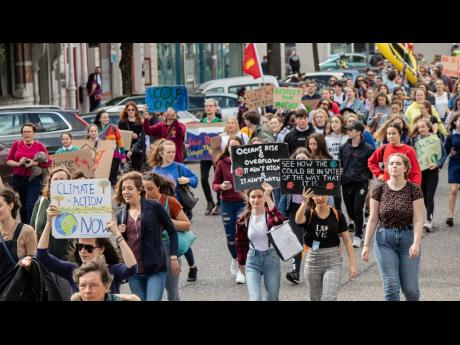 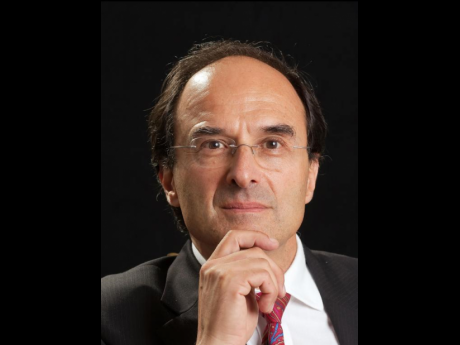 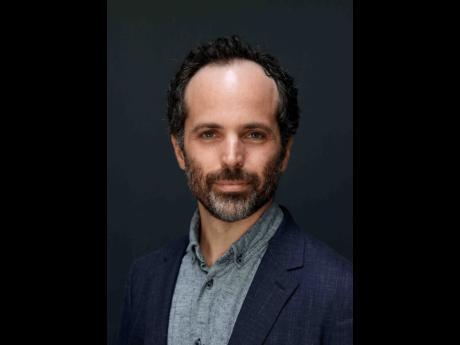 Avram Alpert is a fellow at The New Institute and lecturer at Princeton University.
1
2
3

BERLIN – By the end of 2022, the G7 aims to launch an “open, cooperative international Climate Club” to foster coordinated action to achieve the Paris climate agreement’s maximum-warming target of 1.5° Celsius without leaving anyone at a competitive disadvantage. Though we have been hearing calls for international climate action for decades, there is good reason to think that this time will be different.

The Climate Club is the brainchild of German Chancellor Olaf Scholz, whose proposal is based on four premises. First, international climate action needs to be broad-based and consistent, with all club members aiming for the same objectives. Second, countries should be allowed to pursue these common objectives in their own ways, as long as everyone abides by “a uniform measurement of CO2 content of products and materials.” Third, developing countries should receive support to achieve the common objective. And, lastly, having to compete against cheaper, more carbon-intensive methods should not put “climate policy pioneers” at a disadvantage in the global marketplace.

This proposal might sound like a rehash of past policies, but it fundamentally shifts the focus in policy design. Historically, we have viewed climate policy in only two dimensions: the climate and the economy. This has led to a focus on ideas like global carbon pricing, which makes a lot of sense in strictly economic terms. Polluters emit excessive amounts of CO2 into the atmosphere because the costs are imposed on society. The solution therefore is to ensure that polluters pay.

The problem is that citizens often oppose such policies, especially if there is no mechanism to compensate those who are disadvantaged by the higher costs (such as low-income households that cannot afford basic goods at environmentally friendly prices, or those working in carbon-intensive sectors). Moreover, the costs associated with carbon pricing are not just economic but also social. Even if the proceeds from a carbon tax are spent on the poor and the displaced, fossil fuel-reliant communities may collapse, and some people may feel as though they are no longer shaping their own futures.

These were some of the lessons of the 2018-19 French gilets jaunes (yellow vest) protests, which erupted in response to a modest increase in the tax on diesel fuel. And a similar problem has long plagued the global climate-policy debate. Low- and middle-income countries resent being asked by rich, industrialised countries – the biggest emitters historically – to pay more for the energy they need for development. To acknowledge these potential ramifications is to move from an abstract two-dimensional world to a three-dimensional one that is closer to the reality we inhabit.

While the two-dimensional world of economic models can be measured in terms of GDP and carbon prices, the real world requires different metrics to account for the full meaning of any policy. To that end, one of us (Snower) and Katharina Lima de Miranda have proposed a metric with the acronym SAGE: solidarity, agency, gain, environment.

Here, solidarity refers to the extent of social inclusion and cohesion, agency refers to people’s ability to shape their own lives, and gain and environment refer to traditional measures of economic output and environmental sustainability, respectively. A solidarity score increases when there is more social trust, generosity, and so forth, and an agency score increases when people report greater confidence in their ability to achieve worthwhile goals. By broadening the scope beyond GDP growth, SAGE allows us to recouple the links between economic policies and social well-being.

As a new way to discuss and evaluate climate policies, the SAGE model can help us understand why some past climate policies have not worked. Traditional carbon pricing, for example, has often failed the solidarity test, by creating winners and losers (both economically and socially), as well as the agency test, by ignoring people’s voices in the process.

One of the gilets jaunes’ grievances, for example, was that the unaffordability of French urban life forced many labourers to live outside the cities, where limited public transit options forced them to drive to work. The protesters felt a lack of solidarity and agency (because they had little choice in where they lived or how they got around).

Only by accounting for people’s social needs (alongside economic and environmental needs) will we be able to advance viable policy reforms. That brings us back to the G7’s proposed club model. If correctly implemented, it can accommodate social factors alongside economic and environmental factors, succeeding where similar past efforts have failed.

According to Scholz, the Climate Club will promote “cooperation between countries that want to press ahead with the social and economic transformation needed to tackle climate change.” The result, in practice, would be a partnership in which participants commit to ambitious, well-defined climate goals as well as to the specific domestic measures that are required to reach those goals.

Scholz’s team acknowledges that wealthy countries that have emitted the most carbon historically are in a different position than others. They refer to “common but differentiated responsibilities and respective capabilities” – one of the core principles of the 1992 United Nations Framework Convention on Climate Change. The Climate Club thus appreciates the different demands that a common set of goals places on different countries, and that this calls for “intensive cooperation on industrial transformation and capacity-building.”

By encouraging countries to shape their climate policies in accordance with their socioeconomic realities, the Climate Club is well positioned to avoid some of the problems that led to the gilets jaunes. But to succeed, it must be maximally ambitious (aiming for the 1.5°C target), maximally inclusive, and maximally permissive in the policy pathways that it opens up. It is this flexibility that will help developed and developing countries work together, listen to one another’s perspectives, and learn from it. If it works, the club could create a worldwide ripple effect, offering much-needed hope that the fight against climate change can be won.