Why the Inflation Reduction Act Is a big deal 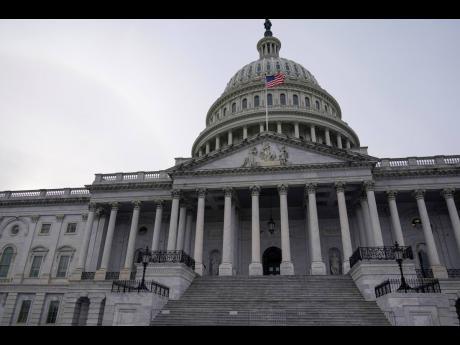 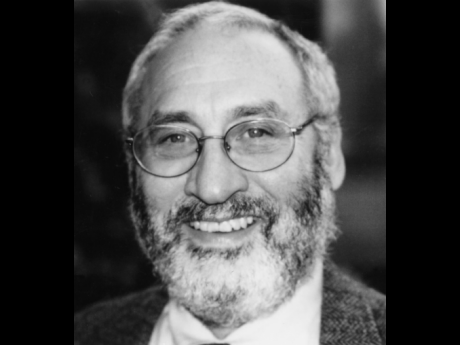 Joseph E. Stiglitz, a Nobel laureate in economics, is University Professor at Columbia University and a member of the Independent Commission for the Reform of International Corporate Taxation.
1
2

There is a simmering debate about the causes of today’s inflation; but regardless of what side one takes, this bill represents a step forward. For those worried about excessive demand, there is more than $300 billion in deficit reduction. And on the supply side, the bill would mobilise $369 billion of investments in energy security and decarbonisation. That will help bring down the cost of energy – one of the main drivers of current price growth – and put America back on track to reduce its carbon dioxide emissions by some 40% (from 2005 levels) by 2030.

These investments will yield far-reaching returns. The costs of climate-driven events (wildfires, hurricanes, tornados, and floods) will reduce our standard of living even more than today’s inflation will, and they are disproportionately borne by lower-income households, people of colour, and future generations. These costs are far larger and more difficult to rectify than the costs of deficits.

Moreover, enhancing energy security has become essential. For far too long, authoritarian leaders of petrostates have been able to hold the rest of the world hostage. Russian President Vladimir Putin has reminded us once again that energy interdependencies come with serious risks (something I warned about more than 15 years ago). Weather may be variable, but fossil-fuel dictators are unreliable and downright dangerous.

The IRA also would help address the rising healthcare costs that have long plagued America, both by lowering Affordable Care Act (Obamacare) premiums for millions of Americans and by capping out-of-pocket drug costs for those on Medicare. The pharmaceutical industry has received tens of billions of dollars more from Medicare payouts than it otherwise would, simply because the government is prohibited from negotiating for lower prices. This gift to the industry will finally be rescinded, yielding savings of almost $300 billion over ten years.

The United States is one of the world’s leading sources of pharmaceutical innovation, and much of the basic research behind these advances was paid for by American taxpayers. Yet, Americans pay much more for prescription drugs than people in other countries, partly because drug companies have been given an unbridled power to set prices. Many of us have been fighting for years to curb these firms’ undue market power. If the IRA becomes law, this provision alone would be a signal achievement.

Furthermore, the bill would deliver sorely needed improvements to US tax policy. Corporations and the wealthiest households are not paying their fair share of taxes. That not only erodes confidence in our democracy, but also is economically inefficient. Tax revenues are necessary to finance essential public expenditures without generating inflationary deficits.

Russia’s invasion of Ukraine has reminded us why defence expenditures are necessary. But to preserve America’s competitiveness, we also must invest heavily in education, research, technology, and infrastructure. Here, the bill includes provisions that would raise more than $450 billion (over a decade) through a 15% minimum corporate tax, increased tax enforcement, and the introduction of a 1% excise tax on stock buybacks.

The 15% minimum corporate tax is especially important. The US has led a global negotiation to curtail the practice of a few governments cutting special deals for corporations so that they can siphon tax revenues and jobs from other countries and compete in a race to the bottom in tax rates – a race in which the only winners are the multinational corporations. A 15% US minimum corporate tax will not only raise badly needed revenue; it will also help stop this self-defeating global race. This is especially important for the US, because it spares American jobs from unfair competition.

But the landmark global agreement that America forged is unlikely to move forward if America itself does not abide by its conditions. From climate change and food insecurity to the fight for democracy in Ukraine, there are so many issues for which we need global cooperation. Like the climate measures, the US minimum corporate tax is an important step in showing that we can be good global citizens.

Of course, some critics on the right (many of them allied with drug companies, other major corporations, and the wealthy) will argue that the IRA will be inflationary, and they will even produce models “proving” that that is the case. But we know by now that bad models give bad predictions. Just look at the models that were marshalled in support of Ronald Reagan’s tax cuts for the rich (which they falsely claimed would increase revenues) or Donald Trump’s tax cuts for corporations (which they falsely claimed would spur additional investment).

These predictable arguments against the IRA’s tax provisions are based on a flawed assumption: namely, that corporations will “shift” the burden of the minimum tax by raising prices and lowering wages. But economists have long recognised that the current US corporation-tax regime – which allows firms to deduct virtually all costs, including labour and capital – is close to a pure profits tax. And a long-standing presumption in economics is that a pure profits tax does not lead to either higher prices or lower wages.

This also implies that these taxes can be raised without fear of adverse effects, either on inflation or investment. The big distortions – and gross inequities – in the tax system come from inadequate enforcement and large loopholes, and the IRA at least makes progress on the first of these fronts.

While the full benefits of the IRA will be realised only gradually over the coming years – especially as we invest in the green transition – some of its anti-inflation effects could be felt almost immediately, particularly in the case of the drug-pricing provision. Since markets are forward-looking (even if imperfectly so), the anticipation of increased renewable-energy supply should lead to decreased fossil-fuel prices today. Moreover, according to some of the more prevalent theories, anticipations of future inflation are a key determinant of current inflation, so even the bill’s slower-moving inflation-dampening provisions could have anti-inflationary benefits today.

No bill is perfect. In America’s money-driven politics, there will always be compromises with special interests. The IRA is not as good as the original Build Back Better bill, which would have done more both to promote equitable growth and to fight inflation. But we can’t let the perfect be the enemy of the good. Ultimately, the IRA is a very important step in the right direction.

Joseph E. Stiglitz, a Nobel laureate in economics, is University Professor at Columbia University and a member of the Independent Commission for the Reform of International Corporate Taxation.