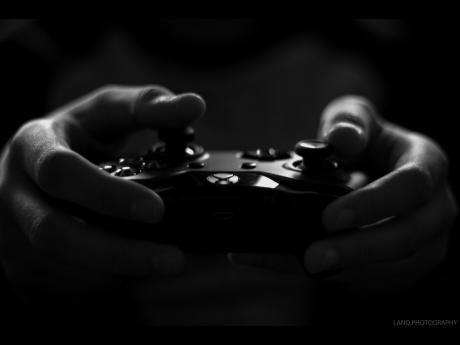 Aidan Rowan, 33, was minding his own business playing the "cute cat game" 'Stray' on the PlayStation when he felt a "heavy jolting sensation" rumble through his body and a loud bang.

Doctors at the hospital confirmed he had been struck, likely after lightning hit the water on his open window and bounced his way.

Alongside pictures from the hospital, he wrote on Instagram: "So, I am absolutely not one for sympathy posts, I had to share this because of how insane it is.

I was happily playing #stray on #playstation when there is a loud bang and I feel a heavy jolting sensation. 5 hours at the hospital confirmed that I was STRUCK BY LIGHTNING through the open window! Never going to play cute cat games during a thunderstorm again. I'm fine, just very sore, hell of a headache and burn stripes down my arm."

Bizarrely, the game sees players save cats from the likes of thunderstorms.

Aidan has been left with scars on his arm.

He told the Metro: “I was on the sofa playing a game where you play as a stray cat and it was thundering outside.

“There was a very loud crack of thunder and I sort of felt a very heavy sensation all over and then a searing heat in my right arm where there are now burns.

“It took about a minute to come back to my senses, I felt very, very confused. I went upstairs and asked my husband for a wet towel as I didn’t know what had happened but my arm was burning.

“He asked what that smell was and it was me burning. He then called his parents to take me to the hospital. He said he could see my arm blistering as he watched."