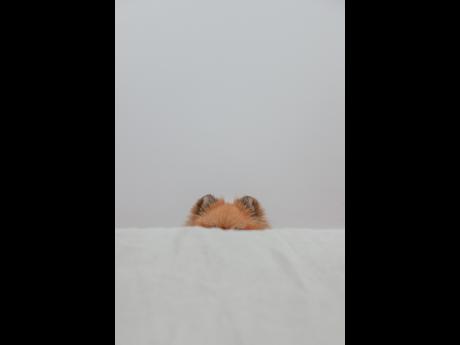 Amanda Gommo, 51, has opened up on her horror ordeal when her pet chihuahua Belle joined her in bed and had a bout of diarrhoea, which gave her the rudest of awakenings.

As quoted by ladBible, she said: "I was having my afternoon nap with Belle, like I always do, when I suddenly felt something squirt in my mouth.

"I rushed to the bathroom and my son was in the shower, so before I washed it out I had time to take a quick snap.

"It was disgusting, and I was hurling violently for hours after — I just couldn't get the taste out of my mouth."

Belle was diagnosed with a stomach bug and put on a treatment of antibiotics, but later that day Amanda - who suffer's from Crohn's disease - found herself with the same symptoms.

She called 111 and an ambulance was sent to her house, where paramedics prescribed painkillers to help with her stomach cramps and told her to drink plenty of water to deal with the infection.

However, her symptoms got worse and two days later, she was suffering with cramps all over her body.

Another ambulance came and rushed her to Bristol Royal Infirmary, where she was put on a drip and diagnosed with a gastrointestinal infection contracted after her dog's faeces went into her mouth.

She added: "I was kept in hospital for three days until they'd flushed the infection out through a drip."

She quipped: "I've forgiven Belle for her little accident and I still love her with all my heart, but I will definitely be more mindful of what position we sleep in in the future."