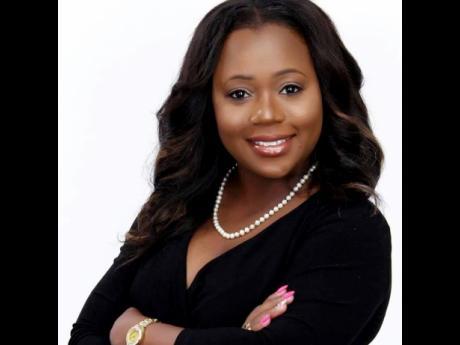 Several lawyers have come out in defence of Tamika Harris who has come under public scrutiny for representing the mass murderer of a family of five in Cocoa Piece. They have all reiterated the fact that all accused have the right to legal representation, some of which is actually appointed by the court.

SCOFFING AT the criticism and vitriol being spewed at attorney-at law Tamika Harris for representing the mass murderer of a family of five in Cocoa Piece, Clarendon, in June, members of the legal profession are arguing that she should be commended for upholding the canons of the profession.

Ever since Harris was appointed by the court three months ago to defend 23-yearold Rushane Barnett, who confessed to killing a mother and her four children, she has faced harsh criticisms, ridicule, verbal attacks and even death threats.

Many expressed that Barnett should have been denied legal representation and get the death penalty, and attacked Harris for defending him.

In response to the public outcry, Harris told The Sunday Gleaner last week that she would not be true to her profession if she allowed her personal moral code to cloud the constitutional right of Barnett to a fair trial.

“I was appointed by the court to represent Rushane Barnett and in doing so I am upholding the canons of my profession, in that I made myself available. I recognised and accepted that Barnett had a constitutional right to legal representation. I represented him pursuant to the laws of Jamaica and I represented him zealously without regard to personal views,” she said.

Harris stressed that she wanted to make it abundantly clear that although she has defended persons charged with various offences, including murder, rape and firearm offences, during her close to 20-year career, “the commission of all those acts are against my good conscience, upbringing and norm”.

“All murders are against my moral sense of right and wrong. But I cannot refuse a retainer merely because the allegation against the accused is abhorrent or repulsive, even where the accused has pleaded guilty. All criminal acts are repugnant to me and I do not condone or approve criminal activity,” she said.

“If all lawyers refused to represent someone charged with a crime because the crime offends their personal moral code, many persons would be deprived of legal representation and we would not have a functioning criminal justice system.”

“As president of the Advocates’ Association of Jamaica, I speak on behalf of all our members in saying that we fully support the efforts of our colleague Miss Tamika Harris who is doing no more than her job in providing legal representation to a person who comes before the court and is constitutionally entitled to be represented,” attorney-at-law Leonard Green told The Sunday Gleaner last week.

Green explained that an accused person who comes before the court on any charge at all is entitled to the very best legal representation that a lawyer can give.

“It becomes an immediate ground of appeal if the representation reveals that the counsel was incompetent in how that accused person was represented. Every lawyer who takes on a case has the legal duty to provide full and adequate representation to his or her client, regardless of how heinous the crime that the accused person may have committed,” Green said.

Eminent King’s Counsel Frank Phipps felt compelled to remind the public that every accused has the right to be represented by a lawyer of his choice and if he does not have one, then the State must provide one.

Noting that the function of a lawyer is to see that justice is done, Phipps added, “A lawyer should never be afraid to represent an accused because of criticisms or hesitate to do so.”

Questioned as to whether he himself had taken on any heinous or gruesome murder cases in his career, he replied “many”.

Phipps spoke vividly of the high-profile murder case of Mary Lynch, whom he had represented. She had used a machete to chop her husband Leary Lynch 25 times at their home in upper St Andrew in May 1992 and then disposed of the body in bushes. Thirteen chop wounds were to the top of the skull, the post-mortem report revealed. Phipps said Lynch went into the witness box and told the jury what the facts were as far as she was concerned. She said that it was her husband who attacked her and she acted in self defence.

Lynch was convicted in 1994 of the murder of her husband, who was a divisional general manager at the National Commercial Bank. She was sentenced to life imprisonment and ordered to serve 20 years before parole. Lynch’s appeal was dismissed in June 1996 and she was eventually released from prison in May 2007.

NATURE OF THE PROFESSION

Attorney-at-law Law Linton Walters, who represented security guard Jeffrey Perry, who was convicted in 2008 of the murder of three children – ages 15, 13, and four – at their home in Kilancholly, St Mary, in 2005, said the canons of the profession do not allow Harris to walk away from the case because of criticisms or public pressure.

Walters said he took on Perry’s case by virtue of the court calling on him to represent him.

“I was in court when Justice Kay Beckford (now retired) said I was doing the matter whether I like it or not,” and he said he did not hesitate to undertake the case in a professional way and to the best of his ability. He got psychiatric and other assessments done of Perry and brought out a mountain of information in court.

“The public needs to understand that when lawyers undertake to represent accused persons, the lawyers are not saying they agree with what they have done, but the lawyers are obliged to take the case based on the canons of the profession,” Walters told The Sunday Gleaner.

Perry had said that voices told him to kill the children. They were stabbed and their throats slashed. He was sentenced to hang but he appealed.

Attorney-at-law Ravil Golding who represented him on appeal argued that Perry’s case did not fall in the category of the “worst of the worst or the rarest of the rare”, therefore, the death penalty should not have been imposed. The Court of Appeal agreed and sentenced him in March 2012 to life imprisonment. Perry, now 47, was ordered to serve 45 years before he is eligible for parole.

“The canons of the legal profession, and indeed the Constitution of Jamaica, give every accused person, regardless of the allegation against them, the right to be defended by counsel,” said King’s Counsel Tom Tavares Finson.”

“Attorney-at-law Tamika Harris has taken on this case and has attracted many criticisms from the ill-informed. She is to be commended for taking on a case of such national notoriety, not criticised, and I hope that she will continue to represent this individual regardless of the criticisms that she faces,” he said.

Tavares Finson stressed, “I appeal to persons to understand the nature of the legal profession and allow her to do her job.”

The victims were found at their home on June 21 with multiple stab wounds and their throats slashed.

The Crown had served notice that it was seeking the death penalty but Director of Public Prosecutions Paula Llewellyn, KC, withdrew the notice after the guilty verdict and is suggesting that Barnett should get life imprisonment and serve 60 years before eligibility for parole.

Harris is asking Justice Leighton Pusey to give Barnett a ten per cent reduction on the sentence.

Barnett is to be sentenced on October 30 for the gruesome crime that rocked the nation.