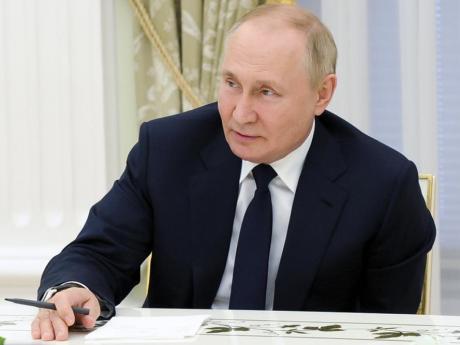 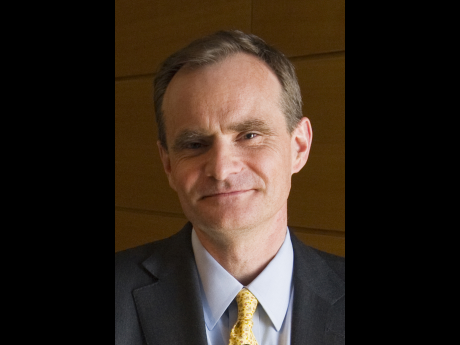 Simon Johnson, a former chief economist at the International Monetary Fund, is a professor at MIT’s Sloan School of Management and a co-chair of the COVID-19 Policy Alliance.
1
2

WASHINGTON, DC: Vladimir Putin’s illegal annexation of four regions of Ukraine, which he claims are now to be regarded as part of Russia, represents a major escalation of the war he launched in February. The parallels with Hitler’s expansion strategy are growing stronger by the day. In the face of advancing Ukrainian forces, Russia’s president orders his forces to fire missiles and artillery indiscriminately at civilian populations. Wherever his troops are pushed back, further evidence of war crimes and mass murder is found.

And yet in some quarters of Europe, the desire to give Putin at least part of what he wants remains, on the assumption that he would then stop and economic relations could return to some semblance of what they were before. At least in private conversations, leading German industrialists argue for Munich-type appeasement. But Neville Chamberlain’s conciliation did not stop Hitler, and a similar approach will not stop Putin, who has designs on the Baltic countries, Poland, and probably others.

Fortunately, there is a better way: a major push by the European Union into energy conservation and renewables, coupled with a tight price cap on Russian oil and coal exports and a willingness to lower that cap every time Putin escalates further.

Russian aggression has fully exposed Europe’s greatest vulnerability: Over the past three decades, West European leaders – particularly in Germany – embraced the idea that Russia was and would always be a reliable supplier of cheap energy. Entire industrial sectors were built on this premise, as well as some personal fortunes.

We now know that was a trap. Putin’s invasion of Ukraine costs about €1 billion ($980 million) per day to run, which is roughly what Russia receives from selling fossil fuels to Europe. As individual citizens, Europeans have opened their hearts and homes to Ukrainian refugees. As consumers and producers, however, they continue to send Putin the hard currency he needs to keep those refugees from their homes and to crash Iranian suicide drones into the living rooms of those who remain in Ukraine.

Hard currency is needed to buy military-related supplies from China (including for missiles) and a range of armaments from North Korea. Euros are also needed to prevent the ruble from collapsing. The hundreds of thousands of military-age men now fleeing Russia are undoubtedly taking their life savings with them – converting from rubles into a foreign currency of some kind. With its foreign-exchange reserves frozen, Russia’s central bank needs the daily flow of euros from European energy sales.

And now the Russians are suspected of having brazenly attacked the Nord Stream gas pipelines. The goal was not to disrupt gas flows – they don’t need sabotage to do that, and the pipelines were not carrying much gas for sale. Rather, Putin is testing the limits of what his regime can get away with.

What if an oil refinery catches fire? What if there is an “accident” at a nuclear power plant? Putin wants to know how European leaders will respond – reckoning that they will most likely do nothing for fear of more direct military conflict with Russia. Once Putin finds the right pressure points, he will escalate further – aiming to cut off Ukraine’s supply of weapons and financial support.

The right response from Europe in this situation would be three-pronged. First, the EU should embrace a pan-European strategy that implements all possible energy efficiency measures immediately, along with a concerted programme of investment in renewables. It would be straightforward for the EU to persuade debt markets that there needs to be a major switch in energy sources over the next 5-10 years, and the benefits would extend well beyond Europe. Europeans should think of the jobs that would be created, and the technology that could be improved by some of the world’s most innovative people, if the appropriate level and type of resources were committed in an integrated fashion.

The second prong is to adopt properly and implement fully the proposed G7 price cap on oil – and to extend the same principle to coal. In both cases, EU ships and financial services are essential to Russian exports. Under the proposed scheme, these exports can continue to use Western services, but only if the price paid to Russia is lower than the world price.

The last prong concerns how much “lower than the world price” the cap should be. Every time Putin escalates, the cap should be cut. For example, if the G7 was previously considering a cap of $50, the Nord Stream attacks should lower this to $45, and the quadruple “annexation” should push this down further, perhaps to $35. Given that the marginal cost of production for Russian oil is less than $10, the Kremlin would still have an incentive to export.

If Putin withdraws from Ukraine and stops killing people, the price cap could be allowed to rise again. But how much free cash flow should Europe really want Putin – or any Russian regime – to earn for the foreseeable future?

Simon Johnson, a former chief economist at the International Monetary Fund, is a professor at MIT’s Sloan School of Management and a co-chair of the COVID-19 Policy Alliance.