What caused the Ukraine war? 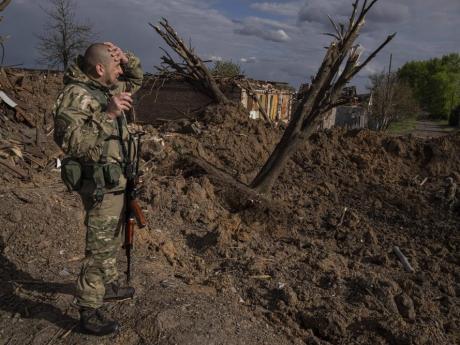 A Ukrainian serviceman inspects a site after an airstrike by Russian forces in Bahmut, Ukraine, Tuesday, May 10, 2022. (AP Photo/Evgeniy Maloletka) 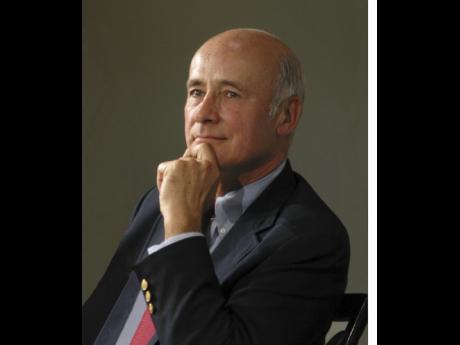 Joseph S. Nye, Jr., a professor at Harvard University and a former US assistant secretary of defence, is the author, most recently, of Do Morals Matter? Presidents and Foreign Policy from FDR to Trump (Oxford University Press, 2019).
1
2

CAMBRIDGE – Russia’s war in Ukraine is the most disruptive conflict that Europe has seen since 1945. While many in the West see a war of choice by Russian President Vladimir Putin, he says that NATO’s 2008 decision in favour of eventual Ukrainian membership brought an existential threat to Russia’s borders, and still others trace the conflict back to the Cold War’s end and the failure of the West to support Russia adequately after the collapse of the Soviet Union. How can we discern the origins of a war that may last for years?

World War I occurred over a century ago, yet historians still write books debating what caused it. Did it start because a Serbian terrorist assassinated an Austrian archduke in 1914, or did it have more to do with ascendant German power challenging Britain, or rising nationalism throughout Europe? The answer is “all of the above, plus more.” But war was not inevitable until it actually broke out in August 1914; and even then, it was not inevitable that four years of carnage had to follow.

To sort things out, it helps to distinguish between deep, intermediate, and immediate causes. Think of building a bonfire: piling up the logs is a deep cause; adding kindling and paper is an intermediate cause, and striking a match is a precipitating cause. But even then, a bonfire is not inevitable. A strong wind may extinguish the match, or a sudden rainstorm may have soaked the wood. As historian Christopher Clark notes in his book about the origins of WWI, The Sleepwalkers, in 1914, “the future was still open – just.” Poor policy choices were a crucial cause of the catastrophe.

In Ukraine, there is no question that Putin lit the match when he ordered Russian troops to invade on February 24. Like the leaders of the great powers in 1914, he probably believed that it would be a short, sharp war with a quick victory, somewhat like the Soviet Union’s takeover of Budapest in 1956 or Prague in 1968. Airborne troops would capture the airport and advancing tanks would seize Kyiv, removing Ukrainian President Volodymyr Zelensky and installing a puppet government.

Putin told the Russian people that he was conducting a “special military operation” to “denazify” Ukraine and prevent NATO from expanding to Russia’s borders. But given how seriously he miscalculated, we must ask what he was really thinking. We know from Putin’s own writings, and from various biographers like Philip Short, that the intermediate cause was a refusal to see Ukraine as a legitimate state.

Putin lamented the breakup of the Soviet Union, which he had served as a KGB officer, and, owing to Ukraine and Russia’s close cultural affinities, he considered Ukraine a phoney state. Moreover, Ukraine had been ungrateful, offending Russia with its 2014 Maidan uprising, which removed a pro-Russian government, and its deepening of trade relations with the European Union.

Putin wants to restore what he calls the “Russian world,” and, as he has approached the age of 70, he has been thinking about his legacy. Earlier leaders, like Peter the Great, had expanded Russian power in their own time. Given the weakness of the Western sanctions that followed Russia’s invasion of Ukraine and annexation of the Crimean peninsula in 2014, Putin seems to have asked himself: Why not go further?

The prospect of NATO enlargement was a lesser intermediate cause. While the West did create a NATO-Russia Council through which Russian military officers could attend some NATO meetings, Russia expected more from the relationship. And while US Secretary of State James Baker had told his Russian counterpart, in the early 1990s, that NATO would not expand, historians like Mary Sarotte have shown that Baker quickly reversed his verbal assurance, which never did have a written agreement behind it.

When US President Bill Clinton discussed the matter with Russian President Boris Yeltsin in the 1990s, there was grudging Russian acceptance of some NATO expansion, but expectations on both sides differed. NATO’s decision at its 2008 summit in Bucharest to include Ukraine (and Georgia) as potential future members simply confirmed Putin’s worst expectations about the West.

Still, while NATO’s decision in 2008 may have been misguided, Putin’s change of attitude predated it. He had helped the United States following the September 11, 2001, attacks, but his 2007 Munich Security Conference speech shows that he had already soured on the West before the Bucharest summit. The possibility of NATO expansion thus was merely one of several intermediate causes – one made less salient soon after the Bucharest summit by France and Germany’s announcements that they would veto Ukraine’s NATO membership.

Behind all this were the remote or deep causes that followed the end of the Cold War. Initially, there was a great deal of optimism, in both Russia and the West, that the Soviet Union’s collapse would allow for the rise of democracy and a market economy in Russia. In the early years, Clinton and Yeltsin made a serious effort to develop good relations. But while the US provided loans and economic assistance to Russian Prime Minister Yegor Gaidar’s government, Russians expected much more.

Moreover, after seven decades of central planning, a sudden transformation into a flourishing market economy was impossible. Efforts to force through such rapid changes could not fail to produce enormous disruptions, corruption, and extreme inequality. While some oligarchs and politicians became wildly rich from the rapid privatisation of state-owned assets, most Russians’ standard of living declined.

At Davos in February 1997, the governor of Nizhny Novgorod, Boris Nemtsov (later assassinated), reported that no one in Russia was paying taxes and that the government was behind on paying wages. Then, in September of that next year, the liberal parliamentarian Grigory Yavlinsky told a dinner at the Harvard Kennedy School that “Russia is completely corrupt and Yeltsin has no vision.” Unable to cope with the political fallout of deteriorating economic conditions, Yeltsin, then in declining health, turned to Putin, the unknown ex-KGB agent, to help him restore order.

None of this means that the Ukraine war was inevitable. But it did become increasingly probable over time. On February 24, 2022, Putin miscalculated and lit the match that started the conflagration. It is hard to see him putting it out.

Joseph S. Nye, Jr., a professor at Harvard University and a former US assistant secretary of defence, is the author, most recently, of Do Morals Matter? Presidents and Foreign Policy from FDR to Trump (Oxford University Press, 2019).