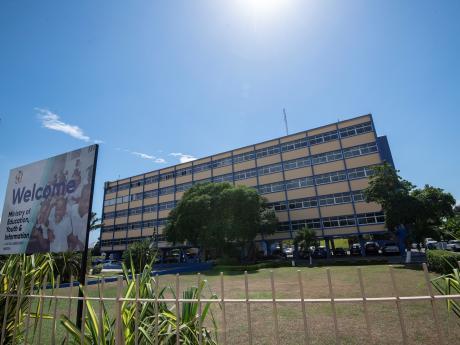 A memo from Jermaine Harris, principal of Edwin Allen, advised that PATH beneficiaries would not be given lunch for the remainder of the school term. Dwyer of the MOE was disappointed with the public handling of the matter and shared that the feeding of the children should be prioritised and adjustments made where necessary.

DISCREPANCIES WITH records are being blamed for the disruption of the Programme of Advancement Through Health and Education (PATH) lunch programme at the Edwin Allen High School in Clarendon.

That is according to Barrington Richardson, regional director of Region 7 in the Ministry of Education and Youth.

Richardson told The Gleaner that the team is working with the Ministry of Labour and Social Security to have the issue resolved as early as possible.

A November 18 memo from Principal Jermaine Harris advised students that lunches under the Government’s social safety net programme, which is administered by the Ministry of Labour and Social Security (MLSS), would be discontinued for the remainder of the school term, which ends in December.

“Once we receive additional PATH funds from the Government, then we will resume this arrangement,” the memo said.

Harris told The Gleaner last week that the announcement “was nothing abnormal” because “this has been a situation that we usually find ourselves in”.

When The Gleaner contacted MLSS Permanent Secretary Colette Roberts-risden regarding the number discrepancies alluded to by Richardson, she quipped: “Did Edwin Allen tell you that? In that case, it should be less,” asserting that if records were not updated, the school should then have fewer students on record for PATH benefits.

The Ministry of Education says 905 Edwin Allen High students are on the books to receive PATH lunches.

Richardson explained that the school received more than $8 million for the feeding programme for the Christmas term, adding that an assessment has revealed that the records of primary school students were yet to be transferred.

“The grade seven students who came in just in the height of the pandemic, their records have not yet been transferred from the various primary [schools] to high school, but they have their cards, so we’re trying to do the reconciliation to make an adjustment,” he told The Gleaner. “The gap is with what’s on the Ministry of Labour [and Social Security’s] record and what is actually at the school, but we’re still in the research period to determine what the numbers are so the adjustments can be made.”

Richardson emphasised, however, that the students would continue getting lunches as the region has channelled other resources into the feeding programme until more funding is received.

Maureen Dwyer, acting permanent secretary in the Ministry of Education, said she was disappointed with how the matter has been handled by the school, stressing that the onus is on the administrators to ensure the holistic well-being of students.

“Feeding our children is no joke. We provided $5.5 billion in this Budget to feed our children, so if we have to wheel and come again, it’s okay. That $5.5 billion is a signal of our intent. Feeding our students is not something to play about. There are some little ones who are already subjected to all kinds of trauma and poverty, so it’s not our intent that they should feel any way,” Dwyer told The Gleaner.

“I don’t like how the conversation is just blossoming ... . If I were a child on PATH, I would feel funny, and it’s not the intention of the Ministry of Education that our children should feel funny. The system should be inclusive, and our leaders on the ground will have to protect our children. They can’t just splash everything out there in the public like that. They have to be responsible in the way they talk about these things,” she added.

Citing communication as paramount, Dwyer said the Edwin Allen matter could have been dealt with at even a regional level.

She contended that school administrators should be proactive and hastily contact the ministry for additional assistance if funds are depleted for the feeding programme.