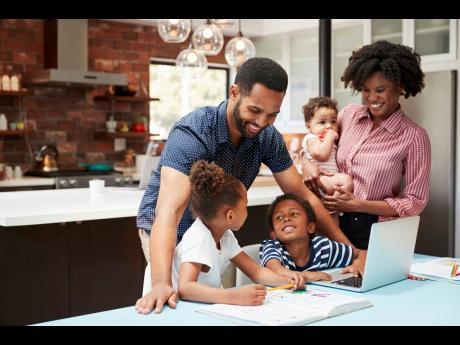 Marches are not enough to solve our parenting challenges in Jamaica. There need to be structured programmes involving psychiatrists and social workers and other stakeholders geared towards training parents to manage different situations with children.

AS ROSALEE Gage-grey, head of Jamaica’s Child Protection and Family Services Agency, reminded last week, what stands as discipline in the island’s homes is violence, either in physical or psychological forms.

Eight out of 10 children, she reported, were regularly subjected to physical or psychological violence as reprimands. A similar proportion of children say they witness violence in their communities, and nearly seven in 10 have been bullied at school. At home, the violence mostly comes from mothers, caregivers or other householders.

“Prevalent social norms, cultural practices and the normalisation of violence contribute to some of the violence,” Gage-grey said at a wreath-laying ceremony at a monument in downtown Kingston that commemorates children who die violently. “Child abuse is a serious problem that is plaguing the nation.”

This newspaper acknowledges the power of symbols, including marches such as those held in several communities last week to draw attention to this crisis. They must continue and be built upon.

But the problem demands a far more robust and holistic intervention, starting with the Government elevating the teaching of parenting and dispute resolution skills to the level of single-mindedness with which the management of the fiscal accounts and the delivery of large primary balances have been approached over the past dozen years. With this formula, key policymakers, who tend to be keenly fixed on economic outcomes, must develop a new and deeper awareness of the nexus between Jamaica’s long run of economic underperformance and the country’s high levels of crime. That should be an incentive for a new, and sustained, intervention against dysfunction.

Indeed, there is the oft-repeated estimate that crime, including more than 1,400 murders, clips up to seven per cent annually from Jamaica’s gross domestic product. Most of the crimes, including over 70 per cent of murders, the authorities say, are committed by young men who are part of gangs, or because of interpersonal disputes which people could not resolve.

A big part of the problem is a failure of policing. However, as Ms Gage-grey and others have noted, there is a crisis, too, in how children are socialised.

“We know that sometimes adults do draw them (children) into antisocial behaviour,” she said at last week’s march and wreath-laying ceremony. “So our efforts are to make sure that we are assessing our children and getting the right intervention ….”

Case-by-case interventions are, of course, necessary. But, other social issues notwithstanding, Jamaica is faced with a collapse in parenting skills that will limit the effectiveness of one-on-one interventions and their capacity to affect transformation.

For instance, in a speech earlier this month to mark November as Child Month, Kaysia Kerr, CEO of Jamaica’s National Parenting Support Commission, reported that, in a recent survey conducted by her agency, only 7.5 per cent of parents said they know how to effectively communicate with their children. The flip side of this statistic is that nine out of 10 parents are incapable of having adequate and satisfying exchanges with their offspring, which, it is reasonable to assume, impacts their approach to discipline.

Indeed, according to the 2019 Survey of Living Conditions, for two-thirds of younger children, corporal punishment is the most common form of punishment at home, followed closely by “psychologically aggressive methods”. Other studies suggest that, for children between two and 14, over 70 per cent faced at least one form of physical or psychologically aggressive punishment from parents or other family members. The problem is across income strata, but worse in poorer households.

There are claims in some quarters that parents, generally, have become blasé, ceding the role, and problems, of parenting to schools, which, in the post-pandemic environment, have struggled with worsened discipline among students. This is often manifested in schoolyard brawls, including, in at least two instances, murder.

However, this newspaper hears in the data of the parents conceding their inability to effectively communicate with their children a cry for help. Parenting is just another of the social failures with which they do not know how to cope. Yet, it is one that is likely to have the most lasting and detrimental impact on society. Maladjusted children perpetuate the cycle of dysfunction which contributes to poor economic outcomes.

We previously proposed that the Government, along with other interventions, launch a mass programme of teaching parenting skills, using as its template the 1970s campaign of the Jamaica Movement for the Advancement of Literacy (JAMAL) that attacked illiteracy. Tens of scores of Jamaicans volunteered for that enterprise.

We repeat the suggestion, but with a proviso that it be allied with our call for a similar campaign to address violence in schools. Essentially, the parenting crisis and indiscipline among students are merely different sides of the same coin.

This campaign would involve a mass mobilisation of psychiatrists, psychologists, social workers and other volunteers to descend on schools and communities, and wherever else, including social media, where people at risk can be reached. The programme would be underpinned by other projects to improve people’s lives.

It must be clear in this campaign that Jamaica is on a crusade for national transformation. Unlike what eventually happened with JAMAL, every effort must be made to avoid a grand ideal being dragged down by political partisanship. A campaign like this can be owned only by the prime minister.