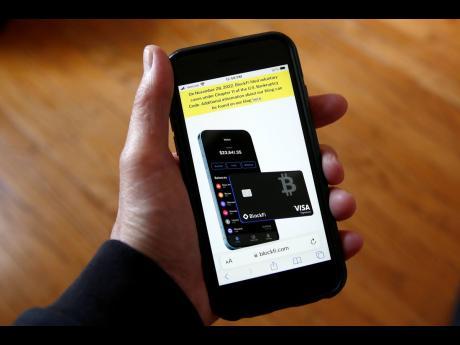 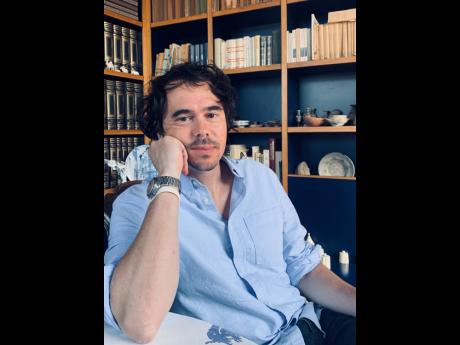 Jonathan Levy, a professor in the Department of History and the Committee on Social Thought at the University of Chicago, is the author of Ages of American Capitalism: A History of the United States (Random House, 2021)
1
2

CHICAGO :The failure of the cryptocurrency exchange FTX, the latest in a long history of American financial shenanigans, was a doozy. “Never in my career have I seen such a complete failure of corporate controls and such a complete absence of trustworthy financial information as occurred here,” said the corporate restructuring specialist John Ray III, who is now overseeing FTX’s bankruptcy.

The FTX collapse is only the latest in a sector that has been pummelled since April 2021, when the value of crypto first dropped. But it’s not just crypto. After markets sliced $89 billion off Meta’s market capitalisation, CEO Mark Zuckerberg announced he was shedding 13 per cent of the company’s workforce (11,000 people). Then, within days of Elon Musk’s takeover of Twitter, which he purchased – apparently on a lark – for $44 billion, many began to fear for the platform’s future.

Idiosyncratic individuals wielding billions of dollars, intent on building corporate empires (including philanthropic ones), are far from unknown in the United States. Reading about Sam Bankman-Fried, FTX’s disgraced founder and former CEO, I recalled the “Erie Wars” of the late 1860s, when charismatic financiers, with easy access to gargantuan amounts of capital and credit, sought to build the first great US business corporations: the transcontinental railroads. The railways got built, but not without considerable financial waste and corporate intrigue.

At the centre of it all was Jay Gould, the greatest financial operator in US history. In 1868, Gould, a young man recently arrived on Wall Street, took on the ageing Commodore Cornelius Vanderbilt, who had made his fortune in steamboats. After the Civil War, Vanderbilt began to buy up shares of the New York Central Railroad, hoping to take control of it.

To conceal his intentions, Vanderbilt bought the stock by proxy. But Wall Street speculator Daniel Drew caught wind of it. Drew, a director of the competing Erie Railroad, loaned himself Erie stock, which he used as collateral to buy New York Central shares. Vanderbilt, angered that he now had to pay more to buy New York Central, cut a deal with Drew and worked in unison to bid up the stocks of both railways.

Drew, a former cattle driver who fed salt to his herds so that they would drink more water and take on more weight, soon double-crossed Vanderbilt, joining with Gould and his partner, James Fisk, Jr. During the Erie Wars, Drew, Gould, and Fisk “watered” Erie stock by issuing stock certificates in excess of the plausible value of the railroad’s existing assets. A New York judge in Vanderbilt’s pocket ruled against them.

Drew, Gould, and Fisk fled New York with suitcases full of cash and Erie stock and bonds. I imagine the trio laughing and waving goodbye to Manhattan as they decamped to Jersey City, New Jersey – much like Bankman-Fried and his coterie of chums, who became millionaires and billionaires while working beyond the reach of regulators from a Bahamas resort.

The US monetary and financial system looked very different during the Erie Wars than it does today. The US was struggling to return to the gold standard, and the Federal Reserve did not exist. Still, during these years, given the recent centralization of US capital markets in New York City during the Civil War, Wall Street was overflowing with credit, which made possible the egregious manipulations and schemes of Gould, Drew, and their ilk.

In addition to financial manipulation, corporate access to easy credit fueled booming investment in the fledgling US railroad industry. But much of it was unproductive. Corporate officers like Gould grabbed the cash, bought up land, and built railroads across Native Americans’ sovereign territories before competitors could arrive. When workers struck for higher wages and eight-hour days, they crushed them.

The spectre of corporate monopoly loomed. But so did the menace of corporate busts if confidence – and hence money – drained out of the financial system. In the railroad age, there were two particularly severe financial panics, in 1873 and 1893, followed by crippling economic depressions.

The parallels to today seem clear. Taking advantage of the low interest rates of the 1990s and 2000s, and then the ultra-low rates that prevailed for more than a decade after the 2008 global financial crisis, Big Tech grabbed cheap money in order to gobble up rival companies, engineering talent, and personal data, stifling competition whenever possible. And now, with interest rates rising fast, there is less credit bidding up stocks and cryptocurrencies, and it turns out that for many companies that had been gorging on debt, offering a service to consumers at below cost may not be a viable long-term business strategy.

Abundant credit, it seems, inevitably taints animal spirits with greed, leading to excess and corporate malfeasance. It would be far better to tighten financial conditions, as central banks are now finally doing, and subject companies to the whip of scarce capital and market competition, right?

Morally speaking, the right response is to recoil at reports of Bankman-Fried’s shenanigans, financial and otherwise. But ethics – throwing out “bad apples” before they spoil the entire barrel – is not the central issue. The problem is not excess and greed, or even the merits of “effective altruism,” but that something has gone awry at the nexus of political and economic power.

The Erie Wars are well known partly because they were the subject of the book Chapters of Erie (1871), co-authored by Henry Adams and Charles Francis Adams, Jr., grandsons of US president John Quincy Adams. The Adams brothers, too, warned their readers not to focus on private greed but rather on politics. Reading their description of Vanderbilt, I cannot help but think of Musk ensconced at Twitter:

“[He] has combined the natural power of the individual with the factitious power of the corporation. The famous “L’état, c’est moi” of Louis XIV represents Vanderbilt’s position in regard to his railroads. Unconsciously he has introduced Caesarism into corporate life…. Vanderbilt is but the precursor of a class of men who will wield within the state a power created by the State, but too great for its control.”

Corporations – the Erie Railroad and Twitter, the New York Central Railroad and Meta – are in the first instance legal creatures of the state, and Vanderbilt was indeed a precursor to the “class of men” who wield so much power today.

The Return of the Repressed

In a sense, FTX’s implosion is ironic, because Bankman-Fried’s mother, the Stanford Law professor and philosopher Barbara H. Fried, wrote one of the finest scholarly studies of a very different conception of corporate power: the public utility ideal.

News reports have focused on a supposedly revealing essay by Fried in which she wrote that a desire to locate “personal blame” had “ruined criminal justice and economic policy.” But she was right. Followers of the FTX saga would do better by turning to her indispensable book The Progressive Assault on Laissez Faire: Robert Hale and the First Law and Economics Movement, published in 1998, when her son was six.

Hale, a Columbia law professor and economist, tirelessly argued that, because the railroads and corporations like electric utilities provide essential public services, they should earn a “fair” rate of return on investment, given their production costs, but nothing more – and certainly not the ridiculous financial valuations in credit-bloated capital markets.

It is not clear that cryptocurrency offers any essential public service, although I agree with the judgement of Bocconi University’s Massimo Amato and Luca Fantacci that, in challenging the current global monetary system, crypto “poses the right question, but gives the wrong answer.” The public utility case is easier to make for social media companies.

Regulatory principles like “public utility” deserve rediscovery. Others do not. Among them, I would count the over appreciation of stifling bureaucracy during much of the twentieth century, which sapped the dynamism of enterprise. The problem is that when dynamism came roaring back in the neoliberal 1990s, greater inequality amid newfound tech riches, as well as a lot of corporate fraud and malfeasance, came back with it.

Much of what Big Tech values is praiseworthy, from fun (a good thing) to wondrous creativity. But the meltdown of FTX, and the turmoil engulfing Twitter and Meta, have once again exposed the costs of blindly worshipping enterprise and wealth. The state cannot afford to leave matters of vital public importance, including citizens’ savings and the principal means of public communication, to the whims of paper billionaires’ puerile fantasies.

Jonathan Levy, a professor in the Department of History and the Committee on Social Thought at the University of Chicago, is the author of Ages of American Capitalism: A History of the United States (Random House, 2021).