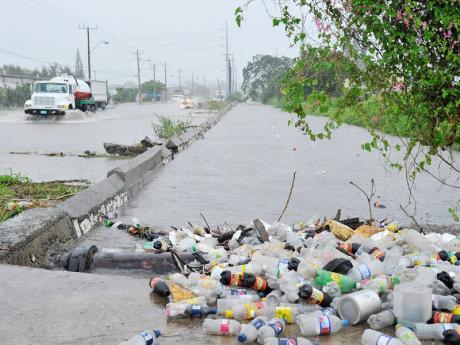 Can we try to be perpetually clean?

Jamaica’s cleaning operations seemed to be events based. Drain cleaning and de-bushings seemed to be linked to elections, Christmas or the threat of severe weather conditions. We are hoping that the 50 trucks added to the National Solid Waste Management Authority’s (NSWMA) fleet, along with a feasible and sustainable cleaning programme, will help to keep the country clean.

LIKE MOST Jamaicans, this newspaper celebrates the receipt by the National Solid Waste Management Authority (NSWMA) of 50 additional garbage trucks and its launch this week of a campaign to remove garbage pile-ups across the island.

The clean-up campaign began in the municipality of Portmore, St Catherine, where, according to the NSWMA’S Executive Director Audley Gordon, the problem is especially acute.

According to Mr Gordon, there were between 60 and 70 loads of uncollected garbage in the municipality, some of it, as is the case elsewhere in Jamaica, deposited at illegal, makeshift dumps. There is a backlog right across the entire Portmore. “We don’t want any backlog, so the plan is for the municipality to be backlog-free by Christmas,” Mr Gordon said.

We, too, hope that there are no further pile-ups of garbage anywhere in Jamaica. Not only is it unsightly, but the overflow of garbage in public bins and strewn on roadways, along sidewalks and in drains and gullies poses grave threats to public health.

Further, the island’s garbage problem is also among the many demarcations of the two Jamaicas. For, while all areas might suffer from the problem, uncollected garbage is disproportionately an issue for inner-city and lower-income communities, rather than wellto-do ones.

And, as this newspaper consistently observes, the state of cleanliness of the communities helps set a tone for how their residents, and others, perceive them. Communities that are clean and manicured are assumed to be orderly and well managed. Those where garbage is uncollected, verges are overgrown, drains are uncleaned, and with cratered roads, are presumed to be chaotic and on the margins.

In these circumstances, it is harder for people to feel good about where they live and invest in creating a deep sense of community. It suggests a breakdown of social order. The environment becomes, in part, self-fulfilling. It helps to breed disorder and the circumstances in which crime and criminality thrive.

It is against this backdrop that we regularly complain about the seeming inability of Jamaican administrations, across parties, to, with consistency, do the small things and get them right. It is not expensive to trim verges, clean gutters and, even with a shortage of garbage compactors, to collect and appropriately store refuse until it is collected. If that is a priority, indeed, the requirement for doing this is primarily minimum-wage labour.

Except that these exercises are not treated as part of normal services governments provide to the citizens who pay for them. Too often, they are special productions, rolled out at Christmastime and other special occasions as a treat for communities, when politicians have an opportunity to distribute patronage. So Parliament votes itself on special allocations so that each MP, as is now the case, can spend perhaps J$20 million on clean-up efforts in their constituencies. Unfortunately, these special programmes tend to suffer from mismanagement and a misallocation of resources.

It was an expectation that Jamaica could get past these shortcomings while delivering clean communities. The 2020 initiative by the finance minister, Dr Nigel Clarke, to allocate J$320 million for the cleaning of gullies in the capital, some which run through his constituency, allied to communitybased clean-up and garbage-management schemes, was a welcome step.

That arrangement was supposed to include the permanent employment of workers who would have special hand-operated carts to remove garbage from hard-to-traverse gully-bank communities to central areas for collection by garbage trucks. We had hoped that the system would be tweaked to allow for light cleaning in specific areas throughout the day.

We assume that the programme was actually launched and that something happened, although there are no signs that it made a difference. Which would be a shame.

Neither has there been any accounting of the project, either by Dr Clarke or the NSWMA’S Mr Gordon. It is not too late for them to do so.

Further, with some creativity and will, we can do much better at keeping Jamaica’s communities clean. If Shirley Williams’ blueprint from the 1980s, when Metropolitan Parks and Markets still operated, is available, it would still be relevant in the current situation.