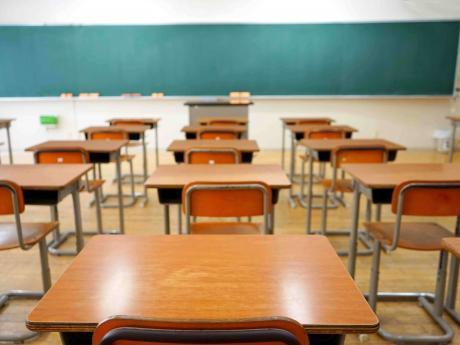 Concerns were raised in the Public Administration and Appropriations Committee (PAAC) regarding the attendance of students as well as the state of their mental health. Dr Kasan Troupe, acting chief education officer, told the committee that while there are 1,198 guidance counsellors in the school system, there is a need for an additional 292.

7,000 students yet to return; infant enrolment plunges in basic schools

DESPITE EMPLOYING its Yard to Yard Find the Child Initiative earlier this year to re-engage unaccounted-for high- and primary-school students during the heights of COVID-19, the Ministry of Education and Youth is reporting that more than 7,000 are yet to return to the classroom this academic year.

At the same time, Public Administration and Appropriations Committee (PAAC) Chairman Mikael Phillips raised an alarm Wednesday about what he said was a significant fallout in the attendance of children in early childhood institutions (ECIS).

Responding, Karlene Deslandes, executive director of the Early Childhood Commission, said that schools were just emerging from the shadow of COVID-19.

She said that a new census that was being done will reveal a more accurate figure, now that schools have been fully opened.

However, Phillips said that, in the 2019-2020 school year before the onset of COVID-19, the numbers reflected similar percentages.

Regarding unaccounted-for students, the education ministry said that, at the end of

the last academic year, approximately 18,000 students remained unengaged of the 120,000 that had been targeted.

“Our data is suggesting that these are students at the secondary level, the more senior students, and the report would indicate that a number of these students have chosen not to return to school, largely because of economic livelihood issues. They are engaged to complement the family income or they are trying to earn on their own,” said Richard Troupe, acting director of safety and security in schools.

Troupe and other education ministry officials who appeared before the PAAC indicated that the Yard to Yard Find the Child Initiative would continue.

He said that deans of discipline, guidance counsellors, and social workers would visit homes and work with families to improve students’ attendance.

The Yard to Yard Find the Child Initiative was designed as a threemonth intervention programme for the period January to March 2022, to work with 478 primary and high schools across the country.

The targeted institutions, according to Troupe, saw between 30 and 50 per cent of students enrolled being unengaged utilising the three modalities of remote learning at the time.

Troupe said that a significant component of the programme will be institutionalised within the ministry through the MOE Family Connect app. He said that the app is currently being tested.

“The idea is that all of our public schools will have access to this app. The app will be populated with students who are unengaged, so that that information is accessible to the individual schools, the region, and central ministry in real time … .”

And while students who cannot be accounted for in schools remain a major focus for the ministry, Troupe said the inconsistent attendance by some students is cause for concern.

He indicated that the ministry was not satisfied with the attendance record of between 18 and 20 per cent of students.

“That’s a matter we have to treat with as a matter of urgency. How do we ensure that our students have not only returned to school but are fully engaged for five days per week? And that now becomes the focus of our effort moving forward, ”troupe said.

“That is why, for us, the Family Connect App is so important, because it is not only committed to finding the remaining 7,000 plus, but it is also committed to ensuring that the system is able to respond, and respond adequately, effectively, and appropriately to the situations as they evolve,” he added.

Dr Kasan Troupe, acting chief education officer, told the committee that the ministry was moving to increase the number of guidance counsellors and deans of discipline in schools.

Referencing psychosocial issues, Troupe said that the ministry has allocated sums in the budget to access the services of clinicians to work with students across the various regions.

Tova Hamilton, committee member, said that greater focus should be placed on mentalhealth issues in schools and the wider society. “I think that is why we are seeing certain things playing out within our schools, because we are not paying it much attention,” she said.

Troupe agreed, saying the ministry has done research through Dr Herbert Gayle, the social anthropologist, which has shown that, at least for every child, there are about three adverse experiences to which they would have been exposed.

“We are making sure that our programmes are preventative and not reactive,” she said.

Troupe said that there are 1,198 guidance counsellors, including cluster-based counsellors in schools. She said the ministry needed at least 292 more to maximise its targeted ratio of one counsellor to 500 students.