No positive HIV tests for at-risk clients on PREP 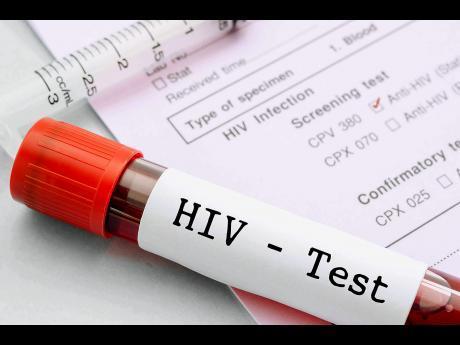 Pre-exposure prophylaxis (PREP) is a drug that prevents the contraction of HIV. Reports show that there is a low take-up of the drug. However, there have been no reports of contraction of the virus for those who take the medication.

THE SLOW take-up of the pre-exposure prophylaxis (PREP) HIV drug in Jamaica has sparked concern for Dr Richard Amenyah, UNAIDS multi-country director in the island.

PREP, which is usually in the form of a pill, is designed to be taken by Hiv-negative individuals who are at a greater risk of contracting the virus. These include gays, transgender people, sex workers, women in violent relationships, and serodiscordant couples.

According to Amenyah, the drug has an efficacy rate 96 to 98 per cent.

The PREP programme was piloted in Jamaica three years ago by the Ministry of Health in partnership with the Jamaica Aids Support for Life (JASL) and the University Hospital of the West Indies.

While Amenyah has applauded the Government for the initiative, he believes that PREP and its benefits should be better promoted.

“We are engaging Government and civil society, engaging the key population groups, understanding what are the challenges they [at-risk people] face in terms of accessing PREP and staying on PREP medication,” he said at a recent Gleaner Editors’ Forum.

As the globe prepares to commemorate World AIDS Day on

December 1, the UNAIDS official noted that persons who are HIV negative may find it difficult to take the pills daily as they are otherwise healthy individuals.

Although the drug is deemed safe, side effects of taking PREP include diarrhoea, nausea, headache, fatigue, and stomach pain.

Amenyah said that UNAIDS is lobbying the pharmaceutical industry globally to allow for injectables, which can be taken six times per year, to be accessible in developing countries as well.

“That will be another addition to strengthening the PREP intervention,” he said.

While concurring with Amenyah that the local take-up of PREP has been slow, medical director of JASL, Dr Jennifer Brown-Tomlinson, told The Gleaner that other limitations include inadequate promotion of the drug and the fact that at-risk people sometimes do not believe they need to access the drug.

However, she said PREP being a daily medication is the main challenge.

“We don’t in Jamaica have a very good track record of taking medication every day, so that tends to limit the uptake as well. The fact that they have to take a pill every day for it to be effective, when they are otherwise healthy, can be a bit of a deterrent,” she said.

Since its pilot, Brown-tomlinson said JASL has initiated more than 200 clients on PREP at its sites. They are administered the Truvada (tenofovir disoproxil fumarate 300 mg/emtricitabine 200mg) free of charge.

Brown-tomlinson praised the results, telling The Gleaner that no client has tested positive for HIV while on the medication.

Successful outcomes like that will help spur the adoption of Prep in the national HIV prevention programme.

“They are now building the capacity of the Ministry of Health staff to implement PREP and roll it out across the island,” she said.

Meanwhile, Brown-tomlinson said JASL will be conducting further research into the PREP injectable, though noting that it will be the health ministry’s responsibility to procure it.

“I definitely think it’s something worth looking into, because while we have people who refuse to take an injection, the major complaint that we get is that it is difficult to swallow these pills; they are too big,” she said.

The number of people living with HIV in Jamaica is approximately 33,000, or 1.4 per cent of the population.

However, HIV infections among men who have sex with men is 29 per cent, while the prevalence among transgender men is 51 per cent.