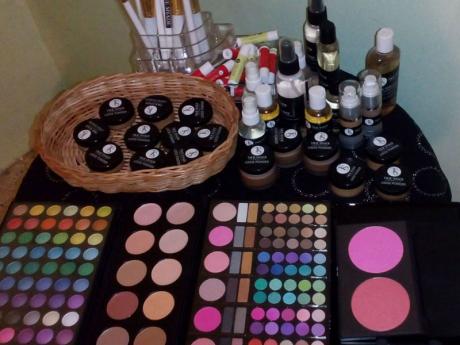 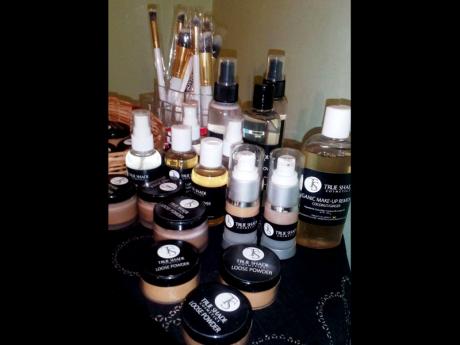 Out of the continuous frustration of not being able to find her 'true shade', Dianne Plummer developed her own line of True Shade cosmetics.

While attending Aalto University in Helsinki (Finland), Plummer was unable to find a foundation that matched her skin tone. She would have to wait until she came home, went to Paris or neighbouring countries to find a foundation suitable for her skin tone. This was a tedious task so she decided to make her own. She did the research and started mixing. It was no easy feat, and she had to try numerous times before she even got her shade, but the mission was accomplished.

After perfecting her shade, her friends then started to ask her to make theirs. Due to the number of requests she received, she soon realised that this could easily become a business venture. She continued her research and experiments with other products, and in August launched her cosmetics company. "I returned to Jamaica in July, and I got my business registered and products tested. When I returned home, I came with ingredients and final products so I did not have to wait to make them before I got started," Plummer tells Flair.

She had started to establish herself in Helsinki, Finland, but she wanted to give back to her own country, which is why she registered True Shades Cosmetics in Jamaica. "I actually started to distribute the True Shade mineral make-up from a friend's salon in Helsinki City Centre. I also sold items to friends and schoolmates. However, I think that Europe has so many brands to choose from, as does Jamaica, but I wanted to be a part of Jamaica's history and produce the first natural make-up line, which is why I decided to do it in my own country," she adds.

While she does not manufacture the lip gloss, blush and concealer palettes, Plummer personally makes her own organic line of make-up. These include her cream foundation, loose powder, bronzers, blush and lip balms. She also makes supporting products such as make-up removers, brush cleaners and make-up setting spray. She admits that her products are a little different from the ones that she made in Helsinki because she has added local ingredients in her products.

"I think the people here would be able to identify with the brand, predominantly because I use local ingredients such as aloe vera, coconut and lemon grass, among other local ingredients passed down from my grandmother," she told Flair.

Her battle with eczema was one of the reasons that Plummer chose to create make-up with minerals and natural ingredients.

"I have eczema and it was hard to find something that has good coverage that does not affect my skin, so I wanted to produce something like that," she told Flair.

Her personal favourite is her blush. She has four shades in her mineral blush line along with a blush palette that is from the private labelled line.

"I love the blush, I think it goes very well with my skin," she said. However, she does maintain that her make-up is not a one size fits all because everyone is unique.

Though the business is still in its embryonic stage, Plummer is allowing her creative juices to flow as she is currently working on mascara, lip paint and natural primer to add to her line of products; and does consultation to make custom foundation for some clients.

What she is grateful for is the support that she has received from some of the persons around her.

"I really have some good people that has helped me with guidance and support like make-up artist Paul March, Sharon Wint from Face Forward, and Keniesha Bryan and Nancy Evans from Heart College of Beauty Services," she noted.

Plummer would love to see this product making its name on a global market and is doing the ground work to ensure that this takes place. In order to not lose focus, she is trying not to take on too many products at a time - like delving into skin care too soon. She wants to ensure she distributes world-class make-up to her customer. "I am taking it one day at a time," Plummer said.

While she is still in talks with distributors, Reve Jewellery at Shop 13, Devon House, will be distributing her products.