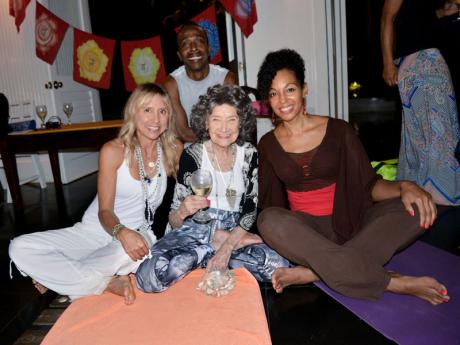 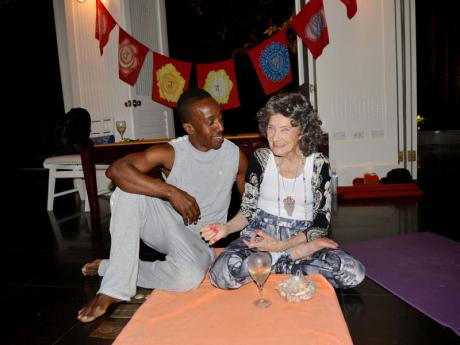 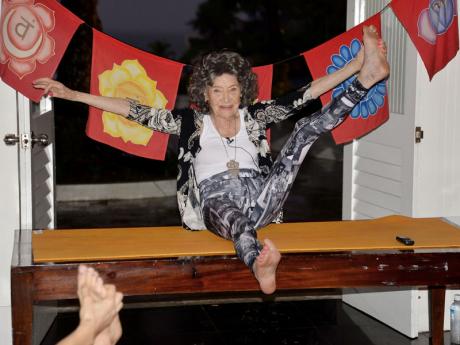 She lives by the mantra, "there is nothing you cannot do," and at 96 years old, New York resident, Tao Porchon-Lynch, continues to prove this as the world's oldest yoga instructor.

Last Tuesday evening, yoga enthusiasts across the island got an opportunity to train with the master herself at a special retreat held at the Round Hill Hotel in Hanover.

Through a heavy downpour and navigating slippery roads, participants came from as far away as Kingston to experience Porchon-Lynch, whose journey into yoga dates back to 1926, when she was just eight years old, on the beaches of her native homeland, India.

The resort's Hanover room, was the venue for this special retreat where a soft-spoken, but articulate, Porchon-Lynch showed off her amazing agility in an hour-long session filled with motivational talks and hands-on instruction to participants. Throughout the session, the yoga master placed special emphasis on effective breathing and proper body-balancing techniques.

"Whenever I wake up in the morning, I think this should be the best day of my life," Porchon-Lynch told her audience mid pose. "In life, the wellness that we are searching for is within us and we can find it ... don't wait until tomorrow to do anything, one minute after midnight is already too late," she added.

Kingston-based, yoga instructor, Buffy Campbell, was simply in awe of Porchon-Lynch. "It's been totally inspiring, I got goose bumps," she said. I drove all the way from Kingston in the rain to be here and if I could capture this moment in a capsule, I would ... I will try to impart this to my students when we practise. This has reinforced what I've been teaching for the last eight years that through yoga, the body is capable of so many things outside of what we think it can do, so don't limit your mind."

Porchon-Lynch is also the founder of the Weschester Institute of Yoga, where she has certified more than 400 instructors. Outside of yoga, she also has several other accomplishments to her credit; including being the founder of Wine newspaper and gaining more than 600 first-place awards in competitive ballroom dancing.

Her visit to Round Hill coincided with the opening of the resort's new and improved fitness centre, which Linda Lawrence, director of sales at the resort, promises will have a healthy emphasis on yoga.

"We just opened our new fitness centre and so the whole idea is for guests to stay healthy and keep up with their exercise routine while they are on vacation. We want to be the place for yoga and for trendy fitness programmes here in western Jamaica," she added.

Porchon-Lynch, who confesses to be a lover of wine and chocolate, is no stranger to the island, and in fact, plans to return in the upcoming year to conduct a three-day yoga retreat.