Leon Hamilton, The ‘Spirit of JN’ in London 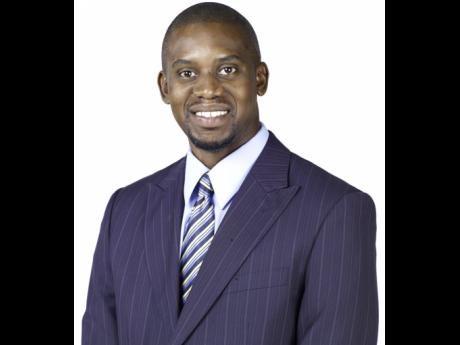 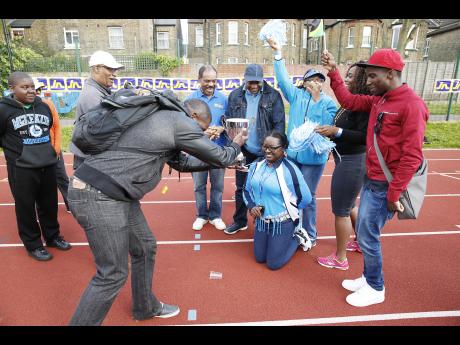 Contributed
Fun and Games: Leon (left, foreground) is at his playful best as he presents the JN trophy to a proud winner at the JN Staff and Family Fun Day held in the United Kingdom recently. 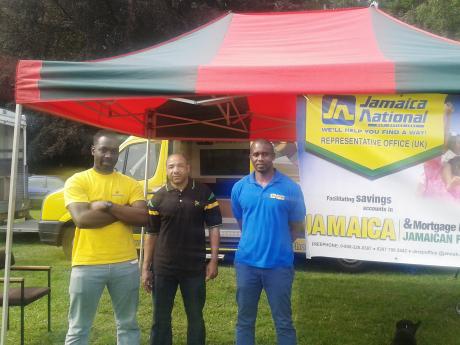 Contributed
Leon Hamilton (right), chief representative officer, JN UK, in coventry with members of the JN team. In the background is the JN mobile unit, which brings JN services to members across the United Kingdom.
1
2
3

As the May day skies grew dark over London and Big Ben's sombre rings echoed five times in Westminster, staff at the Jamaica National Representative Office in the nearby Elephant and Castle mall, settled in for an evening of work and camaraderie.

They were not part of the regular mass exodus from the city of London, which heralds the start of each Bank Holiday weekend. They were making bigger plans for that particular weekend - the annual JN Staff and Family Fun Day.

Chief among them was Leon Hamilton, JN's chief representative officer, who for the past four years has led the successful implementation of his organisation's business strategy in the United Kingdom (UK).

Having studied accounting, banking and finance, and honed his skills in marketing, mortgage operations and customer service, Hamilton was well prepared for his role when he arrived in the UK in 2010. He is noted among JNBS staff for his business focus and strong commitment. These attributes were evident when he arrived, and one of his main objectives was to find new ways to better serve the changing needs of JN members.

"JNBS constantly reinvents itself in keeping up with market demands," he explained. "We believe in personal delivery; therefore, we create alternatives to meet the needs of our members."

He jumps on a train with a slice of the 'JN way' delivering sound advice to members wherever he goes. And, members look forward to his visits - it's not unusual that on a trip to Sheffield or Manchester, his entire team will be treated royally to lunch - lovingly prepared, and served with repartÈe and good humour.

He wears the Jamaican flag proudly, and counts these experiences as some of his favourite moments on the job. "During these events, I am reminded of 'ole' time Jamaica, and the characteristics which make us essentially Jamaican," he mused. "Our warmth, our hospitality, our respect for everyone. These are traditional values that are always visible wherever in the UK you find Jamaicans."

But, more than that, he values his team for the passion staffers bring to meet the needs of their members. "There is always such energy and drive," he enthused. "Their positive attitude enriches each occasion, and accompanies us through each stage of every experience ... from arrival, through to setting up the promotion, to the interaction with members. They are a joy to work with."

These anecdotes point to a romantic nature that only the strongest of men are willing to reveal, and one that his wife, Marsha, fully appreciates! He, in turn, is fulsome in his expression of admiration for her. He paused significantly before noting, "She is a great wife. In this season of our lives, we are both very busy, but we create our moments and make them special so that even the most mundane task becomes significant."

And, as if a fast-paced job and family life weren't enough, Hamilton also makes time for community service. A Kiwanian for many years, he is currently vice-president of the Addiscombe - Surrey Chapter of Kiwanis, and treasurer of the UK board.

Community involvement is not new to him. He has served on the JNBS board as staff director, and was part of the executive committee of the JN Managers' Association. Of even greater interest was his stint as one of the founding members of the highly regarded JN Chorale, where his warm bass tones enriched the group's participation in member appreciation events, funeral services, and award ceremonies.

It is no accident that someone who displays such excellent business acumen and strength of character, should count among his role models leaders such as United States President Barack Obama; civil rights leader Marcus Garvey; and Earl Jarrett, general manager of JNBS. He credits them for their visionary leadership, drive, and emphasis on improving the world - one initiative at a time.

"These men epitomise strength, focus and achievement, and are effective representations of the impact of well-nurtured talent and skills among people of colour."

Hamilton feels strongly about the perception of ethnic minorities in his territory - that it is often the less edifying activities and characteristics that are highlighted. He also identified a disturbing reluctance among minorities to participate in the decision-making processes in their communities.

"We are in a strong position to reshape how we are represented," he opined. "However, we need to stand up and make our voices heard in the right places."

At the same time, he expresses deep admiration for Jamaicans in the diaspora, who never miss the opportunity to contribute to health, education and other service sectors in Jamaica, through tireless fundraising initiatives.

He chuckled as he noted, "When I attend fundraising dinner - dances, I try hard to restrain myself for fear I will get too lost in the music!"

Despite setting a deliberate path to success, and already realising many of his personal and professional goals, Hamilton has focused his compass on a path to even greater achievement and service.

"My organisation is traditional in its values, but forward-thinking in its execution. JNBS has many innovative plans for the UK market. We are on course to become a bigger financial force, and I am thrilled to be a part of that."

Smiling, he added, "My only condition is that no matter what I am doing, I must have enough opportunities to connect with my family, and for special visits to places like Little Ochie in Mandeville, Jamaica, or Gloria's in Port Royal, for a well-prepared steamed fish!"