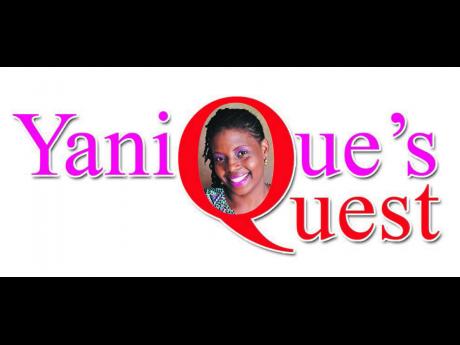 It's been a little over a year since I decided to start dating again. At the time I didn't understand the concept of dating, but I knew I wanted to enjoy the company of an adult male again.

Needless to say, this experience has had its ups and downs and I have met a lot of frogs along the way. I have seen my friends enter and change relationships over the year, and yet still I have not found myself in any relationship.

I wouldn't trade places with them though, because they seemed far happier to me when they were single. Whenever their relationships come to an end, they sulk for days and even cry for days. I definitely don't grudge them that. I like the fact that I am taking things slow and enjoying the experience along the way.

I decided that for my one year 'anniversary', I was going to spend the weekend alone. I thought of taking off to Portland and even entertained the idea of going to Punta Cana, but decided in the end to just stay home.

My children would be gone for the weekend and this would be a good time to relax and do absolutely nothing. Do you know how rare it is as a parent to say 'absolutely nothing?' Well that was my plan. I didn't care what house work or office work I had to complete, I was not doing anything this weekend.

I woke up Saturday morning at my usual time but instead of rushing to the kitchen, I simply rolled on my other side. It felt good to just lay there and have absolutely nothing to do. I started thinking of the changes that had happened in my life over the past year. I even started thinking about my ex.

I don't entertain personal thoughts about him anymore, but I would be lying if I didn't say he crossed my mind daily. I only have to look at my children to see him and his presence was so evident in my daughter even though she looks like me. I found myself saying "what if?' and I had to shake myself back to the present.

I don't believe any parent ever says, 'When I grow up, I want to be a single parent'. I don't believe anyone has ever had that dream - but it happens. I used to get really depressed when I was told 'if you had got married before making babies', but that got really old very fast. I have seen so many people get married and have kids and right now we are in the same situation.

The only time I get really sad is when I start thinking that my ex should really be doing more with the kids and then I start trying to be supermom so they don't feel cheated. No matter what anyone tells me, I still believe that a two-parent household is the best way to raise a family. Some parents learn how to co-parent after a break up but it's still not the same.

As the day progressed, I thought about how far I have come emotionally. The woman who used to find herself crying at nights from this intense loneliness has no reason to cry anymore. The changes didn't come easily, and the changes within were constant. It all started when I started feeding my mind with positive thoughts and stopped blaming myself for things that were beyond my control. I had spent so much time trying to fix something that had been broken, that I had forgotten to breathe.

This year had given me back not only my inner peace, appreciation of self, but I now see things with clarity, and I remember to exhale every day and leave everything to time. I don't know where this journey will take me, but I am very thankful for what it has given me over the last year.