When two became one - The Phillipses' journey 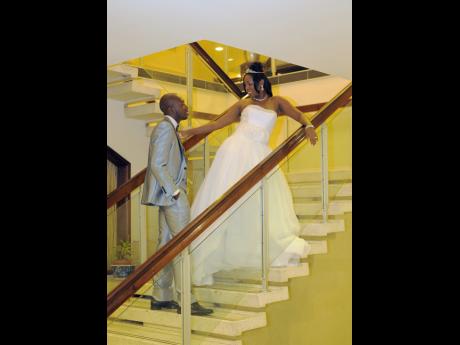 Contributed
The newlyweds were captured in a loving moment. 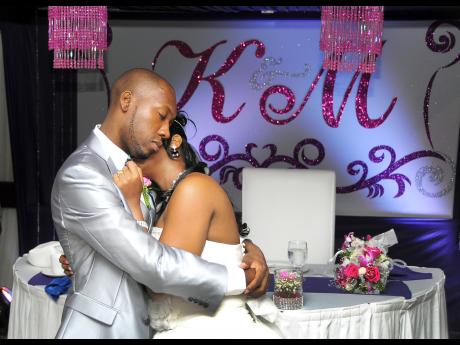 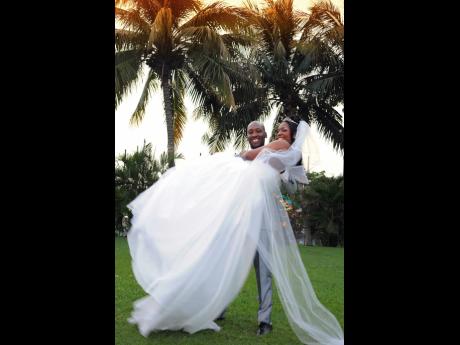 Contributed
In true wedding fashion, the groom sweeps his wife off her feet. 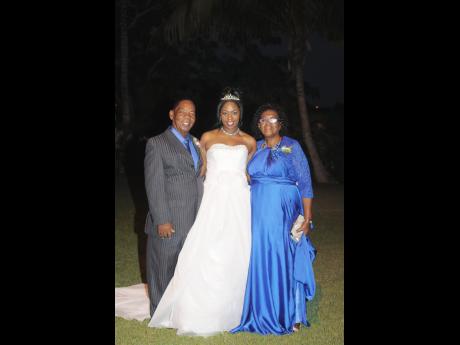 Contributed
The bride sandwiched by her parents Oswald and Annette McPherson. 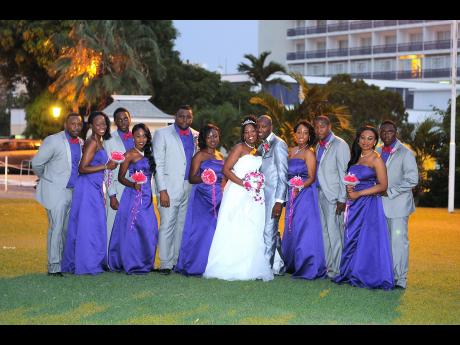 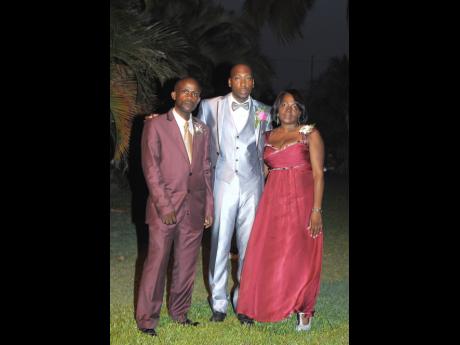 Contributed
The man of the hour (centre) shares the spotlight with his parents Magnus and Pauline Phillips. 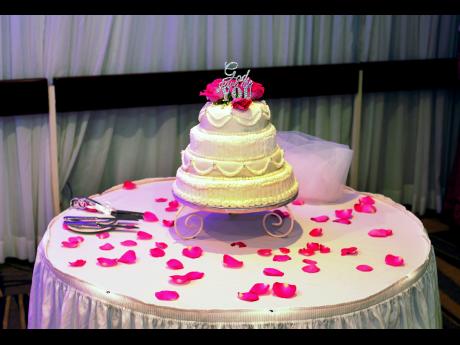 Marlon Phillips, who found true love in Karesha McPherson, honoured their relationship by entering the realm of marriage.

The two met in 2006 at their church's youth group meeting, and Marlon was immediately smitten by Karesha's beauty and personality. "After seeing Karesha at church, I thought to myself: 'Yes Lord, I think my eye is full with this one!' My focus from group activities was shifted to her. She was a true gem and had everything I wanted in a wife. I wanted to be everywhere she was. The way she thinks, the way she dresses, even the way she prays, had me on cloud nine."

He continued, "We got a project to do at church, and we ended up in the same group. I usually tried to start a conversation with her as a group member, and in that way, we were able to nurture our friendship. We exchanged numbers solely for the purpose of the church project.

Karesha shared Marlon's sentiments, noting that Marlon is not only charming and handsome, but also has an eye for detail - something she was attracted to.

The classic case of 'playing hard to get,' was taken up a notch, and it took Marlon all of six years to approach her. "I expressed to her that I liked her very much, and she actually disregarded my interest. I tried and tried relentlessly over the years, only to hear, 'No it's not going to work.' Whenever she is at church, I would race to try and have a conversation with her. Then one day I said to myself, 'Why is it so hard to get to her?' Of course, I came to the realisation that real gold is hard to find, and when you do find it, the process of actually getting your hands on it is very tedious," he explained.

After much prayer, they made their relationship official in 2012,

"It was not an easy journey. However, with God and family, we made it throughout the years."

"Marlon was the one because a special love for him developed in my heart to the point where I was not able to resist it anymore. It drove me to my knees which involved the Holy Spirit instructing me," Karesha shared with Flair. Marlon added, "She is a firm Christian like myself and she is very obedient to God and I love that about her."

On December 31, 2014, Marlon decided to pop the question. At a watch night service, just a minute after midnight, Karesha took to the podium to read a scripture, and suddenly Marlon joined her. Right then and there, in front of 300 people, he said a few words before going on one knee and asking her to marry him. She said yes and the church erupted rejoicing.

After months of planning, executed by the loving couple, the two became one, joined together in holy matrimony on June 20, 2015.

The royal wedding took place at Hope Gospel Assembly on Old Hope road, and included a bride, who was an absolute vision of perfection in her white gown and a crown. Her groom departed from the conventional black suit and instead opted for the smooth and suave silver, all swimming in a ocean of regal purple and grey, courtesy of their elegant wedding party.

After the ceremony, they moved the party to The Jamaica Pegasus hotel - Talk of the Town to be exact - for their wedding reception. What stood out for them was the cutting of the wedding cake. The bride was asked to break the cake, after which she placed it in her bosom and sent her husband digging in for the sweet treat.

The couple enjoyed their first dance as husband and wife to Bruno Mars' Count on Me.