The True Face of Love: The Lawrence’s Story 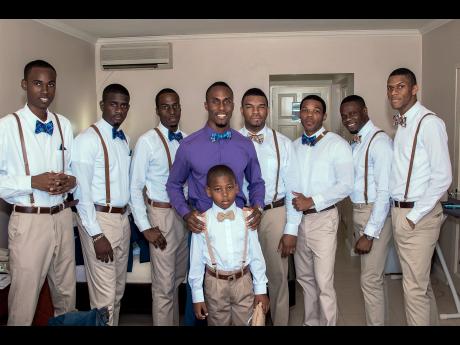 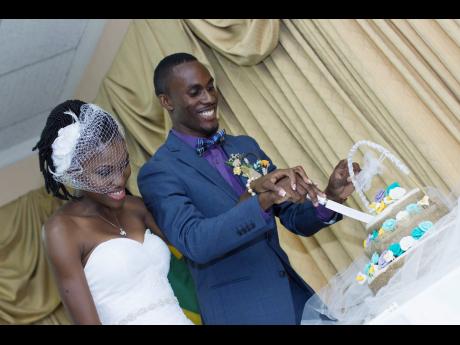 Contributed
The lovely newly-weds sharing a moment while cutting their wedding cake. 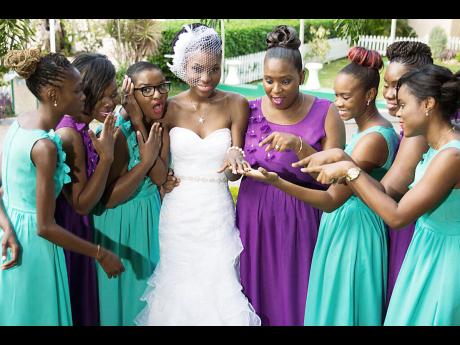 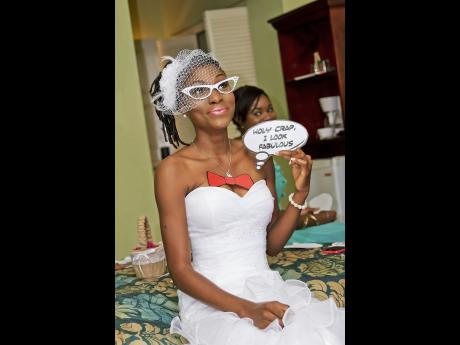 Contributed
The bride, Shadelle Hill, is captured having lots of fun with her bridal props before she walks down the aisle to meet her husband. 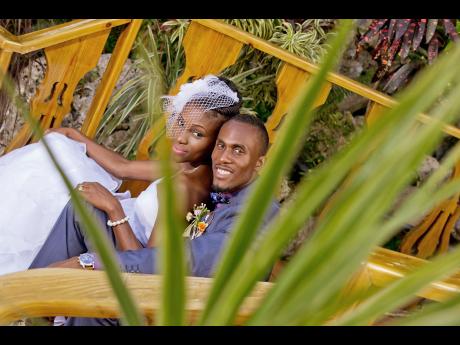 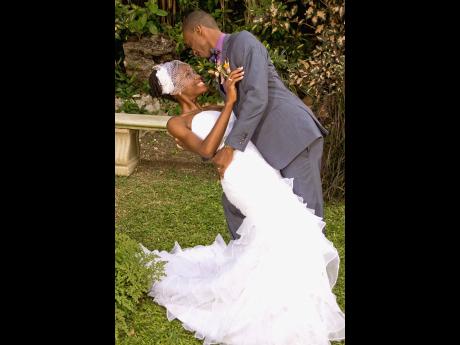 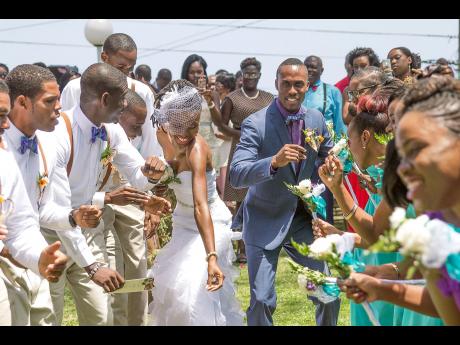 Contributed
The bridal party enjoying the live band as the bride and groom dance down the aisle to ‘Celebrate Good Times’. 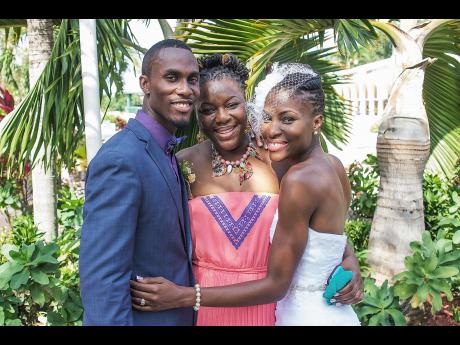 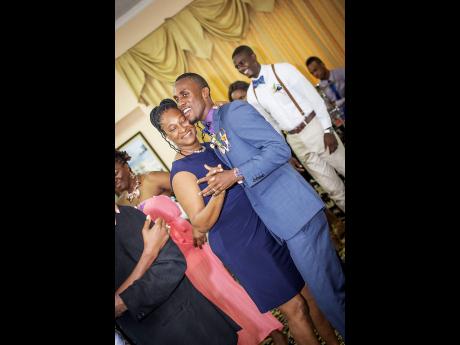 Contributed
Caught in a mother-son dance is son Kahlid Lawrence and his lovely mother, Donna Lawrence.
1
2
3
4
5
6
7
8
9

Activist Malala Yousafzai once said, "What is interesting is the power and the impact of social media ... so we must try to use social media in a good way." Well, Kahlid Lawrence did just that in expressing his interest in Shadelle Hill.

The two lovebirds met on Facebook, and it wasn't just because of a pretty face. Mesmerised by her angelic voice in a video on the popular networking site, he commented to one of her friends on how impressed he was. "They're really good! But who's the girl who starts the lead?" Kahlid asked. Then he mustered up the courage to send her a direct message.

Shadelle's connection was instant the moment she received the message from the mysterious stranger on February 28, 2013, "This random Facebook message startled me. We all know the crazy messages we get sometimes. This one, though, was different. The message from the handsome man read, 'Hey Shadelle, how are you? I'm Kahlid. No, you don't know me and I don't know you lol. I heard you singing, it was amazing! Y'all sound really good. Hope to meet you one day. Keep it up. That's awesome! lol."

His wish was fulfilled when they met in person about a month later at a gospel concert. Since that first conversation, not a day has passed that they have not communicated. "I believe that's why it feels like we've known each other forever," the couple noted, which was cemented by the fact that they got along with each other's families, having met relatives on both sides.

"From day one I realised that we were very similar in a lot of ways. I'm a simple person and so is he. We knew that we were going to spend the rest of our lives together. Kahlid is everything I've hoped for and more. I didn't know traditional men were still around. We had talked about what we look for in life partners, and our plans for the future as individuals, and somehow we both knew we were able to help each other realise those dreams," Shadelle told Flair.

Kahlid noted, "Each day spent is just another day of happiness, knowledge and growth. She is God-fearing and that is why I have such a great love for her. In everyone's life, one has to realise that they are getting older and they need people around that will stick by them through any situation. Not to judge, but to lend a hand and ensure that you are on track no matter how hurtful it may seem, because they genuinely love you. Shadelle is that person for me and she proves to be each day."

Kahlid officially proposed to the love of his life in December of 2013.

According to Shadelle, it was a regular day and Kahlid was at her place. He decided to make dinner that evening, which was not the first time. However, there was music in the background, and not just any music - Jason Derulo's Marry Me.

Shadelle recalls, "I thought that he was just being a gentleman, as he always is. He invited me to sit while he was trying to sort out the music. I wasn't bothered at all, I just could not understand why the table was set, the dinner plates were covered and there was no food in them yet.

I sat there while curiosity took over. He finally came over and took his seat. He asked me whether I knew the song, but I was hearing it for the first time. It was beautiful and he ensured that I got a chance to listen to the entire song. We then joined hands and blessed the food. I realised he was not getting up and I believe I volunteered to get the food. He immediately told me to remain seated. I couldn't wait any longer and needed to know why the empty plates were still covered. With no clue at all, I removed the covering from my plate and there was a beautiful ring in the centre of my plate. I was so overwhelmed that I burst into tears. He took the ring, went on one knee and asked me to marry him! I was all messy and could barely answer, but 'Yes' eventually came out. I totally forgot about dinner.

The food got cold and dinner was abandoned. Tears ran down my face for almost half an hour and we talked for hours about the life we were looking forward to together."

On the beautiful morning of May 12, Kahlid Lawrence and Shadelle Hill were joined together in holy matrimony as husband and wife, at the lovely Cardiff Hotel and Spa, in Runaway Bay, St Ann.

Close family and friends gathered to witness the couple declare their long and lasting love in a fun-filled ceremony. The bride was stunning in an elegant white gown while the groom jazzed up his outfit with navy blue and a hint of purple.

Their bridal party was adorned in teal, beige and purple, with waves of gold, and their wedding ceremony was nothing short of amazing.

The reception, held in the Hibiscus Conference Room on the property, took the fun factor to new-found heights. DIYs were the order of the day for the newly-weds, who opted to keep the occasion original and intimate. They shared their first dance as husband and wife to Thinking out Loud by Ed Sheeran. The parents joined in after, then family and friends. Eventually, all the guests were on the dance floor, ending the celebrations with a group dance to the Cupid Shuffle.