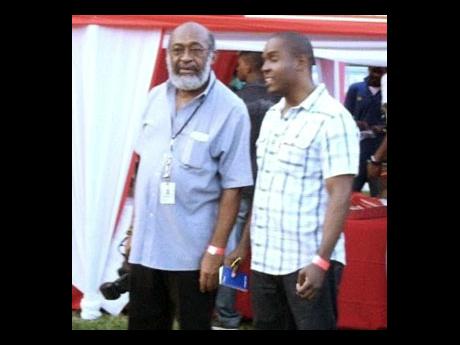 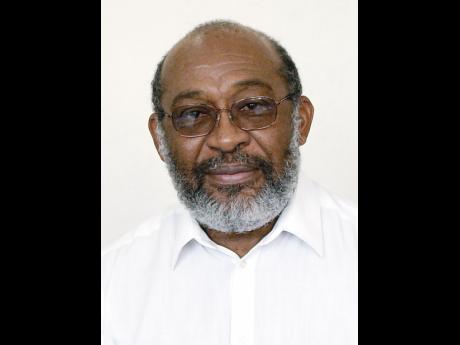 It wasn't until after I'd know him for years that I found out his first name was actually Harold.

So he was Harold Winston Lloyd Sill. His photos covered every individual, from the president to the pauper. Sir Sill, as I still call him even though he's left us, knew it was the people on the other end of the lens who were most important. I met him in 2000 when I did a summer job at The Gleaner. We would meet up again in 2002 when I officially started working at the company.

The social scene was our primary beat and Sir Sill and I attended many a soiree, reception and banquet. If you walked into an event, the question from the hosts, the guests and even the other media persons would be "Where is Sill?" Once I told them he was on his way, there was a pronounced sigh of relief. Because, as one tribute on social media put it, if Sill didn't cover the event, is like it nuh keep. He was an artist with the camera. If the great Sill was taking the photo, it meant it was worth taking.

It was Sir Sill who introduced me to his good friend Johnnie Walker (and we've been good friends ever since), and taught me the subtleties and appreciation of a good Scotch. More important, he also taught me how to handle myself on assignment, how to find the people with whom I needed to speak, and how to navigate the intricacies of the job that you just can't learn in a classroom. Sir Sill was the 'soca man', and many a reveller has been caught, whether they intended to be or not, in his lens.

His timing, especially for the unexpected, was always uncanny. A fellow photographer had a running joke that Mr Sill could be asleep during a fashion show, but the instant a model has a, ahem, wardrobe malfunction, somehow he would awake, the camera shutter would fire with alarming rapidity, and the 'interesting' image would be captured. Another posterior kept for posterity.

And, of course, there is The Star newspaper centre spread. Such was the beauty he was able to capture every week, it prompted media veteran and Gleaner colleague Arthur Hall to quip "Mr Sill mus' get employee a di year fi life!" Many a young man (myself included) offered to carry his camera bag, or an extra lens or any implement necessary for these photoshoots, just to be inside the studio. Sir Sill, the wily fox he was, never took the bait.

He was full of wit, enjoyed a good joke, and always had you laughing. Two statements will always stay with me. He was always telling you who was a fifth columnist (still not sure what that is), and who wanted "two good lick wid a cow cod!" Why that particular appendage was the instrument of choice, I never asked.

He could be miserable, (he especially had little patience with the cell phone camera users getting in his way) but there was a warmth about his grumpiness that made it impossible to feel offended for very long, if at all. Sir Sill was loyal, hardworking, caring and trustworthy. As one social scribe described him on Facebook, "he was the last gentleman of his era." Going to miss you Sir Sill; walk good.