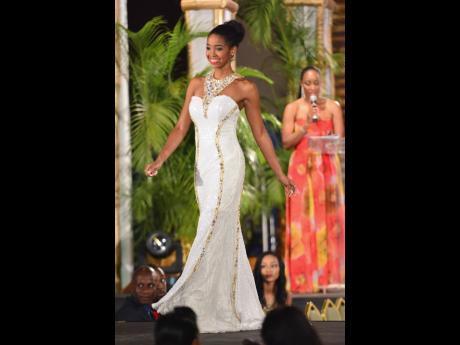 Di Foto Shoppe
Suchelis Rhodd had eyes glued on her while wearing this Franz Christie. 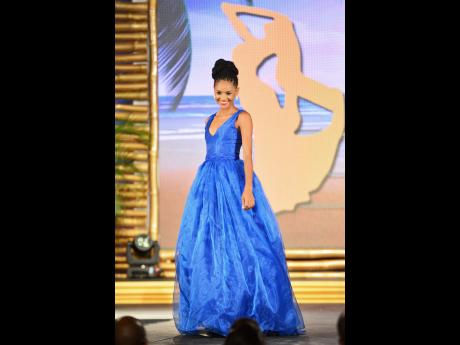 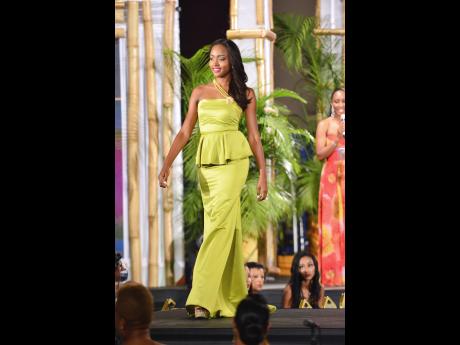 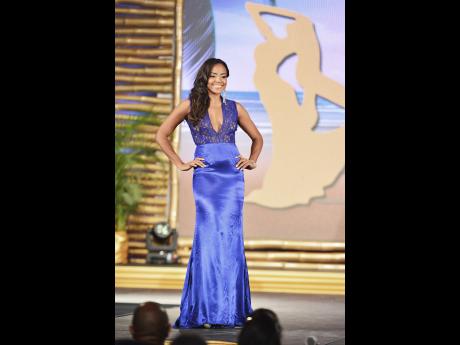 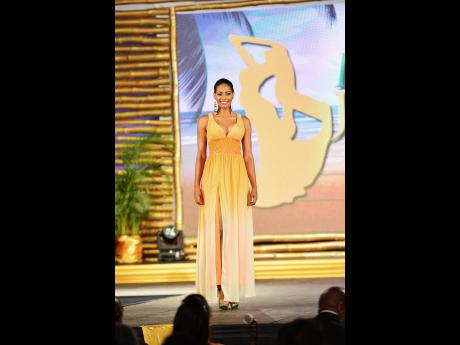 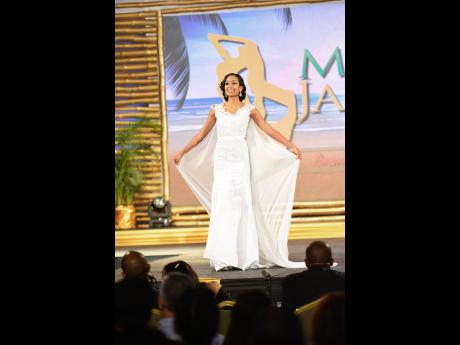 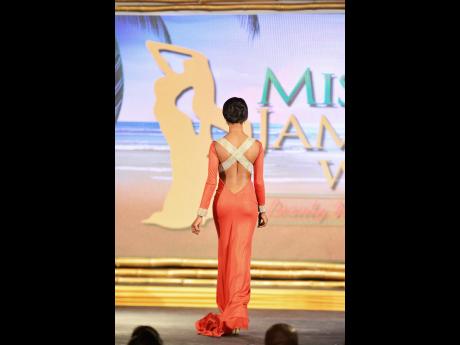 Di Foto Shoppe
Crystal Mason donned this sexy (at the back) and elegant Daniel Stone design for the runway.
1
2
3
4
5
6
7

Not only did the Miss Jamaica World 2015 pageant showcase the island's vibrant culture and beautiful attractions, but a number of the country's best designers were onstage at the Montego Bay Convention Centre last Saturday night.

Here is my choice of the designers who made the cut!

New to the Miss Jamaica scene, designer Chris Moxam, created waves onstage, with his fabulous gowns, and what better person to wear his creation than the queen herself, Dr Sanneta Myrie.

Moxam, also had two other stunning gowns on the show, worn by first runner-up Royanne Desilva and Renee Boland.

Again, DrenaLuna went to work at her sewing machine, sending out Talia Soares and Krystal Tomlinson in fine style.

TNT Sasha and Franz Christie, completed the list of Jamaican designers who made the country proud last Saturday night.

There is no doubt in my mind that Sanneta Myrie will be well dressed on arrival in China come December.