Together at last: The Robinson's love story 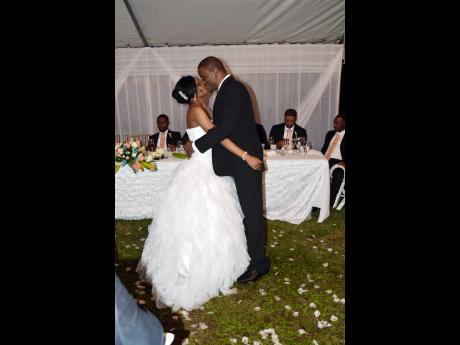 The newly-weds engage in a passionate kiss. 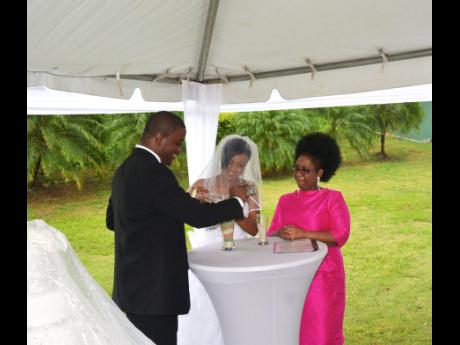 Daintylee Myers presides over the sand ceremony of Terri-ann Smith and Lincoln Robinson. 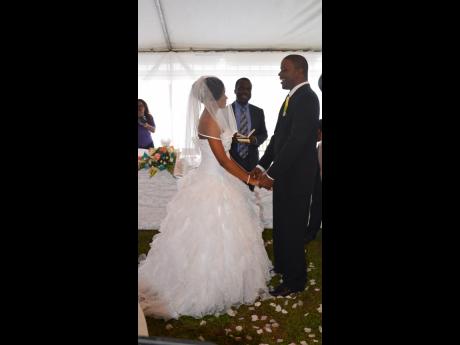 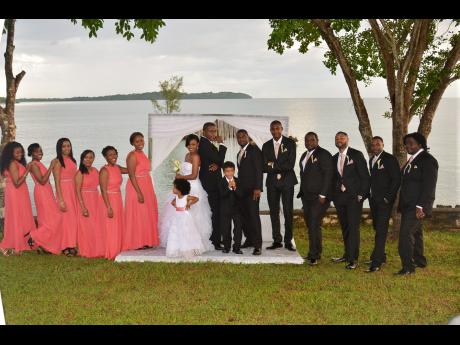 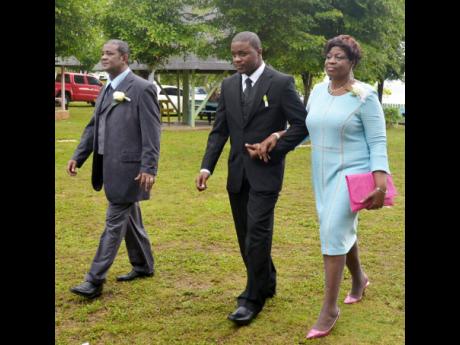 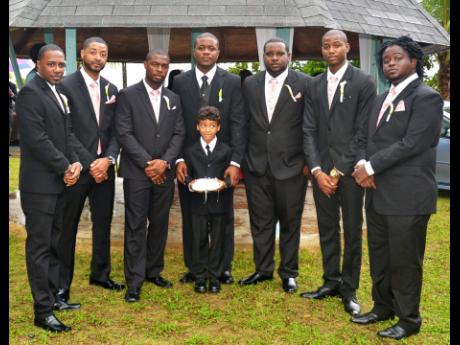 Contributed
Groom Lincoln Robinson (centre) with his ‘brothers of honour’ and ring bearer, prior to the start of the wedding ceremony. 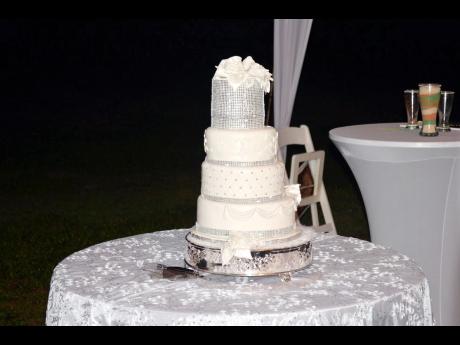 Contributed
Wedding cake, made by the bride's mother, Dawn Smith of Phat Cakes by Dawn. 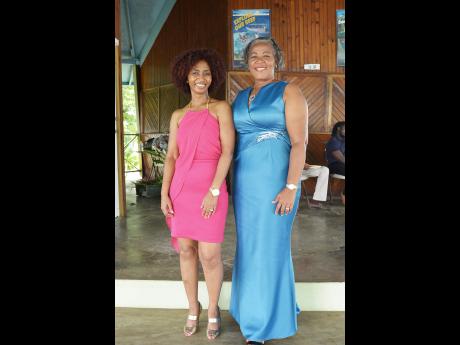 Contributed
Hyacinth Shakes Warren (right) and Sheila-ann Lindsay were among the guests at the wedding of Toni-Ann Smith and Lincoln Robinson.
1
2
3
4
5
6
7
8

The moderate showers which came down on Saturday, August 15, at the Rhodes Hall Plantation in Hanover, appeared to liven, not dampen, the spirits of Montegonians Toni-Ann Smith and Lincoln Robinson Jr, as the couple tied the knot at the picturesque seaside property, in a very entertaining and beautiful ceremony.

For the bride and groom, both 27 years old, their doting parents worked tirelessly to ensure everything was in order, and their children enjoyed what would be one of the most memorable days of their lives, rain or shine.

For the guests in attendance, the weather sent showers of blessing for the two, ahead of a fun-filled affair, punctuated by jokes and various antics from the very exuberant groom, as his blushing bride smiled shyly.

It was Lincoln who told the story of the long road to the union; his pursuit of Toni-Ann, which began while he was a pre-teen, in first form at Cornwall College, and Toni-Ann was in the same grade at the all-girl school, Mt Alvernia High, located opposite his all-boy school.

For him it was a case of perseverance, spanning close to 15 years, as "faint heart never won fair lady".

"I promised myself, that I had to tell this story," he said. "People, when I started Cornwall College in 2002, I have been trying to date Toni-Ann ... and this girl always flash me off and walk off. So school finish at 2:30 and I would leave school at 2:10, went by the tree, stood in the sun, waited, shirt tucked in ... and I used to follow this trend where the guys used to take their shoe polish to school ... . Before you leave school, go into the bathroom and fresh up. And I used to go into my mother's room and use her Avon body splash." he said as the guests burst out in laughter.

Years later, after both had completed studies at the University of the West Indies, Lincoln said he resumed his pursuit, but to no avail. Unrelenting he was, and after more than a decade, in January 2013, according to Lincoln, the two became an official item. In December 2014, he asked her to marry him and she responded with a resounding "yes", coupled with excited screams, according to the groom.

Toni-Ann is the daughter of William Smith and his wife Dawn. William is a farmer while Dawn is an office manager and proprietor of Phat Cakes by Dawn and former marketing officer at the Jamaica Tourist Board.

The groom's parents are Reverend Lincoln Robinson Sr of the Fresh Bread Ministries in Montego Bay, and Lelithe Robinson, a businesswoman.

Toni-Ann is a quality assurance supervisor at Caribbean Producers Jamaica, while Lincoln Jr is a sales agent at Jamaica Broilers.