The Flair Guy: All men should be feminists 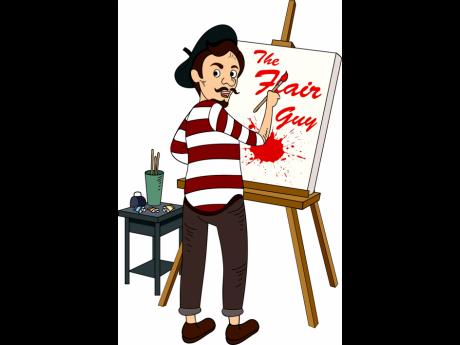 It should go without saying that all men should work to protect the rights of women. But that is not the case, and this is truly sad.

We live in a world where our mothers, daughters, wives, and sisters are being forced to work for less because they were born with a vagina and not a penis. Women are constantly told what they can and cannot do, and a girls' worth is attached to how many children she can bear. There are certain parts of the world where girls are still not allowed to go to school and are often sold into marriage to the highest bidder.

As a child, I could never understand all of this, but as I grew older and became more exposed to the world, I started to realise that as a male, without doing anything particularly special, I was blessed with far more privilege than my very own sister.

I don't deserve respect any more than my wife or girlfriend simply because I was blessed with a dangling accessory at birth. I say 'blessed with' because I am happy for my penis and the attendant privileges it has borne. Only problem is, I wish these same freedoms and rights would be given to all the women I know. In fact, they would probably be far better at managing and making use of it.

It is imperative for all men to recognise and appreciate that our lives will, in no way, be as constricted as that of women.

We may never have to walk down Half-Way Tree Road and deal with the minefield of thirsty men constantly catcalling and threatening all kinds of indecency. Chances are we will never have precious inches of newspaper space and airtime spent discussing what is appropriate for us men to wear just so we don't get raped.

While I appreciate that women don't need saving and, even if they did, they are perfectly capable of saving themselves (they have been doing this for centuries despite all our attempts to undermine their very existence), I happen to believe that there is a space for us men to become vocal advocates in the fight for gender equality.

There is no reason why we should not play our part as men to elevate our women to their rightful places - beside us and not behind.

So, if my advocacy for women's rights somehow makes me a feminist, then it is a label that I will gladly accept and encourage everyone else to accept. I want to move forward in a society where my daughter will be given the same resources and opportunities to succeed in whatever field she chooses - just as my son.

I don't want to live in a world where my sister is more susceptible to being abused by a man than I will ever be. It is ridiculous to see a man earning more than my mother for doing the same job, all because he is a man.

So, I implore all men to start looking at the subtle ways in which we are helping to make life difficult for the women around us, and begin the change that is so greatly needed in these spaces. No one deserves to be treated better than the other, all because of gender.