My husband got sterile before we got married 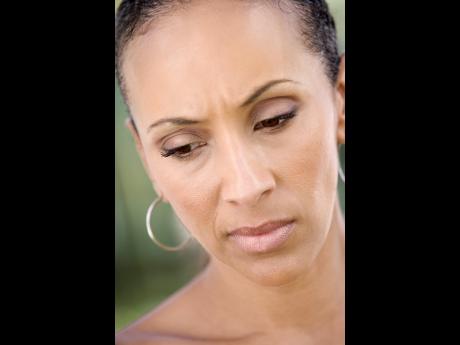 The hot debate among a group of friends this week concerned the legal effect of a husband's failure to tell his new wife that he had deliberately become sterile before they got married. In other words, the groom did not tell his wife-to-be that he had had a vasectomy.

For the purposes of this article, only the legal consequences of the husband's omission of such an important fact will be discussed; since the potentially angry or vicious verbal or physical reactions must definitely be avoided.

What does the Marriage Act say?

Although the base of a marriage is a contract, it is so much more, because there are underlying public-policy implications that are carefully safeguarded by the courts. Under the provisions of the Marriage Act, a marriage can either be void or valid, because (unlike some other jurisdictions) there are no voidable marriages in Jamaica.

When Section 3 of the Marriage Act is read together with Section 4 of the Matrimonial Causes Act, a marriage can be declared a nullity because it is void if:

1. It occurs between persons of the same sex.

2. Either party was not at least 16 years of age at the time of the ceremony. (There is a special provision in respect of death-bed marriages, where the parties must be at least 21 years of age.)

3. The parties are related, whether by blood or to some other prohibited degree, according to the law of England.

4. Both parties knowingly and willfully acquiesced in the conduct of the marriage ceremony before someone who was not a Marriage Officer or without two witnesses being present.

6. Either party had not validly consented to the marriage.

Although that is a closed list, I need to elaborate on item 7, because one argument among the group was that the wife would not have consented to the marriage if she knew that the husband was sterile. According to Section 4 (1) (c) of the Matrimonial Causes Act, a party's consent to the marriage will not be valid if:

* It was obtained by duress or fraud.

* One party was mistaken as to the identity of the other person or as to the nature of the ceremony performed.

* One party was mentally incapable of understanding the nature and effect of the ceremony at the time of the marriage.

The moot point in this debate does not require us to consider duress, mistaken identity or mental incapacity. The question is whether the husband's failure to disclose his sterility (whether by misrepresentation or omission) would constitute fraud of the quality to nullify the marriage.

Is the marriage void?

Having identified no local authorities, I looked to English cases for guidance. In one old English case(Moss v Moss [1897] P 263), the husband filed a petition for nullity of marriage on the ground of fraud after he discovered that his wife was pregnant by another man and concealed it from him at the time of the marriage.The petition was dismissed, and the court relied on the Privy Council decision in the case of Swift v Kelly (1835) 3 Knapp 257 for the view that, "... no marriage shall be held void merely upon proof that it had been contracted upon false representations ... Unless the party imposed upon has been deceived as to the person, and thus has given no consent at all, there is no degree of deception that can avail to set aside a contract of marriage knowingly made."

In reliance on an extract from Fullwood Cro. Car. 482: "When in English law fraud is spoken of as a ground for avoiding a marriage, this does not include such fraud as induces a consent, but is limited to such fraud as procures the appearance without the reality of consent" one writer opined that the position in England is conclusive. He said, "no representation as to moral qualities or as to physical conditions are deemed to be material" to the validity of a marriage.

To the debating friends then, let us put one aspect of the issue to bed by accepting that the English cases show that the concealment of sterility, impotence or even pregnancy will not be grounds for avoiding an otherwise valid marriage. The position in America is not as clear.

Next, we will consider what the wife may do to end the marriage and if she has any other legal recourse.