One on one with MJW Dr Sanneta Myrie 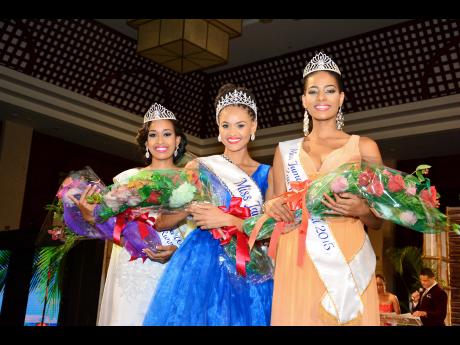 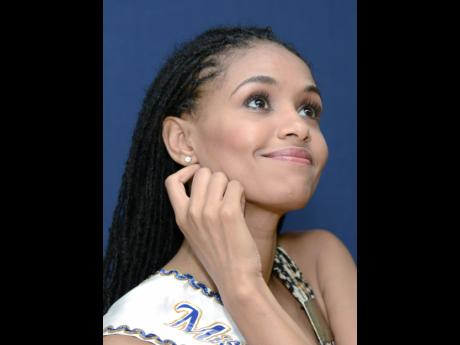 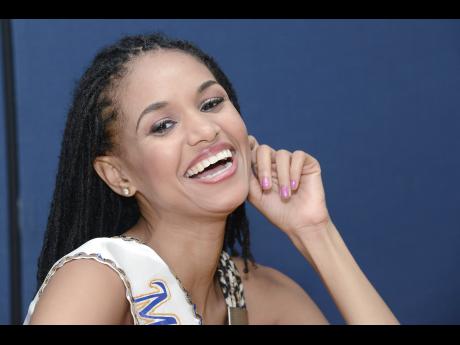 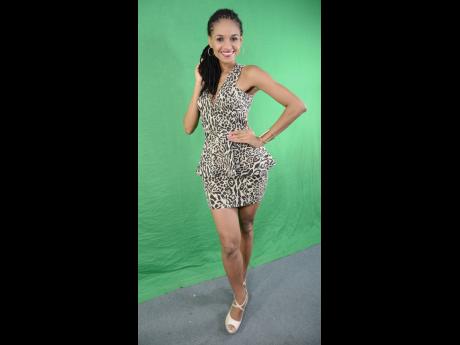 "Going in, you want to win, but you have to brace yourself for the disappointing blow. It can go either way, competing against these beautiful ladies who are just great women. So I just had to compose myself and hope that at the end of the night I would have won." Those were the words of the current Miss Jamaica World Dr Sanneta Myrie, as she eagerly awaited her fate on August 15, 2015.

Flair sat down with Myrie, who disclosed that after winning Miss UWI in 2012, she was encouraged by her close friends and family to take it to the next level with Miss Jamaica World (MJW) that year, but opted to choose another route instead. "I was supposed to enter then but the timing wasn't right. It was best to focus on my studies."

And that she did, graduating with honours at the end of her tenure; little did she know that the best was yet to come. The whole idea of beauty pageants always stuck with her for as long as she could remember. She recalls seeing pictures of Lisa Hanna and wanting to have a similar impact and change the world. And shortly after finishing med school, she decided to take the chance, just to see what the pageant had to offer.

Passionate about Jamaica and its diverse culture, she performed a modern contemporary dance number for her talent competition to Damian 'Junior Gong' Marley's Move, enhanced by Mutabaruka's reciting of Dis Poem overlaying on the track. This piece landed her in the top spot and secured her place in the final 10.

The dance was choreographed by Quilt Performing Arts Company, based on the University of the West Indies, Mona campus, and was inspired by Jamaican dance styles as well as Afro-Caribbean dance forms. "I have been dancing since the age of four, so it was only natural that I displayed that art form as my talent. Talent is something I definitely wanted to win, especially since the company that I am in (Quilt) is a pioneer in experimental theatre. When I won, I was excited and so were they," she highlighted.

Myrie explained that the pageant is very dynamic in structure, as it exposes contestants to areas such as career development, blood-drive initiatives, festivals, even self-defence classes. But what really stood out to her on her journey was the bonding opportunities with the rest of the contestants. "The joy, laughter, learning from each other and just enjoying ourselves - those were the moments I truly cherished."

Of course, within the fairy tale, reality seeped its way through the cracks. Family plays a major part of her daily life for the Westmoreland native, and being away from them for so long, to say the least, was difficult, "I am big on family. They mean a lot to me, so being away from them is not easy for me. I lost my grandmother in February, so this year was difficult because she was very close to me, one of my role models because she was such a wonderful woman. My father and brother, two of the persons behind my achievements - whether to graduate medical school, win Miss Jamaica World or take home the crown for Miss World (speaking it into being)," she explained. She continues to miss them, as it has been full speed ahead in prepping for Miss World in November.

But let's backtrack. Making over their bodies was assigned to Spartan gym, and four day out of the week they would engage in intense training, as well watching what they ate and learning how to balance it all. Luckily for Myrie, she is a vegetarian so the transition was easier for her than for others. But she revealed that she did have to reduce her carb intake, "I love pastas, so that was hard to give up," she remarked with a laugh.

After seeing Laurie Ann Chin fulfil her Beauty with a Purpose project with the support of the reigning Miss World, Rolene Strauss, Myrie is looking forward to working on her very own initiative. "Currently, there are six adopted charities and all the contestants received the opportunity to be involved with Laurie's mission to build a classroom for autistic children; Miss World came down to cut the ribbon at it's opening. It was wonderful just to be a part of the process and see Laurie Ann accomplish her mission. I am currently working on my own Beauty with a Purpose project for Miss World, so look out for that."

Myrie told Flair that in that moment when it was down to just two, all she said she could do while standing there was say a prayer. "I had to call on God. I brought myself to a peaceful place, if your name is called first then great, if not, then you move on gracefully knowing you did your absolute best."

She continued, "When they called my name and announced that I was Miss Jamaica World, I went through a state of disbelief. I wasn't sure if I heard correctly or if it was just my imagination, so I didn't want to step forward. I took it all in, and then, based on everyone's response, I realised that I had in fact won. Only then did I make that walk to receive the crown, hoping and praying that I don't fall. It felt like my heart was bursting at its seams, and found myself in a state of euphoria."

The success of the big night has brought about big changes - mostly during the first two weeks following the coronation - lots of events, meet and greets and interviews.

Now that the glitter has settled, the euphoria has worn off and real work begins in taking on the responsibilities of representing Jamaica - prepping and planning with a whole new wardrobe, enhancing her walk and interview skills for the upcoming Miss World this November in China.

TRADING IN THE STETHOSCOPE FOR THE SASH

It's definitely a sacrifice, the queen asserted. "I have always wanted to be a doctor and help people, but who wouldn't want to be the brand ambassador for Jamaica? It's an opportunity I am honoured to have, and grateful for. I am going to have a learning curve to catch up, in giving up my internship to pursue my other dream, but I have the rest of my life to do medicine, so I am just exploring all that life has to offer now."

Outside of pageantry, performing arts and medical academia, Myrie can be found by the beach, becoming one with the sand, or visiting Three Rivers in Negril to jump off the cliff and take in the beautiful sunset.

She also confessed that what many may not know about her is that she has a love affair with coffee, "I am a coffee addict. I have it every morning, one of the tricks I have learned is to drink it through a straw to keep the smile white and bright. I developed this addiction during med school."