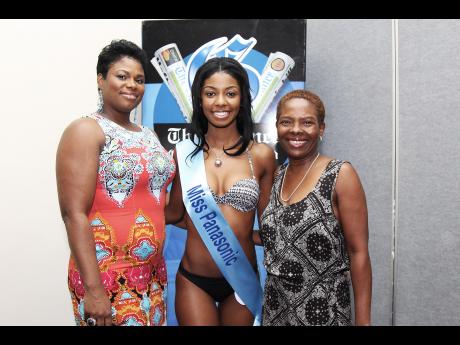 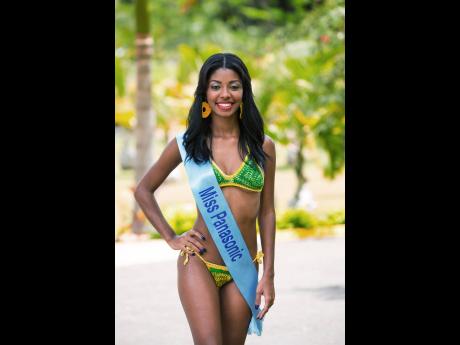 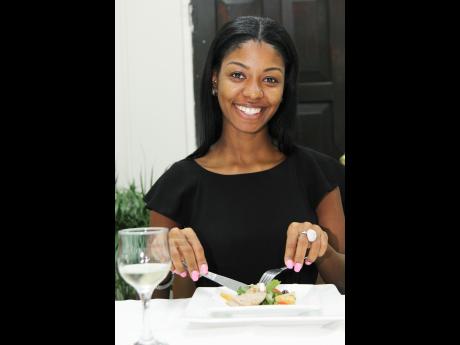 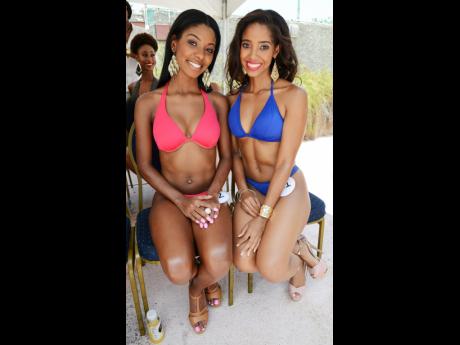 Rudolph Brown
The Gleaner’s Flair ‘Girl Next Door’ winner Richelle Parchment (left) and Suchelis Rhodd are all smiles for our camera.
1
2
3
4

At a height of 5 feet five inches tall, the 21-year-old proudly wore the sash of Miss Panasonic in the recent Miss Jamaica World competition after winning The Gleaner's Flair 'Girl Next Door' competition.

The vivacious Richelle Parchment recalled her unexpected placement after she received a call from The Gleaner informing her that she had won the Gleaner's Flair 'Girl Next Door' competition.

Parchment told Flair in a recent interview that at first she was confused, because she had no idea what they were talking about - it was her mother, Karen Wilson, who entered her.

Wilson told Flair that she coerced her daughter into the competition because of her exotic beauty and brilliant mind - a gem that should be exposed. And the pageant was to help Parchment embrace that fact. "Richelle knows I only want the best for her and will only expose her to things for her overall development. Accordingly, she will trust my guidance without protest. I am sure it has served its purpose because she is now more confident," Wilson confessed.

Parchment capped 54 per cent (1,650) of the public vote, which propelled her into the competition as one of the top 20 finalists.

Guided by her philosophy 'anything human is possible', Parchment told Flair that being in the pageant is a testimony to that philosophy, and although she believes she was literally thrown into the situation without prior knowledge, she came out the victor. "I believe this truly shows that absolutely anything human under the sun is possible," Parchment was convinced.

Parchment revealed that pageants were not her thing, and if it was not for her mother she would not have entered. "I'm just not really a 'girlie' girl, and that's what I thought beauty pageants were about until I was in one. I mean, we still have to always dress up, but now I definitely know that it's deeper than that," Parchment explained.

Parchment revealed that she was impacted by the friendships formed during the competition, and it has improved her confidence and appreciation for absolutely everything in life.

Parchment noted that she appreciated the training sessions, interview practices, excursions to Dolphin Cove, Dunn's River Falls, Chukka Cove, and the courtesy call on the governor general , among others. "My MJW pageant journey has been absolutely amazing," she added.

Because of her outgoing, brave and courageous personality, on coronation night Parchment was awarded the most adventurous award. "I showed that I was up for any challenge," she explained.

"I guess you could call me the 'yes man' of the competition, and I guess because I was super fascinated with Rudi Kirlew's (franchise holder Laura Butler's brother and MJW committee member) motorcycle. He was one of our chaperones and would always ride his bike to our appearances. So I told him I wanted to learn to ride, so that's next on my agenda - to learn how to ride a motorcycle," she added.

A Wolmerian and past student of Hillel Academy, Parchment attended the University of Toronto and University of British Columbia where she received a scholarship as a result of the volunteer work that she did throughout high school.

Parchment toiled with the idea of what career path to choose, and did several professional tests with career counsellors to try and highlight her interests. "I was about to graduate from high school when my mom was also graduating from Norman Manley Law School, and it was like a light bulb moment. I said that's what I'm going to do. I'm going to be a lawyer. My mom was so passionate about law and I remember just wanting to be as passionate about something as she was with law, so I decided to follow in her footsteps," Parchment explained.

She then enrolled to read for her bachelor of law degree at the University of Technology and is currently awaiting graduation.

Parchment enjoys working out, cooking, volunteering, reading, creative writing, and has a passion and love for music and poetry. "I have also developed a keen interest in the Jamaican legal system, and as a lover of research and writing, it was only fit for me to pursue an education in law," Parchment shared.

"In five years, I hope to be a human-rights attorney working closely with the United Nations and making a difference in the lives of countless women and children worldwide, whose lives have been ravaged by poverty and its consequences. My mother is a possibility thinker and she has shown me how, with persistence and discipline, I can achieve anything. I believe that with consistent effort, I can save the women of my generation and those to follow," Parchment shared.