Taking Care of You - Period 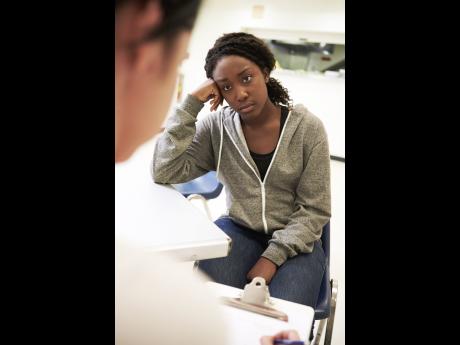 All women of child-bearing age go through a monthly cycle, though some have more difficulties than others. However, sometimes we need to take notice of the changes our bodies go through during this monthly ritual, as it might be speaking to us. Here are some of the things to look out for:

According to Dr Chris-Ann Simpson-Harley, consultant obstetrician and gynaecologist, there are several implications of a heavy period. Patients with heavy and irregular periods could be suffering from a condition known as menorrhagia (abnormally heavy bleeding).

Menorrhagia can be caused by a myriad of underlying conditions, which includes hormone imbalance, abnormal thyroid or pituitary function, uterine fibroids, ovarian dysfunction, among others; so take note and speak to your doctor.

While most women may experience cramps, dysmenorrhoea is the clinical term for painful menstruation. This can be caused by anything from a sexually transmitted disease to endometriosis.

Endometriosis occurs when the tissue that lines the uterus grows on the outside instead of the inside of the womb. This is treatable especially when caught early, but may lead to fertility issues if it goes undetected for a prolonged period. Another cause could be pelvic inflammatory disease, which is due to an infection into the reproductive organs, as well as adenomyosis - when the uterine lining grows into the muscle.

Spotting during and after your menstrual cycle can be caused by something as simple as hormone imbalance or something more serious such as uterine fibroids, uterine polyps, an infection, or cervical or uterine cancer.

All can be treated if found early but the longer you wait the more serious the illness is.

Polycystic ovary syndrome (PCOS) is one of the most common gynaecological issue affecting women. "It is very common, about five per cent of all women have PCOS," noted Dr Simpson-Harley.

According to the doctor, "This is a condition characterised by ovarian dysfunction (dysfunction of the ovary) and hyperandrogenism (increase in testosterone level), which can result in female infertility.

Simply put, it is a condition that can cause women to have irregular periods, acne (oily skin and pimples), grow extra facial hair, or lose hair. It is also difficult for women with this condition to become pregnant.

Some of the above 'symptoms', could be an indication of polycystic ovary syndrome. While it cannot be cured, it can be treated, so the earlier the detection the better the outcome. The longer it takes to treat, the more likely the woman is to suffer from infertility, obesity and endometrial cancer.

Therefore, never ignore the signs that your body gives you. Check them out with your gynaecologist.

Menorrhagia can be caused by:

Dysmenorrhoea can be caused by:

o Endometriosis, one of the most common causes.

Intermenstrual or post menstrual bleeding is usually caused by:

o Foreign bodies to the vagina.