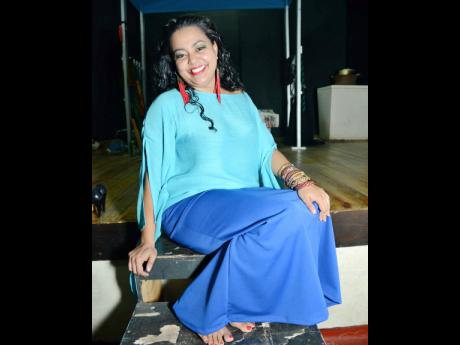 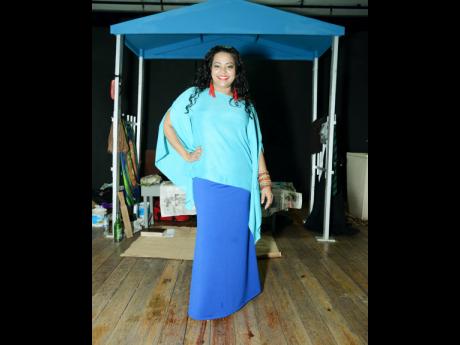 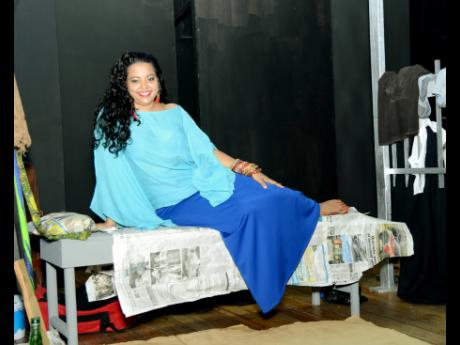 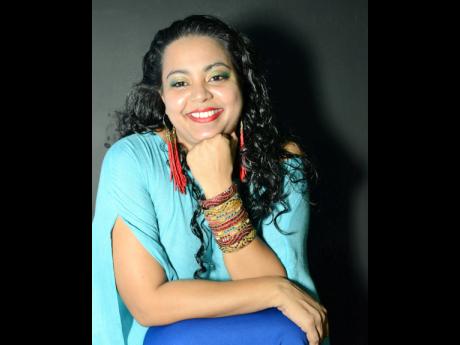 For her entire life, Scarlette Beharie has maintained a constant love affair with the arts.

During her academic life, her love has always been for the arts and humanities. "I failed CXC maths four times and the only science I enjoy is science fiction," she shared with Flair.

While in high school, she had a lot of success as a debater and public speaker and also did a bit of speech and drama through the Jamaica Cultural Development Commission (JCDC) festival of the performing arts.

"The JCDC festival is a very important agent for most of us in the performing arts who are not from Kingston. I know that my festival experience can be credited as my first official stage, as while living in Portland, and attending Titchfield High School, it was one of the few avenues we had as a creative outlet," Beharie shared.

When she started the University of the West Indies in 1996, she again found herself on a stage. "At first, I thought I would continue to focus on my debating and public speaking as my main extra-curricular activity, but I followed some friends into the University Dramatic Arts Society (UDAS) and the rest, as they say, is history," as she began to describe her journey to the stage.

So was it the experience in UDAS that lead to her involvement in theatre? "There certainly is direct correlation between my time in UDAS and what I do now. Originally, I was an actress, but I soon discovered technical theatre and all its magical facets, so that's the area (in which) I have been having my long-term grown-up romance for the last 15 years. After UDAS, I went directly into working as the coordinator of the Centre Stage Theatre Workshop (the amateur arm of JAMBIZ International) where we discovered and honed talents like Camille Davis and Courtney Wilson," said the vivacious Beharie as she shared some of the fun times she enjoyed.

After about four years at JAMBIZ, she moved across to Basil Dawkins Productions where she spent six years as his stage and production manager.

Today, she is at the helm of her own production company - Scarlette Beharie. Samson & Di Liar is Behaire's first independent commercial venture under her production company. Beharie is not new to the business of producing and directing, as, in the past, she has produced for other commercial houses and has spent some time directing non-commercial theatre and has done extensive work with organisations like the Jamaican arm of the International Theatre Institute which produces the annual Actor Boy Awards.

"I co-produced and directed ABA's for six years. In addition, I am also the immediate past president of the Jamaica Association of Dramatic Artists for which I produced plays, readings and live events over the last four years," disclosed the proud director and producer.

Producing and directing is a natural progression for Beharie. It is the new challenge to push her creatively and entrepreneurial skills. When asked how has her new role been so far, Beharie responded, "Samson & Di Liar has spoilt me. It has been a lovely intimate experience with two of our most talented actors - Tony 'Paleface' Hendriks and Ricky Rowe, with a script they have co-written based on an original story from Winston 'Bello' Bell - this kind of talent and material combination is a new producer/director's dream and if our audience reaction is anything to go by, we have managed to get it right, so I am very pleased going into our final week at the Little Little Theatre."

With the play currently running until September 20 at the Little Little Theatre, before going on the road, she has no plans to discontinue producing commercially successful plays, as she does not only believe in art for the sake of art. Beharie is a fan of doing work that sustains her not only creatively, but also economically. "At the end of the day, when all the razzle dazzle is stripped away, theatre is essentially a medium for expressing and exposing the human condition. It moves across the spectrum of all of our life experiences, from reality to fantasy. It is a mirror, it is a reaffirmation, it is conscience and memory, and it is escapism."