Regina and Rasheed say 'I do' 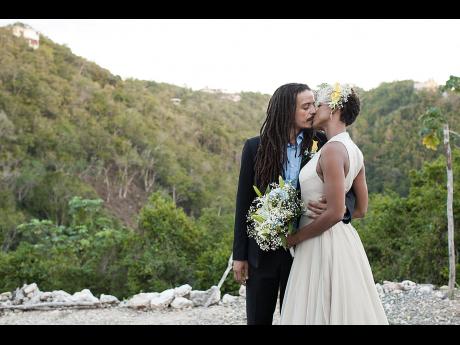 Contributed
Regina and Rasheed seal it with a kiss. 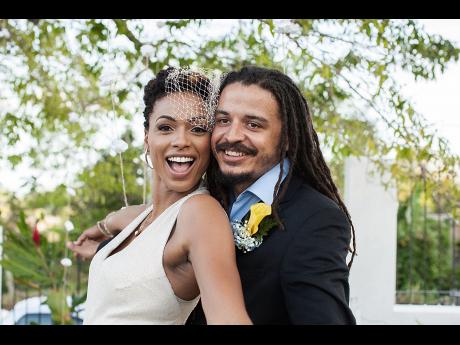 Contributed
Though a love which progressed organically after three years of dating, Regina and Rasheed are now united as one. 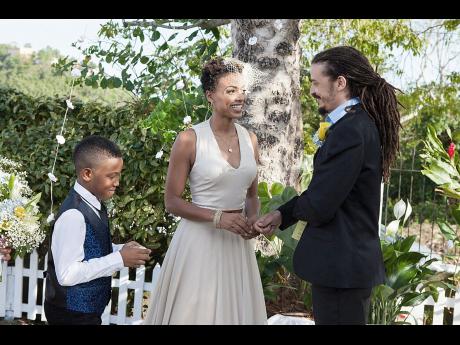 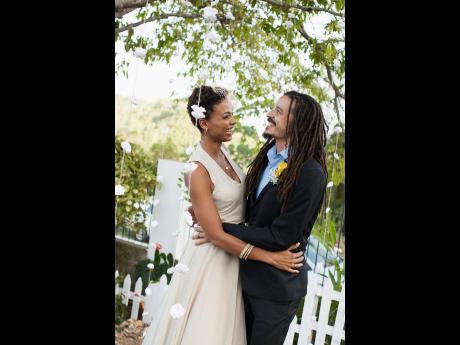 Contributed
The happy couple is all smiles after exchanging vows.
1
2
3
4

Regina told Flair that they had known each other for quite a few years. "We saw each other around for years, since we had mutual friends. But we didn't officially meet until the summer I graduated from high school, in 2001. I remember him telling me that I would win Miss Jamaica later that year, and blushing, I said 'thanks'."

The relationship continued along in that friendly but unfamiliar way for a while. "Many years passed and we were on a 'hi', 'good to see you', 'how you doing?' basis. I knew he played in the band Skygrass. He knew I was now a media personality and former Miss Jamaica, but that was about it - smiles, hi and goodbye."

But Cupid had other plans for the couple, and soon, the stars aligned. "About three years ago, my best friend, Shani Davies, and his childhood friend was about to migrate, and decided to invite all of her friends out for one final 'link-up' at The Macau Bar and Lounge. It was the first time that we actually genuinely conversed. We connected instantly. We were going through similar phases and realised that we were on the same page. Sparks flew and we have been sparking ever since," the blushing bride beamed.

McCallum, on July 9 this year, decided to pop the question and ask the love of his life to be with him forever. Beavers said that he stepped out of character to make the moment special for her. "He went on one knee one night after an intense Yoga session, which completely took me off guard (he isn't the down-on-one-knee type of guy). Between my hysterical laughs, I said 'yes'."

For their big day, the couple decided to keep things simple. "We decided to have a small intimate family dinner-ceremony, as we wanted to focus on the marriage and not too much on the wedding," she said.

With the bride wearing a stunning Drenna Luna dress, with a Maxine Brown fascinator, the couple exchanged vows at the bride's mother's house in Coopers Hill, St Andrew.

"It was intimate, sweet, and we enjoyed every bit of it. It was exactly what we wanted."