Mahaish Alexander - From Bank to Kitchen 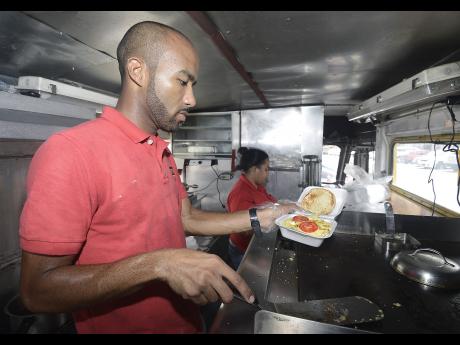 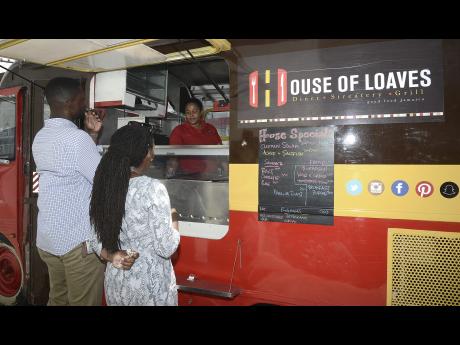 Cooking for Mahaish Alexander has become second nature as his mother was a caterer, and he was always surrounded by her cooking.

After working at a prominent bank in Jamaica for seven years and holding various positions, he realised his passion was elsewhere - opening his own restaurant. That desire gave birth to his mobile kitchen, House of Loaves. "I ultimately realised that my passion lied elsewhere. Although I am appreciative of the opportunity I had working there, I found more joy brainstorming ideas for different meals I could prepare for others," Alexander told Flair.

Alexander realised he had a knack for cooking when he moved away to study at the Eastern University in Pennsylvania and he had to start preparing his own meals. "I realised I was into cooking from my experience in college. When I moved away from home and I had to go on a meal plan. The food I was eating tasted insatiable, and sometimes I wanted to eat more after staying up for hours studying. It was then that I realised that I inherited a knack for cooking from my mother," Alexander disclosed.

He visited various restaurants and got ideas of what he would like his restaurant to be like. Though it never happened as planned, he is on his way. He decided to name his venture after his mother's delicious loaves, the recipe for which has become the centrepiece of his business.

House of Loaves has been in operation for four months and offers great breakfast - the Jamaican way. They are currently parked at North Side Plaza in Liguanea, and provide only breakfast at this time such as ackee and saltfish, callaloo, stewed and curried chicken, gizzard, chicken liver, salt mackerel rundown with boiled dumplings and other ground provision.

They are also known for their talk-of-the-town Johnny cakes. "We try to give a wide variety of options to our customers and we change it up often (but not too much that they can't have their favourite meals) and that they can get used to it," he shared. Alexander can be found at their current location every morning as early as 7 a.m. until 11 a.m.

"My motivation is to see people happy, and I do that through seeing our customers enjoying their experience at House of Loaves. The feedback is also important to us, so we aim to please as best as we can. We enjoy what we do, and by being happy we expect to see others happy as well. We have a lot of ideas in the pipeline which we plan to execute in the very near future. One of which entails a charity arm that will feed people across the island. If we could feed everyone in Jamaica for free we would do it without hesitation," Alexander concluded.

His first mission was to transform the old truck he had inherited from his uncle in 2012. His uncle had an ice cream business (like Alexander' grandfather did in the '60s) until 2009. Within two years, the truck was transformed into a mobile kitchen - with a fridge, freezer, stove, sink, grill, cam-corner, insulated food storage and mini fans to cool the area.

"Most things I did by myself with my uncle who is a registered medical practitioner. I sourced parts from overseas and locally and we engineered the truck to our ergonomical preferences. Whatever task was out of our realm, we would outsource professional expertise," Alexander explained of his venture.

Of course, he faced some financial constraints as well as mechanical problems, but he persevered. "Being the driver of the truck enabled me to learn more about it mechanically, therefore, correcting its problems when they arose. In relation to financial constraints, that is still a challenge we face as the business is 100 per cent self-financed. Hence, we are open to investments in the event that the right person, who shares our vision, comes along," Alexander explained.

Alexander lives by the mantra "No matter the hurdles that lie ahead, never give up. Keep focused on your dreams, keep your distance from the naysayers, and put God first." He continued, "It also helps to always refer to the question 'what would you attempt to do if you knew you could not fail?' Therefore, believe in yourself as your faith will always be tested."