From Puppy Love to Matrimony: the Hew-Langdon Love Story 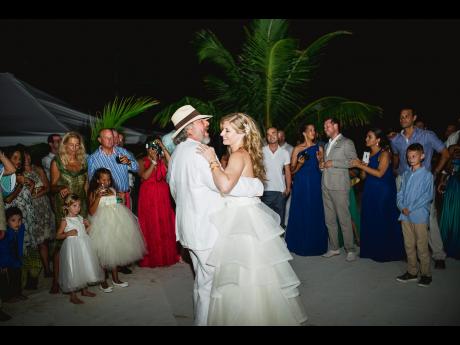 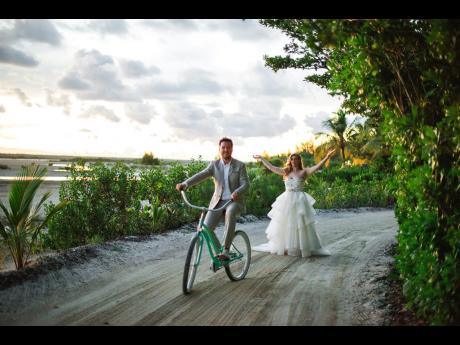 Contributed
Ride-away groom? It seems Allan left his bride behind, but no worries, he turned back and they soon rode off into the sunset as husband and wife. 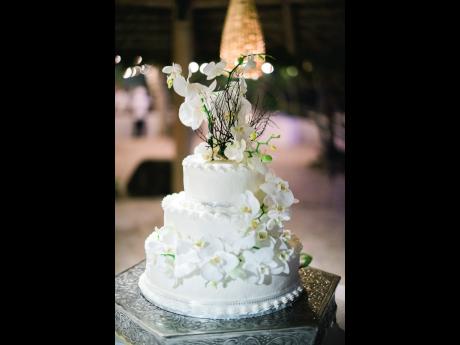 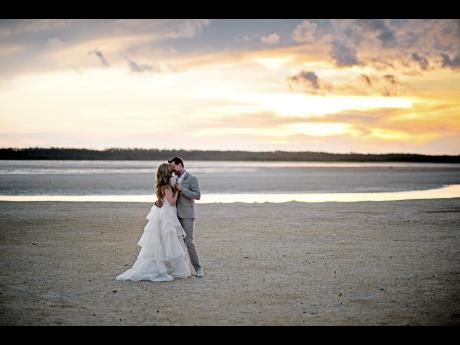 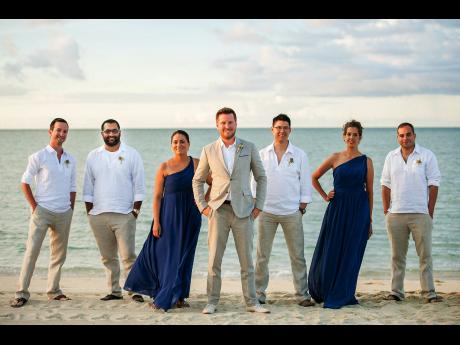 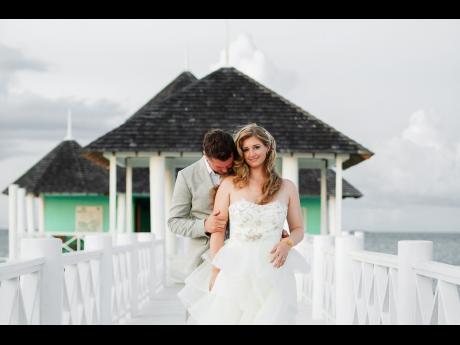 What was once a young romance, blossomed into a deep love that felt oh so right. That was the tale experienced by Kimberly Hew and Allan Langdon.

According to Kimberly, they apparently knew each other as babies, but had no recollection of the encounter until they were 'reunited' as adults at a family function. "We both had crushes on each other, but he soon returned to Jamaica and I remained in Miami, where I resided," she disclosed.

They would see each other periodically, and everyone could tell that their chemistry and compatibility was the real deal. But the timing was always off. "For a time, he had a girlfriend when I was single, I had a boyfriend when he was single, or we were both committed to other people at the same time," she explained.

However, one day, this all changed when her cousin intervened and played match-maker. She explained: "My cousin sat me down and told me that Allan flew up to Miami just to see me, and proceeded to inform me that we were going on a date. Well, we went out and got together that same night."

That was five years ago.

They began dating that same night in August 2010. This meant a long-distance relationship, but soon enough, that evaporated when Kimberly moved to Jamaica that November.

She knew right away that he was the one for her. Allan, on the other hand, took a while to warm up to the idea of happily ever after. Two years ago, they moved in together and made a little family with Kimberley's three dogs: M.B., Walter, and Hercules. There were moments of break-ups and make-ups, and slowly, but surely, he came around, and would prove his unconditional love to her with a personalised proposal.

Under Duress She Said Yes

Allan had made all the arrangements for them to go to to Cap CafÈ for coffee with friends, but Kimberly said no, because she was just recovering from chik-V. But he insisted. She would later find out why.

When they arrived, she realised there were no friends, but she surmised they had already left. After coffee, they were heading home to get ready for a night out, when he decided he just needed to use the restroom. "We stopped at Holywell for him to pee and he said he needed a flashlight. Of course, I was confused at this point, I turned to him and said 'Why would you need a flashlight to pee? Why don't you just go?" He started searching for one in the cooler so I began helping him with the light on my phone.

Soon after, he ended up behind me and said he found it. When I turned around, there he was, on one knee, with a ring glistening from the phone's light. He said, 'Kimberley Hew, will you marry me?' I asked him if he was messing with me, in more colourful, colloquial words, and he responded that he would never do that to me. I was so shocked I had not even realised that I hadn't answered. It wasn't until he asked, 'You're not going to say anything?' that I immediately said 'yes!'."

The two went home, where they were greeted by an impromptu engagement party, orchestrated by Allan. "I could not believe it. My friends even yelled surprise when we walked in! I was so happy to share such a wonderful moment of my life with them."

According to Kimberly, "I did absolutely no wedding planning for my big day." Instead, the planning was designated to their wedding planner, family members, and friends. "They asked me what colour I liked - blue and green - and I organised the flights to the venue. I also knew where I always wanted to get married, so they arranged for that, and we decided to have a beach wedding because that was the only place that everyone could fit at the venue," she added.

On June 20, 2015, puppy love was traded in for long and lasting love in holy matrimony in a destination wedding at Kamalame Cay in The Bahamas. The bride was a vision of beauty and elegance in her white dress, topped with layers of tulle. While the groom stepped up his game in a warm grey Ted Baker suit.

The afternoon ceremony was picturesque - the sun set the tone for a breathtaking view overlooking the beach. Two-hundred and fifty guests joined in celebrating the bride and groom as they declared their love to each other and became one.

The reception took place along the stretch of the beach, next door to the ceremony under a great white tent. The decor from both the ceremony and the reception were all courtesy of the property, "We didn't order any flowers or anything like that. We found everything from Kamalame, like the centrepieces. We gave them full liberty to find it and go, and I was amazed by the outcome."