'Men cannot remain spectators while women continue to be held down' 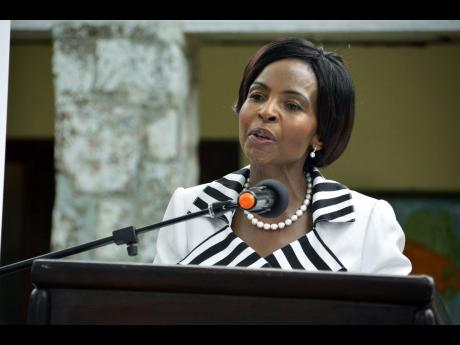 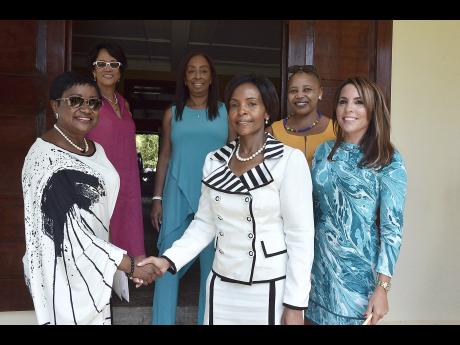 A South African government minister is calling men to action - noting that they can no longer justify passive involvement or remain spectators in the fight for equality, while women continue to be held down.

Maite Nkoana-Mashabane, minister of international relations and cooperation, made the statement while addressing women at the International Women's Forum (IWF), Phenomenal Women Luncheon at the Bellefield Great House in Montego Bay recently.

Staged by the IWF Jamaican chapter in collaboration with Scotiabank, the event was tagged 'Women's Leadership - Driving Transformation and Sustainable Development'.

Speaking with conviction, Nkoana-Mashabane said it was time to break the glass ceiling "which stubbornly holds women down". She stated that like any other developmental endeavour, this was not an exclusive responsibility of governments, neither was it a struggle for women alone.

Referencing the Beijing Declaration and Plan of Action, she said that plan made a determination to "encourage men to participate fully in all actions towards equality".

According to the minister, there is a general consensus that women continue to play an important role in political, economic, and social discourse. "Women, however, have not benefited as substantially as their male counterpart from economic growth," she argued.

Expressing her concerns with the pace at which women have been recognised and included, Nkoana-Mashabane, said that 70 years after the UN Charter and the Universal Declaration on Human Rights in 1948, it is inconceivable that all over the world women are still excluded in varying degrees from the decision-making process on issues that affect their lives.

She is, however, heartened by the launch of 'Planet of 50-50 by 2030: Step It Up Gender Equality' initiative, which asks governments to make national commitments to remove all forms of barriers which hold back women and girls.

"We have gathered here in our capacities as gender-equality advocates," she told the IWF members, which included the first female president of one of the country's largest banks, Jacqueline Sharp of Scotiabank; businesswoman and former politician Paula Kerr-Jarrett; IWF Jamaica president Minna Israel, and a host of female business owners, attorneys and auditors.

"We must do everything in our power to realise the vision of the Beijing collective and take corrective measures where necessary," she told the women of power in attendance.

Even before the South African minister's words, Jacqueline Sharp in her presentation said women continue to be very involved in the development of business in Jamaica.

Sharp announced that of the 25 high-potential SME's selected for the bank's recently launched 'Scotiabank Vision Achievers' programme, 50 per cent were female-owned businesses.

"As female leaders, it is our responsibility to encourage, inspire and support other women to take the next step forward," she said.